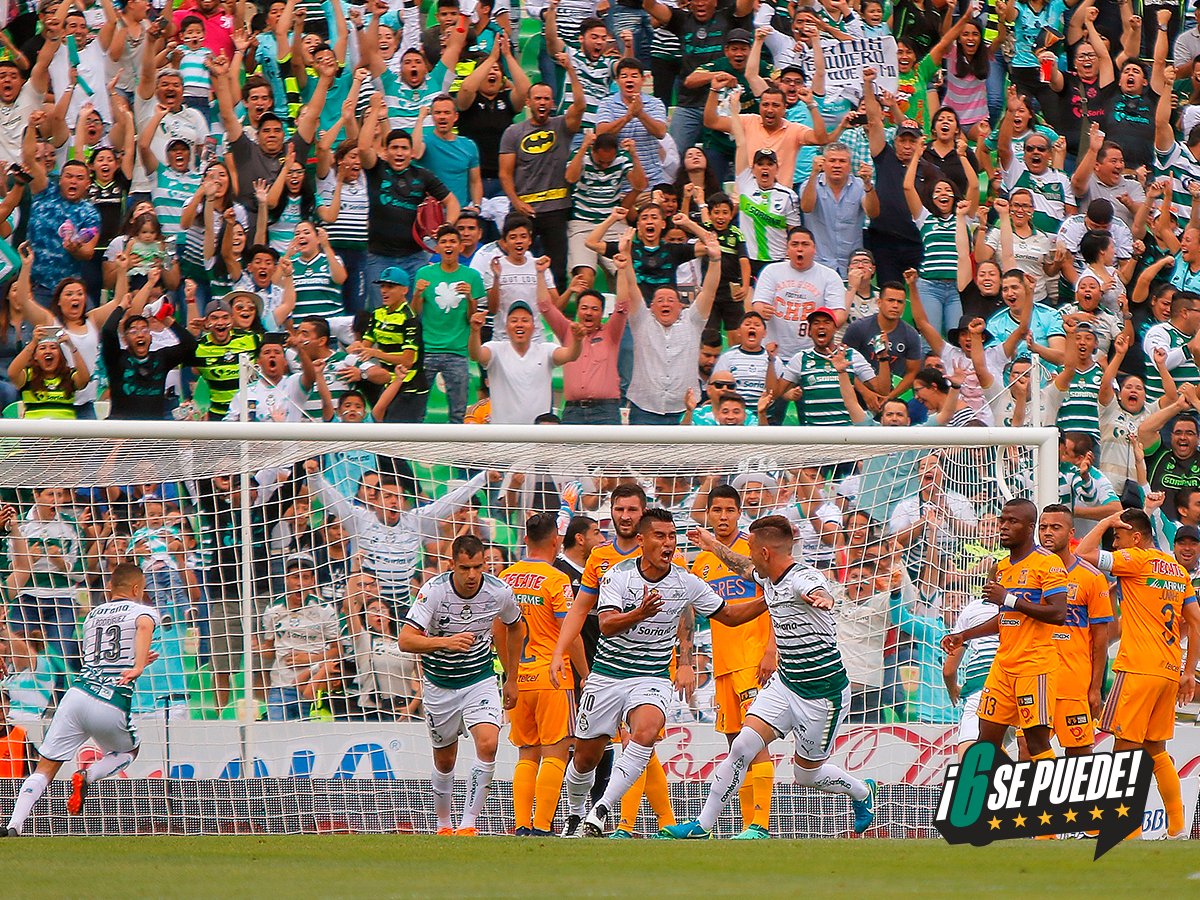 The second leg of matches for the Liga MX playoffs finished on Sunday night but not without some crazy conclusions.

Here’s a quick recap of what happened:

Club America already had a commanding lead over Pumas after finishing the first leg 4-1. They solidified their lead in the second leg of the quarterfinal on Saturday night when Mateus Uribe scored just four minutes into the game. Jesus Gallardo would score one for Pumas in the 44th minute of play but two red cards for his team and a goal from America’s Ibarguen secured the 6-2 aggregate lead for the Aguilas, and they advanced to the next round.

Despite America being the heavy favorite for their quarterfinal match, Santos was not favored to win over Tigres. After Tigres won the first leg 2-0, the team needed just one goal in the second leg to make it nearly impossible for Santos to advance on Sunday night. However, it was Santos who would score in the 17th minute thanks to Osvaldo Martinez. It was a good start but not enough for Santos to advance and when Jonathan Rodriguez earned a red card in the 28th minute—the “nearly impossible” once again seemed to be at play for Santos. However, it was Djaniny who would come to Santos’ rescue and score in the 73rd minute against a lukewarm Tigres, allowing Santos to advance based off their standings in the regular season.

America and Santos face off for the first leg of the semifinals on Thursday, May 10th at 5:30 PM PST.

Xolos draw against Monterrey Wednesday night was shocking but Monterrey were still the heavy favorites to advance to the next round. When their second leg took place on Saturday, Xolos took the lead early in the 5th minute of play with a goal from Bolanos. Xolos’ Lucero scored in the 23rd minute to give the team a 3-1 aggregate lead and despite Monterrey’s best efforts to try to take a lead and even scoring a goal of their own in the 47th minute by Dorlan Pabon, Xolos would be the ones to advance.

Just as the first leg ended in an exciting draw between Morelia and Toluca, Sunday’s match had the same amount of feeling. Toluca started the game early with a goal from Borja in the 2nd minute. The game remained 1-0 for a majority of the match but the intensity picked up quickly in the last minutes of the game as Toluca’s Sambueza scored in the 86th minute. It seemed Toluca had sealed their spot in the semifinals until Morelia came and scored two goals in less than two minutes from Loeschbor and Sansores. The game would end in a 4-4 aggregate with Toluca advancing based on regular season standings.

The first leg between Toluca and Xolos takes place on Thursday, May 10th at 7:30 PM PST.

Liga MX Liguilla First Leg Wrap Up: What You Missed
An In-depth Analysis of Liga MX’s Best Finishers
To Top