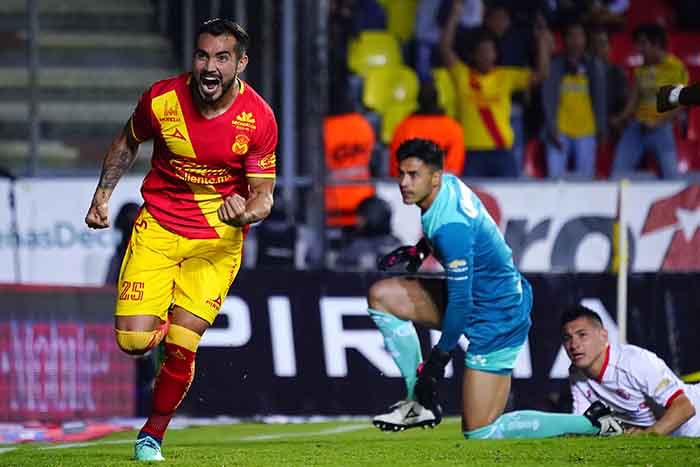 The first leg of matches for the Liga MX playoffs finished on Thursday night but not without its share of surprises. Here’s a quick recap of what happened:

America proved they were still the dominant team in the first leg match against Pumas as they secured a 4-1 victory. Despite finishing the last five matches of the regular season with just one victory and being eliminated from the CONCACAF Champions League in the semifinals, Club America proved doubters wrong by starting the Liguilla strong with a goal in the very first minute of play from Mateus Uribe. He would go on to score again in the 38th minute. Pumas tried to counter with a goal of their own in the 44th minute off a penalty kick from Nicolas Castillo but Jeremy Menez would solidify the victory for the Aguilas with two penalties of his own in the 30th and 61st minute.

The second leg will take place on Saturday, May 5th at 5:00 PM PST.

Xolos was able to successfully hold down a powerful Monterrey attacking side and ended the match in a 1-1 draw Wednesday night. Monterrey, who ended the regular season in 3rd place, opened up the score line in the 39th minute with a strong goal from Dorlan Pabon outside the 18-yard box. Xolos would retaliate with a goal of their own in the 53rd minute from Ignacio Rivero and stayed leveled for the remainder of the match. It was a lukewarm clash, with only three shots on goal from Monterrey and seven shots from Xolos the whole match. Both teams go into the second leg satisfied that the ability to advance is still available to either side.

The second leg kicks off between the two on Saturday, May 5th at 7:00 PM PST.

Fourth place Santos took on fifth place Tigres on Thursday night and even though the night didn’t start strong for Tigres, it would be Hugo Ayala and his header that would give them the lead in the 22nd minute. The game would remain 1-0 for a the remainder of the first half and late into the second half as well until Tigres was awarded a penalty kick in the 79th minute that was scored by ‘Mr. Liguilla’ himself, Andre-Pierre Gignac. Santos Laguna, who have been without Nestor Araujo on the defensive end, fell to Tigres 2-0 in this first leg, making it much difficult for them to play catch up going into the second leg.

First place Toluca started the match strong after Pablo Barrientos intelligently saw Morelia’s goalkeeper, Sosa, off his line and kicked the ball from way behind the 18-yard box to get the goal and give his team the lead in the 15th minute of play. The rest of the excitement fell in the second half of the match, when Mario Osuna followed the deflection and brought Morelia level in the 56th minute. Less than 10 minutes later, Morelia’s offense would come to challenge again and a cross from Valdes would fall perfectly to Loeschbor who shot it into the back of the net. But Morelia’s defense became too calm in the back and in the 79th minute, Toluca’s offense would respond when Uribe found himself in the box with the ball and enough space to get the ball past the keeper. The match would end in a 2-2 draw and lots of excitement for what’s to come in the second leg.

An In-depth Analysis of Creative Players in Liga MX
Liga MX Liguilla Second Leg Wrap Up: Here is What You Missed
To Top