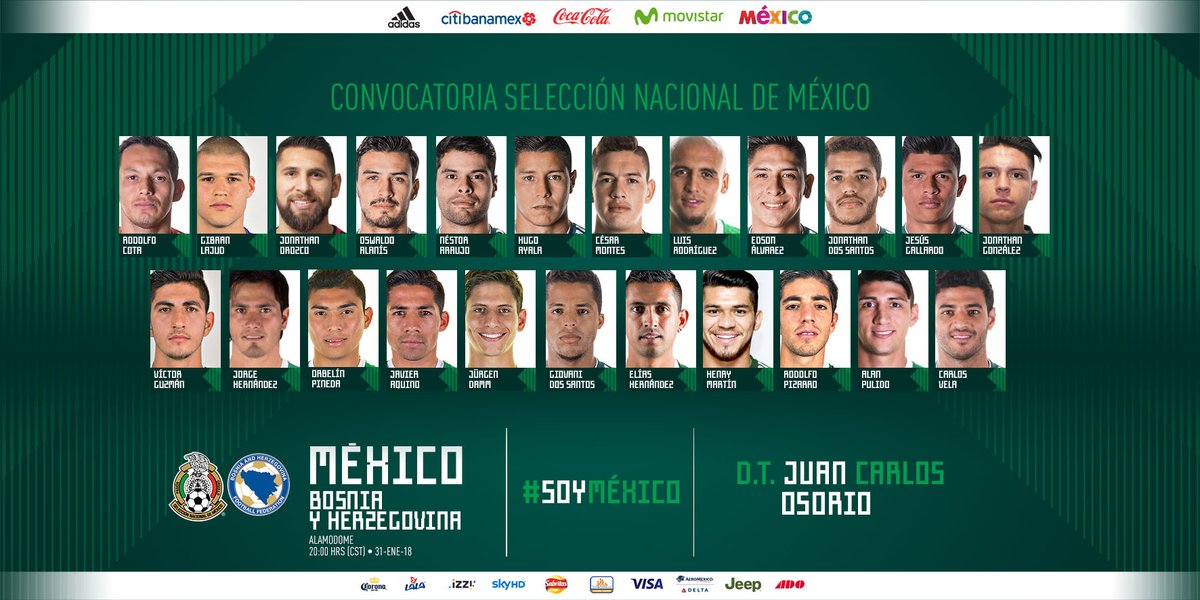 After his one-time switch got approved by FIFA this week, former USA youth international midfielder Jonathan Gonzalez headlines Juan Carlos Osorio’s latest 23-man squad, which will travel to San Antonio to take on Bosnia and Herzegovina in a friendly match at the Alamodome on January 31.

The 18-year-old Monterrey midfielder, noted for his pressing, tackling, and passing, gets his first chance to make an impression on more than just the Apertura 2017 subcampeons in duties that El Tri have found few players of their own to be able to perform.

But Gonzalez is not the only noticeable headliner from Osorio’s latest squad. The Dos Santos brothers and Carlos Vela, who is in preseason preparation ahead of his maiden season with Major League Soccer, also make appearances in the roster list.

But the three former Europeos are hardly the most interesting or compelling names on the list. Outside defenders Edson Alvarez and Luis Rodriguez could be featured players in wide positions in the friendly.

Although many players called up for the friendly may be on the outside of the squads Osorio has typically relied upon, the diminishing of playing time for many of his featured Europeos could mean that any player could come out of the friendly with the something that looks like the beginnings of a World Cup call-up or simply more meaningful minutes in later friendlies.

Here is the full list of convocados for the late January friendly against Bosnia-Herzegovina.

Jonathan Gonzalez decides to represent Mexico over the United States
Mexico vs Bosnia and Herzegovina: 2018 Friendly Match Preview
To Top