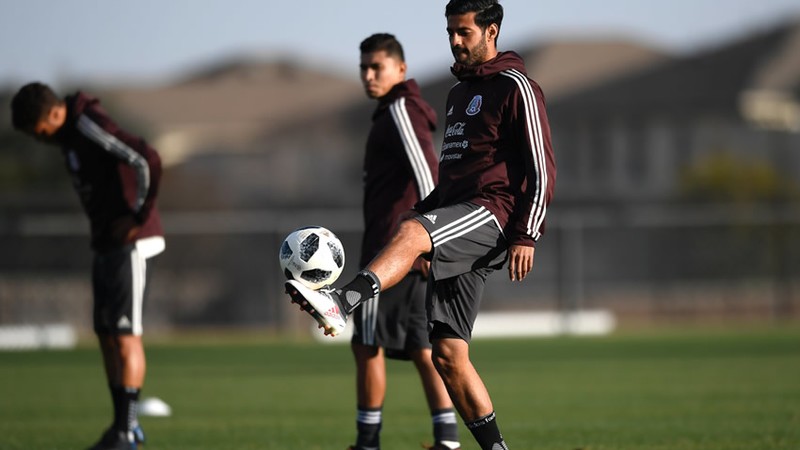 While a friendly that takes place outside of the FIFA international calendar might not seem to matter, it presents an opportunity for locally-based players to make an impression on manager Juan Carlos Osorio for more games.

With the World Cup approaching, Mexico’s January 31 friendly is an opportunity for many players to convince the Colombian-born tecnico of their value in one of several different positions. While Bosnia and Herzegovina might not seem like the kind of opponent El Tri would be able to ‘experiment against’ without consequences good or bad in normal circumstances, the domestic side brought to the United States by manager Robert Prosinecky is not particularly experienced.

Before The Dragons‘ 0-0 draw against the United States on Sunday, only five players in Prosinecky’s squad had ever been capped at the senior level. And only Philadelphia Union midfielder Haris Medunjanin and Qarabag goalkeeper Ibrahim Sehic had made more than five appearances before Sunday’s match.  And including Medunjanin and Sehic, only six players ply their footballing trade outside of Bosnia and Herzegovina–something that was expected for a match not scheduled on a FIFA international date.

Given the combination of Liga MX and international experience of the squad Juan Carlos Osorio has put together for the friendly, the expectation for some at the Alamodome is for the team to play to entertain and not just play pragmatically. There might be experiments at various positions and with various attacking and defensive approaches for a number of players like Luis Rodriguez, Edson Alvarez, Jonathan Gonzalez, and even Jonathan Dos Santos.

For Osorio and his staff, the experimentation and combinations of players and approaches will be far more important than necessarily the result when looking toward Russia and the first international break of 2018. But the Bosnia and Herzegovina side his side will face is not necessarily one with Edin Dzeko, Emir Spahic, Miralem Pjanic, or any of the other Bosnian extranjeros many would recognize without an extensive Google or YouTube search. (There is no American or Mexican rightsholder for the Bosnia-Herzegovina Premier League or Bosnia’s lower divisions.)

However, a goalless draw, or loss without lots of chances created for El Tri, and the Mexican goalkeeper being forced to keep the team in the match could amplify the calls for Osorio’s freedom to pick his own players and where and how they might play to be limited at the very least. But there are two other worries people could take away. First, it would reduce the chances of the Mexican Football Federation (FMF) renewing Osorio’s contract for another cycle. Second, even with maintaining the result of the 2014 FIFA World Cup that Miguel Herrera achieved, Osorio would end up having significantly less bargaining power to get better terms in a new contract. Third, a poor result could start to rule out most of the players called up to this match from getting a place on Mexico’s World Cup squad.

The squad that Osorio will lead to the match against the Dragons is also depleted from the original squad Osorio sent out. Injuries to Victor Guzman and Alan Pulido take away two attacking players whom Osorio might have used to fill in holes at key primary positions. Guzman, who until this season had played as an outside defender and midfielder, became an effective scorer for the Tuzos this season as a forward. Alan Pulido, still the league’s record signing, provided a focal point to El Rebano‘s attack. (The poor record and lack of effectiveness on the attack that Chivas has without him confirm the striker’s importance to that team.)

But in the World Cup, with much more pressure, El Tri will have to deal with the possibility of injuries to and suspensions of key players at inopportune times. And so, whether El Tri meets its obligations in its first trial of 2018 could be a prototype of how the side responds to adversity in games that matter more.

And in the match, one component of Osorio’s starting lineup is already known–goalkeeper Rodolfo Cota.

The match kicks off at 8:30 PM Eastern Standard Time (UTC -5) (7:30 PM in Mexico City) and can be seen in the United States on UniMas and UDN, and streamed on the Univision Deportes app, Sling’s Best of Spanish TV package, FuboTV, and Univision Now. In Mexico, the match will be shown on Televisa 5, Azteca 7, Televisa Deportes Network (TDN), and UnivisionTDN.