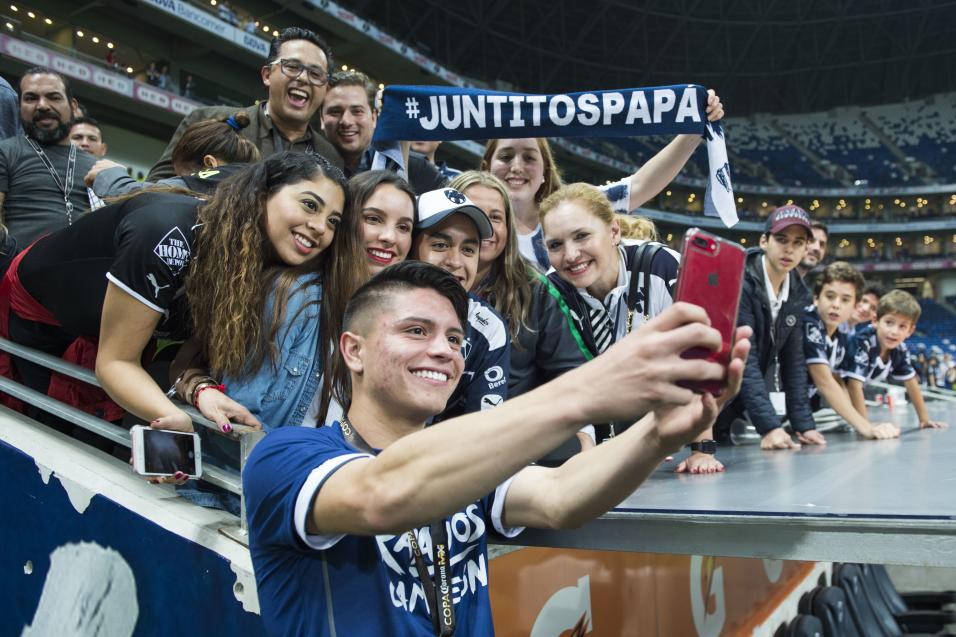 After being courted by both the United States and Mexico, 18-year-old central midfielder Jonathan Gonzalez has opted to represent El Tri over the United States, according to an exclusive report by Univision Deportes.

The 18-year-old midfielder emerged as one of Antonio Mohamed’s key central midfielders in only his first short tournament as a first team professional on the Apertura’s super-leaders and finalists. Gonzalez had been very much in the United States camp, representing the Stars and Stripes, captaining the U-17 side and playing with the Stars and Stripes at the U-20 World Cup.

But after his emergence in 2017 and the United States’ failure to qualify for the 2018 FIFA World Cup, Gonzalez rejected a call-up from the national team that he had been believed to have preferred to a November friendly, which opened up the possibility that Gonzalez to be courted by Mexico.

Ultimately, after conversations with representatives from the FMF at his home in December, including manager Juan Carlos Osorio, and consulting with his parents, Gonzalez was convinced to represent El Tri at the senior level.

But Gonzalez is not the only recent former U.S. youth international to have made the recent switch to El Tri. Tigres midfielder Uvaldo Luna made the same switch back in 2012, except he had switched to represent El Tri at the under-20 level. (Luna is reportedly on the move to Colombian giants Independiente Medellin.)

Gonzalez, 18, was born in Santa Rosa, California and grew up there, before being discovered by Monterrey in an Alianza youth tournament near his home town and moving to greater Monterrey at the age of 14. He had also spoken Spanish in his home before his move to Mexico, and had been previously advised to represent Mexico by his parents before his ultimate switch.

The switch might also be seen in two other aspects. First, the FMF’s and Mexican clubs’ efforts to recruit players from the United States might be starting to pay dividends for El Tri. Second, the presence of anti-immigrant advocates in positions of power in the United States on cultural grounds, as well as those who harbor deep (institutional) racism against Latinx-Americans, including Mexican Americans, might already affect the USSF’s recruitment of non-white players who are eligible for more than one national team.

If Gonzalez completes the one-time switch in time, he would be called up to Mexico’s friendly against Bosnia-Herzegovina on January 31 in San Antonio.