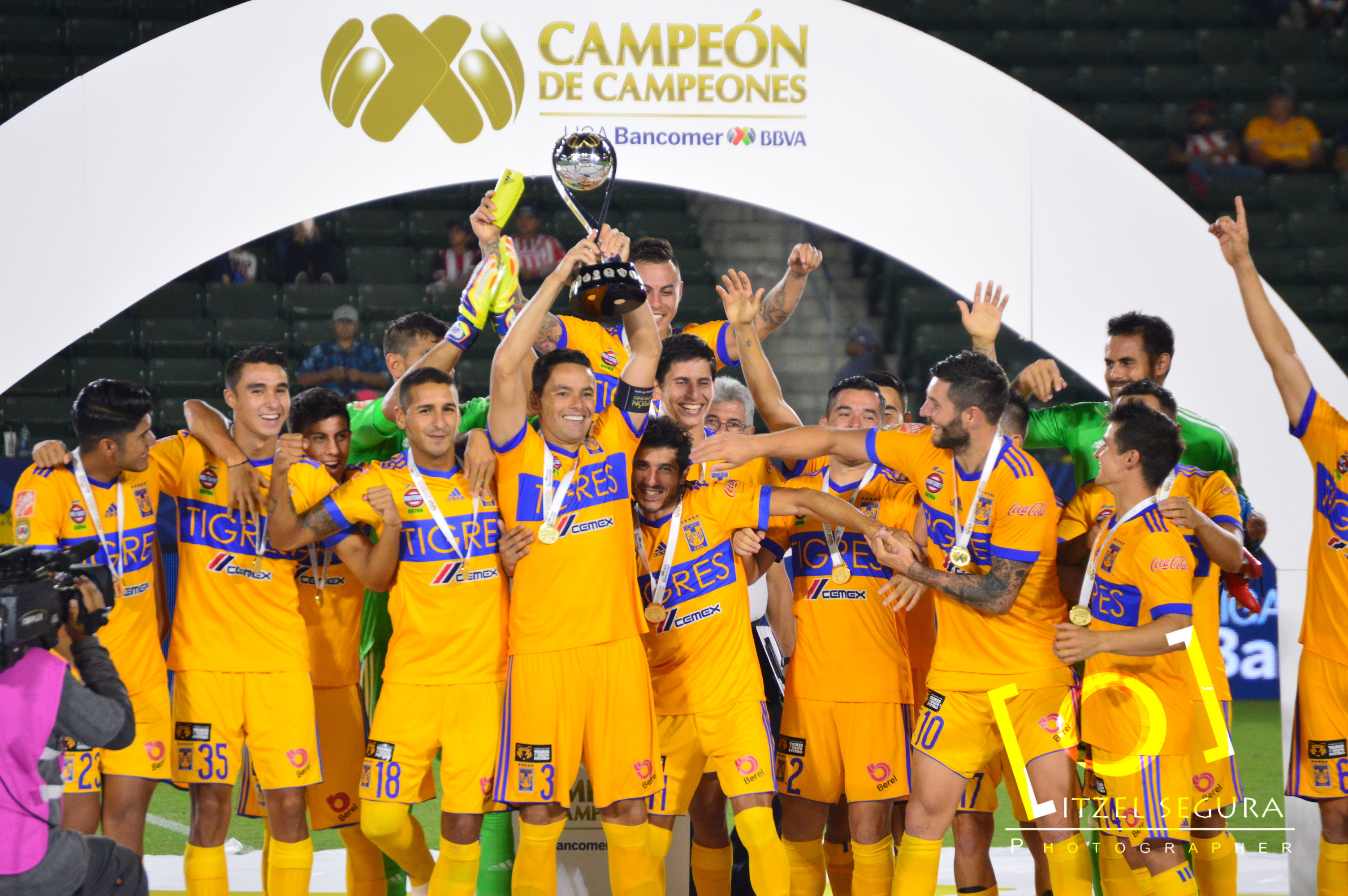 StubHub Center became Liga MX central over the weekend as the stadium located in Carson, CA became host to a double-header dose of matches: the Super Copa MX against America and Queretaro and the Campeon de Campeones between Chivas and Tigres.

Although pre-season games for all teams, the absence of matches for over a month and a half was enough to get fans from all across LA to Carson for a chance to see their favorite Liga MX teams. There was an attendance of over 25,600 fans — marking the event as completely sold out.

The first match was against America and Queretaro for the Super Copa MX. For America, it was a chance to re-introduce themselves under the newly assigned leadership of former coach Miguel ‘Piojo’ Herrera who has returned to the team after being at Xolos for two years. However, the match proved to lack luster from America’s side and for Queretaro, it was exposing America’s mistakes that helped them get the penalty in the 11th minute of play. Emmanuel ‘Tito’s’ Villa’s goal gave Queretaro the lead and allowed them to solely focus on defending until the the halftime whistle blew.

America tried to come out stronger in the second half but appeared to be off. Passes couldn’t be completed, players failed to communicate with each other and Queretaro was able to read the plays that rarely happened. The slow-paced definition from America gave way to another goal from Queretaro in the 63rd minute when Hiram Mier beat two America defenders in the air to score the second goal and secure his team’s 2-0 victory to crown them Super Copa MX champs.

Overall, Queretaro dominated strategically to score their two goals while America fizzled. Despite being a preseason match, these two clubs will face off again in Jornada 1 of the Apertura on Saturday, July 22nd. As of now, Queretaro has the upper hand.

For Campeón de Campeones, an official tournament that has the winner of last year’s Apertura with the winner of this year’s Clausura, it was a double showdown. Tigres, being the reigning champs of the 2016 Apertura, was also the runner-up in the 2017 Clausura match where Chivas was able to redeem themselves after over 10 years without a title.

The stands were painted Red and White as fans drew in to watch a deja vu-like scenario take place once again in Los Angeles.

Despite the lack of major players on the field for Chivas such as Alan Pulido (who was injured during a pre-Gold Cup match), Rodolfo Pizzaro and Orbelin Pineda who are also on Gold Cup duty, Tigres had their own set of absences due to national team duty with key player Jesus Duenas not with the team.

At the start of the match Chivas seemed to be the dominating side who seemed inspired by the crowd who was largely in their favor. However, once Tigres was able to find their rhythm, the possession shifted dramatically. A few chances from Tigres’ Andre Gignac that were left unfinished as well as good recoveries from the Chivas defense left the first half scoreless.

The second half of the match began the same way but the possession from Tigres finally paid off in the 60th minute when Chilean striker Eduardo Vargas gave his team the lead that would lead to their Campeon de Campeones… campeonato?

Tigres were able to get vengeance from last season and are off to good start after failing to get a title in the 2017 Clausura.

Both teams are still considered favorites for the Apertura title which will kick off next week but for now, Tigres starts with the upper hand and confidence.