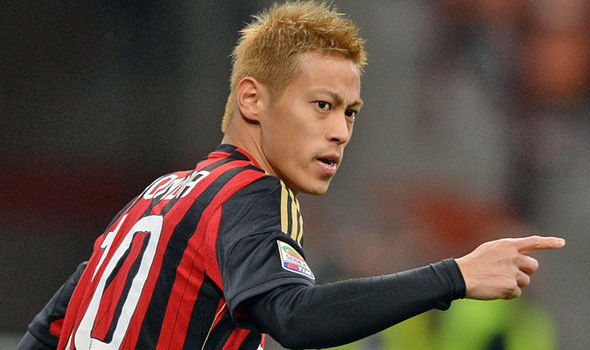 The summer has left many players coming and going from Mexico to Europe.

The most recent addition to the Liga MX roster is AC Milan’s Keisuke Honda whose signing was announced via Pachuca’s twitter account on Friday that he would be signing with the club for next season.

Honda had previously been linked to numerous MLS teams after becoming a free agent at the end of last season but now seems to be the key replacement at Pachuca for Hirving ‘Chucky’ Lozano who signed with PSV last month.

The Japanese international will join the current CONCACAF Champions League winners as they begin their Liga MX season on July 23rd against Pumas and will participate in the Club World Cup later on this year.

Jesus Duenas On Crowd Booing in Denver: “We don’t play to make the fans happy”
Chivas on the Verge of making Liga MX History
To Top