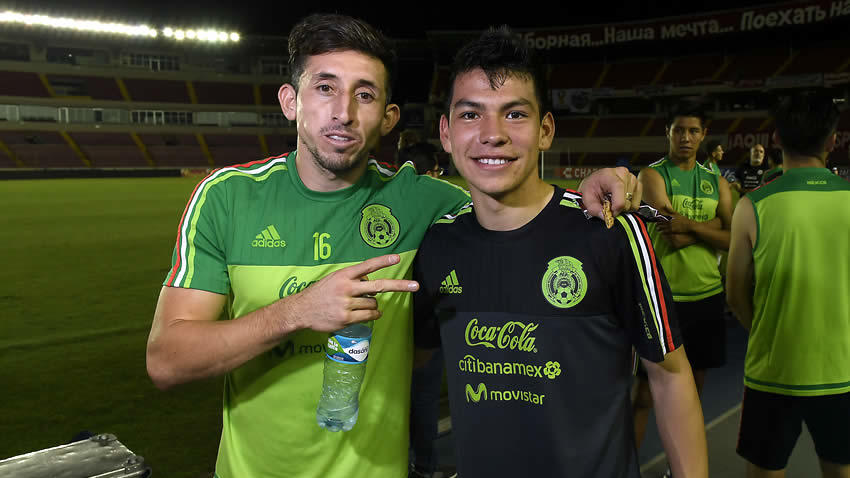 To say the All-Whites of New Zealand are over-matched against El Tri is a sign of expectation that harkens back to the last time the two teams met–the inter-confederation playoff for the 2014 FIFA World Cup.

That playoff, in which Mexico defeated New Zealand 9-3 over two legs under then-manager Miguel ‘Piojo’ Herrera, rings in the recent memories of many fans as to what is obligated from El Tri when they face their rivals from Oceania on Wednesday, June 21.

And in Sochi, the task may not simply be whether El Tri can beat New Zealand. The first question will be “by how much,” knowing that the Sbornaya of Russia already beat the All-Whites 2-0 in Saint Petersburg on Saturday. The team, under Juan Carlos Osorio, will likely need to score three more opponents than their hosts.

The next question will be how. The All-Whites, for long stretches of their game against Russia, actually had more of the ball and connected more passes on longer sequences through the midfield. However, Russia were more effective in generating goal-scoring chances from their passes, as well as finishing the opportunities they had.

If the style of play the All-Whites succeeded in implementing against Russia (even if it didn’t actually contribute to the result) looks familiar, it was similar to the approach El Tri took against Portugal but different at the same time. The All-Whites relied much more on simple overlaps and crosses into the box, while El Tri were trying to break pressure more and utilize piercing diagonal balls when they used them as a part of their approach.

On a skill level, El Tri is better at almost every position, and can try to achieve their objectives while allowing for Juan Carlos Osorio to rotate his side to protect a couple players who are on yellow cards who might be needed in later games. And in his pre-match press conference, Osorio talked about the lessons his side learned from Portugal that would be transferred to the match.

“There are two fundamental points,” he noted, “First is the confidence of the team and second is the combative spirit, because this group is continuing to get stronger.”

But however combative the approach is that Osorio takes, they must be able to break New Zealand’s defending in good goal-scoring positions. It’s a task that they have routinely struggled with against opponents outside of CONCACAF in 2017, and tactically they have not found a way to achieve as often as they needed to.

One player who might not be available to fill in would be Hirving Lozano, who was excused from training this week to travel to Eindhoven to take his medical and complete his move to PSV.

Both teams will have most of their squads available, and do not have to fear yellow card suspensions for the teams’ third games. Between both teams, only Mexico captain Andres Guardado is carrying a yellow card into the match.

However, that might not be the only concern El Tri would have. Despite the location of the Confederations Cup tournament, FIFA could hand Mexico an automatic defeat if Mexico’s fans are caught enunciating the “P**o” chant on goal kicks.

And in one sense, both teams are fighting for their Confederations Cup lives. A win for New Zealand cements Russia’s place in the semifinals of the tournament and eliminates El Tri from the tournament at the group stage for a second Confederations Cup in a row. A win for Mexico would almost certainly eliminate the All-Whites from the competition regardless of what happens in the earlier game. If A Selecao do not win against Sbornaya in Wednesday’s early match, Mexico’s match against the Sbornaya on Saturday could potentially decide the fate of Group A.

The match kicks off at 2:00 PM Eastern DST (11:00 AM Pacific) and can be seen in the United States on Fox Sports 1 and Telemundo.

Hector Herrera (Mexico) – The vision and range of passing that ‘HH’ has displayed from the right side were a big reason as to why Mexico were able to earn a scrappy and brave point against Portugal. He also possesses good possession sense, and has helped his teammates get out of some dangerous situations both with the ball and without it.

Chris Wood (New Zealand) – While Stefan Marinovic’s name will likely be called early and often as he tries to keep his team in the game, the Leeds United striker has been able to work his way into and receive the ball in good scoring positions. While his technique might have let him down against the Sbornaya, all it takes would be a mistake from Guillermo Ochoa or whomever would be Mexico’s keeper inside and around the penalty area for Wood to ruin what looks to be a “should-win” game for El Tri.