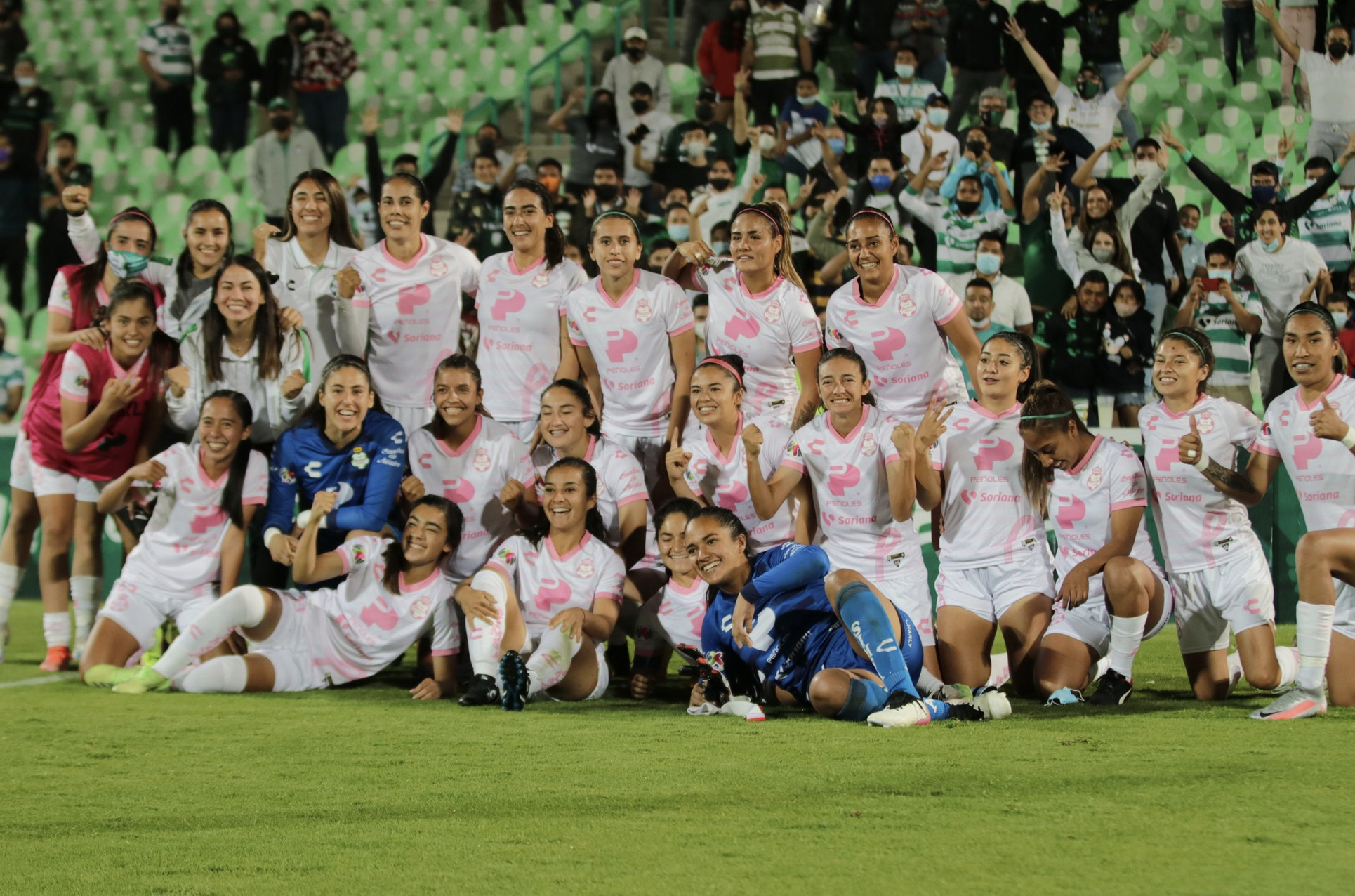 A historic playoff clinch and rude awakenings. Not anything could happen but these last three weeks will be crucial. Here are my three things for Jornada 14.

Big shouts to Santos Femenil. For the first time in club history, Santos Femenil will be joining the Gran Fiesta after a strong 3-0 victory against San Luis at home secured them their ticket. For a team that secured only FIVE points in their very first season in the league back in 2017, Santos officially entered the playoffs Monday night with 30 points and a goal differential of 19. Cinthya Peraza and Alexia Villanueva have been at the forefront of that goalscoring (both currently sit in the top 10 of the Golden Boot race) but some real work has also been done defensively as well. Hannia De Avila and Nicole Buenfil have both shown great leadership in goal while the recovery efforts of their defense and midfield has been crucial to their ability to complicate situations for teams like Chivas and Rayadas — teams they’ll meet again in the Liguilla. For now, the first historic task has been accomplished for Jorge Campos and his side. Let’s see how far they can go. Congrats to them.

To read more in-depth about what has worked for Santos this season, I’d highly recommend this piece by my colleague Omar Ortiz (in Spanish). Click here.

America with another wakeup call. After going up early just 18 minutes into the match, America’s lack of their usual defensive line combined with missed offensive chances resulted in a Monterrey takeover that saw the home side win 3-1. Most of the activity for Rayadas came in the second half, as Evangelista’s cross fortunately caught a deflection to level the match and change the momentum of the game.

This complicates it for Craig Harrington although just barely; America currently only need one point to secure a spot in the playoffs but the impression of who this squad is as a playoff team will need to be made clear in these last weeks of the regular season as they prepare to face off against strong opponents Tigres and Atlas these next two jornadas.

Xolos, Cruz Azul & Pumas are going to be the teams to watch.  While the fight for a championship title might likely reside between those in the current top four, those fighting for their spot in the playoffs will be just as entertaining to watch during these final three weeks. Xolos with Renae Cuellar and her 10 goals this season seem to the closest to secure their spot as they sit in seventh place with 21 points while Cruz Azul (8th – 21 points) and Pumas (9th – 18 points) continue to fight for the eighth place spot — Cruz Azul facing off against Necaxa next while Pumas will have to face their slightly stronger feline rival Tigres. Pachuca, who currently are in 10th with 17 points, might also make a case for themselves if they can pull off wins against Santos and Atlas but whatever the case, it definitely won’t be boring for the bottom half.
BONUS: The toxicity must end. Players are still humans. Bad games happen to us all in our own way. Maybe we don’t play professionally and our own personal matches aren’t televised for others to witness but we all know the internal feeling of making a mistake. But more than that, one of the advantages of a growing league is the ability to set a precedent — from fans and media alike. And as more talking heads gain prominence and their fanbase is strongly influenced by what they say, I think it’s best for those talking heads to reflect on what impact they seek to make in this industry.