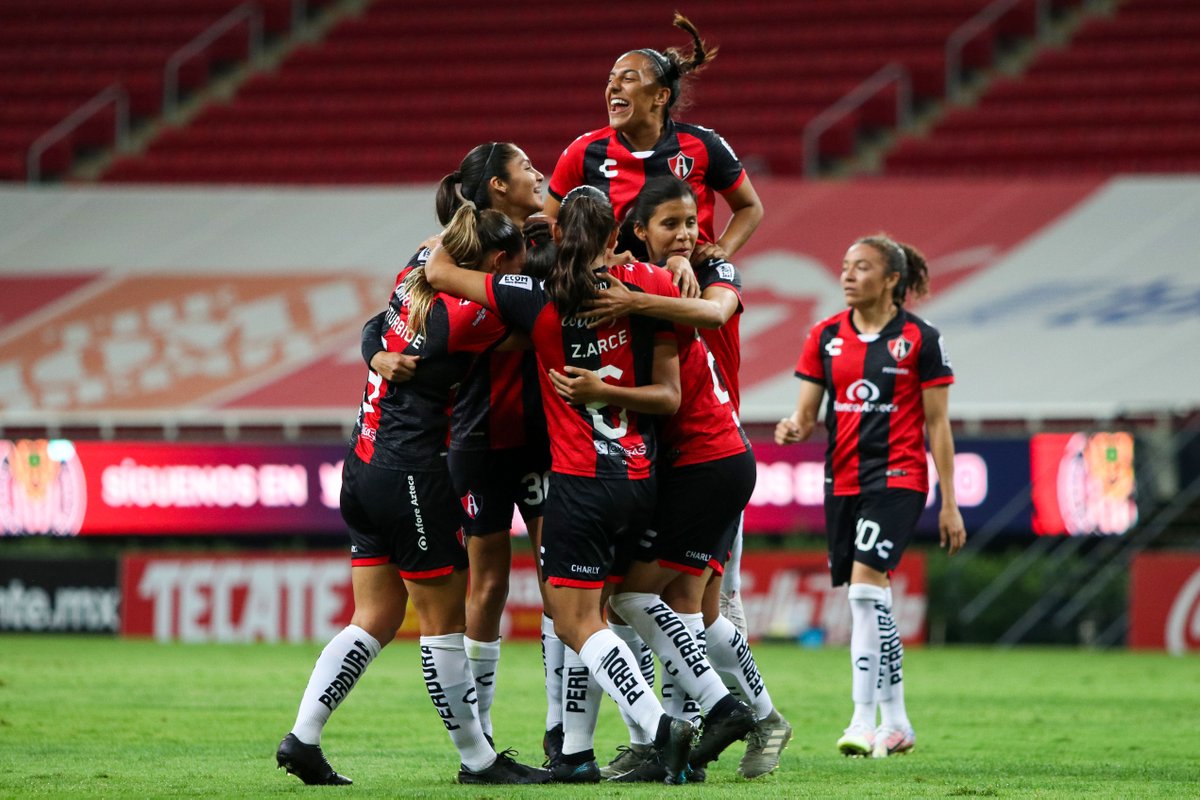 The season has reached its point where it is beginning to get weird; really weird. From unexpected victories to intense banter, this second half of the season should be enjoyable to watch for a whole different reason. Here are the three takeaways from Liga MX Femenil #Guard1anes2020 – Week 10:

It’s time to say goodbye to Leon’s promising season. Granted I think holding out for ten weeks was still a little naïve but there was some hope they’d show some type of effort against Necaxa, a team substantially lower than they are in the standings. And yet, it would be Necaxa’s Dulce Alvarado who would open up the score line in the 30th minute of play after following through on a rebound where Leon’s defense stayed flat on their feet. A similar situation would happen to start the second half when Saira Lopez would have a wide opportunity at goal after Leon once again failed to properly mark in the 50th minute to give Necaxa a two-goal lead (although credit to her teammate the provided her that quality chip pass). Leon would earn a consolation goal in the 60th minute when Nailea Vidrio would score her first goal of the season off a rebound. Much like that final goal, Leon has been messy and inconsistent and their goalscoring options have not been able to adapt to the elevated competitive play that has emerged this season. As they currently sit in 13th place, the chances for playoff contention are very unlikely and it will be about looking ahead into the process.

Mazatlán’s project seems to be young, but hopeful. Just one spot above Leon in the standings is newly created Mazatlán Femenil – who came to be after Morelia was bought and relocated earlier in the year. Despite facing some really tough losses this season and taking on a large number of goals against (their current goal differential is at -25), they’ve been able to get three victories this season – which is more than some formerly big teams (Xolos, Leon & Cruz Azul). Mazatlán’s refusal to sit back has resulted in regular high-scoring defeats but has also allowed for Liliana Hernandez to bag half of the team’s total goals, including one that surprised Tigres Femenil early in the season. While expectations were low and their playoff chances are equally as low, the project being put together Miguel Hernandez and company is worth keeping an eye on.

The competition up top is getting very, very exciting. It’s been rough to witness some of the teams be much lower than they were expected to be but the battle at the top of the standings has been incredibly enjoyable to watch in this seventh installment of the league. Watching Chivas dominate against Rayadas one week only to succumb to Atlas’ tactful execution in the Clasico Tapatio after a week of banter was an emotional roller coaster and unintentionally glosses over the fact that Tigres is the only team remain undefeated this season – Rayadas, Chivas, America, and Atlas all have one loss each respectively. Not to mention the goal scoring race that still sees Katty Martinez and Alicia Cervantes tied at the top with 10 goals each with Burkenroad, Monsivais, Espinosa and Gonzalez not too far behind. While Tigres statistically look to once again be the favorites for the title, anything could something leading up to the Liguilla and beyond. It’s going to be good.