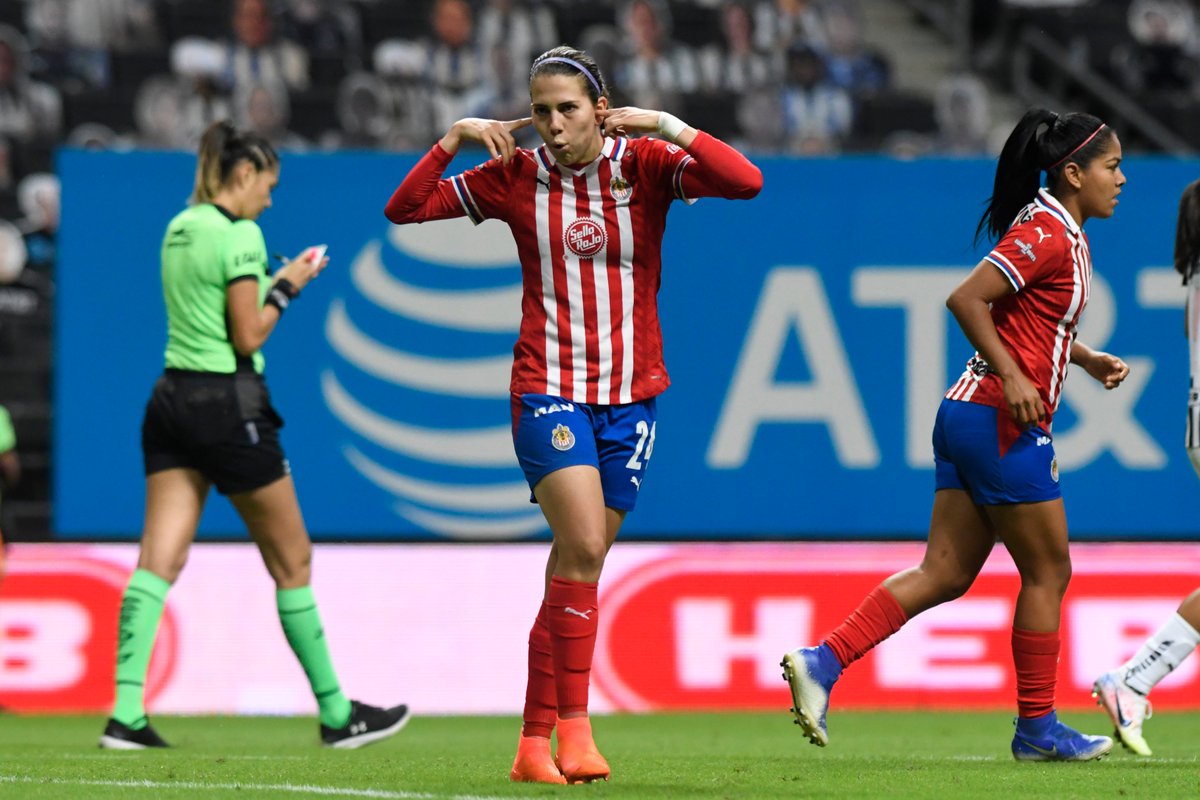 The Rayadas-Chivas showdown proved to be as exciting as most anticipated it to be, but it wasn’t the only match that made viewers feel something. Here are my big takeaways for Week 9:

Rayadas and Chivas both learned valuable lessons from this match. This game doesn’t have a “Clasico” name, but the media should get started in creating one for it – particularly if these two teams continue with their strong run of form. But for this matchup in the ninth week of matches, Rayadas were caught like a deer in the headlights. Becerra was outcoached* by Chore and his strong formation that saw Norma Palafox return to the starting XI and allowed the power duo of Licha Cervantes and Maria Sanchez to flourish. There seemed to be a real chance of a back and forth duel when Daniela Solis responded to Cervantes’ goal just three minutes later but Rayadas had no response to Chivas intelligent counterattack. Chivas kept going from there and didn’t stop. In fact, Chivas might’ve won by more goals had it not been for clear misses. Still, the night and the optimism of a title contention belongs to Chivas now and given Chore’s declarations after the match about conceding two goals from Rayadas, they aren’t stopping anytime soon. However, this shouldn’t brush aside Rayadas from title talks especially when you see their goal scoring options ranging from Desiree Monsivais to Aylin Avilez. We might’ve been fortunate enough to witness a preview of a possible final.

Tigres is on top, but they still haven’t been the same. While everyone is still very much enamored by the performance Rayadas and Chivas gave us, they are both respectively in the second and third place spots in the standings. The first belongs to Tigres Femenil who beat Chivas on goal differential with +23. Tigres always deserves to be part of the top contender conversations and the 30 goals speak for themselves. But Tigres has seemed to be the team most affected by the pandemic given star players Katty Martinez and Lizbeth Ovalle both contracted it and were forced to miss some games as a result. Martinez came back and made her way to the top of the golden boot race but Ovalle has noticeably struggled, at times looking as if she had trouble catching her breath. A team must not depend on one player but as an integral part of the midfield, Ovalle needs the time to get fully back in form. If not, this team might suffer in the long run.

Leon Femenil is falling extremely short of their preseason expectations. Their first game of the season made it seem as though this team was growing but much like Xolos, it is still remarkable to think this team was once qualifying to their first postseason playoffs. Now, they’re struggling in matches that a line up consisting of Claudia Cid, Esmeralda Verdugo, Brenda Viramontes, and Lucero Cuevas should be dominating. This most recent match against Mazatlán that ended in a 1-1 draw was a good indication of that. They might be able to gain some confidence against Necaxa before facing off against Chivas and Tigres but as they sit in 12th place, a once promising playoff spot now seems unlikely.

BONUS: Please put the players’ health first. * He was so outcoached that he thought it was okay to bring in Christina Burkenroad just one week after being involved in a car accident that left her minor injuries, including a concussion per her IG stories. Even if he did ask her and she agreed to go on, what exactly was she supposed to say? Her team is down at home, on the brink of losing their first game this whole season and she’s one of their top strikers. But you do not put that pressure on a player still recovering. If teams won’t step up and have proper concussion protocols, then it’s up to the league to make them.