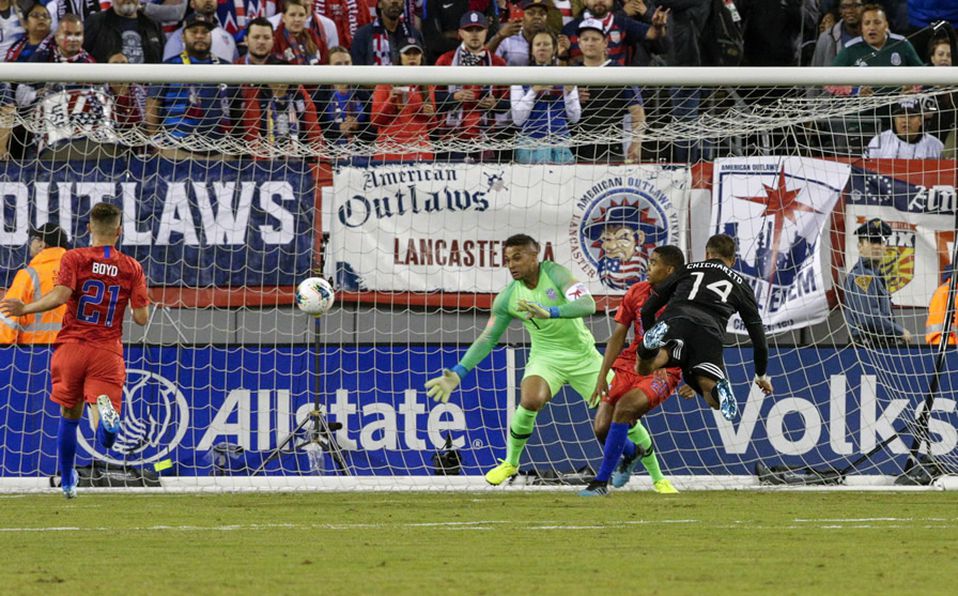 EAST RUTHERFORD, New Jersey, USA. At MetLife Stadium, El Tri earned a historic friendly win against the United States in spectacular style, defeating their hosts 3-0 in a fashion that appeared more dominant than the score implied.

From the opening whistle, Mexico looked to time their press and organize how they were going to hurt the United States. At that time, Christian Pulisic, Weston McKennie, Sergino Dest, and Gyasi Zardes were finding more danger on Jonathan Orozco’s goal, who got the start for the night, than El Tri were with possession of the ball.

But as soon as El Tri organized the press and found their targets in both in the miscommunications between U.S. goalkeeper Zack Steffen, Alfredo Morales, and the U.S. collective as a whole. Although few shots came onto Steffen’s goal early on, the transitions were there and it became clear the Stars and Stripes were going to be easy to hurt.

Eventually, in the game’s 20th minute, Javier ‘Chicharito’ Hernandez opened the scoring on a header inside the area. A long dribbling cut into the area by Jesus Manuel Corona in which the Porto winger nutmegged Sergino Dest broke the attention of the U.S. central defense and allowed Hernandez to receive Corona’s eventual cross unmarked and onside.

Pressure and transition on the wings produced the first chance for El Tri to double their advantage twelve minutes after their first. This time it was Carlos Rodriguez successfully finishing a Mexico pressure with a trap and dribble into the area. Although Rodriguez found ‘Tecatito’ Corona on the cross, the Porto winger could not curl his shot inside the far post.

As the match wore on and especially the second half began, El Tri continued to force the United States to have to try to solve its pressure and traps with little avail. Andres Guardado had managed to break Christian Pulisic’s concentration and had brought the Chelsea winger’s frustrations to a boil even before the half began. And El Principito, as well as Carlos Rodriguez, made chances off of El Tri‘s strategic dominance in the first part of the second half.

However, it was Guardado’s departure for Hirving Lozano as well as Uriel Antuna’s and Erick Gutierrez’s entrances, that El Tri managed to make more of the chances they had. And on his first touch in the 77th minute, Erick Gutierrez authored the goal that would finally double El Tri‘s advantage. Guti intercepted a mishit Zack Steffen clearance pass and finished a low shot beyond the advanced Dusseldorf arquero.

Five minutes later, Uriel Antuna finished off a Hirving Lozano low pass on a counterattack with a low finish to extend the Mexico lead to 3-0.

Three minute before the end of the 90, the United States earned an opportunity to end Jonathan Orozco’s hopes for a clean sheet when Diego Reyes took down Christian Pulisic inside the area. However, Orozco preserved the clean sheet when he made easy work of Josh Sargent’s penalty.

Before tonight’s match, El Tri had not defeated the Stars and Stripes in a friendly match in the United States since September 8, 1974. And El Tri is doing so with stronger focuses on the collective pressuring, transitioning, and decision-making that allow fans to potentially feel a sense of confidence that they know what to expect with the team.

However, El Tri‘s challenge increases significantly in its next match on September 10, when it takes on Argentina at the Alamodome in San Antonio, Texas. As for the Stars and Stripes, their degree of difficulty in preparation only increases when they take on Uruguay in St. Louis. That match also is set to take place on Tuesday, September 10.

And despite the historical win, not all was good news for El Tri. Shortly before the match, Rodolfo Pizarro was taken to a local hospital for pain in his appendix region and underwent treatment for appendicitis at the hospital. And after the match, the national team staff Erick Gutierrez