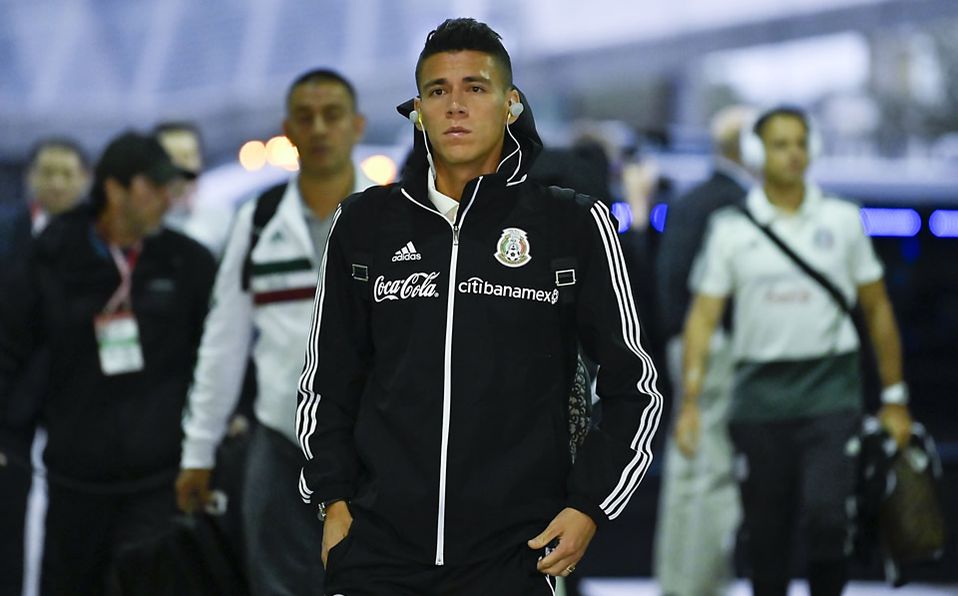 When Mexico defeated the United States in dominant fashion Friday evening, there was a sense that the team was finally meeting its obligations to its supporters. Most of Mexico’s history before the 21st century featured these resounding defeats of Stars and Stripes. But surprisingly, a friendly defeat of the USA in the United States had not happened in nearly 45 years, the first time the United States had ever hosted El Tri in an international friendly. But it might be more resounding in a way that was completely new. No longer can El Tri supporters say that the very top of their player pool are infinitely superior to those of the United States, and both nations have multiple players as significant protagonists at world giants with more on the way.

However, everything about the collective, the communication, interchange, pressure, and transition, was enough in disarray that El Tri made it impossible for the Stars and Stripes to enjoy any kind of buildup or show much in the way of danger moving forward. Two of Mexico’s goals at the end came directly off breakdowns in communication between USA goalkeeper Zack Steffen and his defenders, and the defenders, midfielders, and forwards with each other.

But, now the precision at which El Tri has to operate will have to increase significantly in the side’s next friendly. And against the Albiceleste of Argentina, Gerardo Martino’s side, mistakes that were had against the United States which did not amount to goals conceded or major chances could very well become goals. Paulo Dybala, Manuel Lanzini, Rodrigo De Paul, Lautauro Martinez, and Lucas Alario have proven in their time to be precise finishers with their clubs. In midfield, the Albiceleste that El Tri will face will be technically superior in terms of surviving pressure and their passing and control, with Alexis Mac Allister,

But, like the United States, this might still be the best time to defeat an opponent El Tri has struggled against. This particular Albiceleste side under Leonel Scaloni is also struggling with fluidity and making effective use of their chances. Against Patagonian rivals Chile as the most recent example, the Albiceleste side often struggled to find danger against a Chile defense that closed in on the attack quickly and with great effect and utilized heavy physical play to make individual attackers more tentative in their positional battles and in their ball duels when they did attack. And in defending, despite the skill, goalkeeper Augustin Marchesin had to intervene to help the defenders to keep Chile from winning the match in Los Angeles.

If Mexico can find a way to transform their collective display into a win, it would only be the sixth time in all competitions that El Tri managed to defeat the Albiceleste and the first since the 2004 Copa America.

There is also more good news for El Tri. Some reports out of Argentina have already confirmed they will not face midfielder Giovani Lo Celso and center back Nicolas Otamendi, who departed the Argentina concentration to return to their clubs.

But as with El Tri, the point of the friendlies were in developing a decision-making process and testing out how as many different players as possible in making these decisions happen. And for the Albiceleste , some conversations that have been and could still happen could be how much the selection still needs Lionel Messi to generate danger and how much institutional issues in the country are making it nearly impossible for the federation to hire a manager who could implement the same kinds of collective programs in the same way Gerardo Martino has done to maximize how and what El Tri can possibly achieve.

And for the Albiceleste, they still have time for preparation after their encounter with Mexico. Argentina does not begin its World Cup qualification campaign until March 2020.

As was previously reported, El Tri are expected to field a completely different side in San Antonio to the one that played the United States on Friday. Hirving Lozano and Raul Jimenez, who were limited to substitute appearances at best, are expected to start.

There are also other departures. Rodolfo Pizarro, who was hospitalized for pain and treated for appendicites, already departed the team. However, after Mexico’s victory against the United States, Erick Gutierrez left the Mexico concentration for Mexico City after suffering a metacarpal fracture. Under direction of PSV Eindhoven’s medical staff and oriented around a quick return to action for the Dutch club, ‘Guty’ is undergoing surgery in Mexico City to repair the fractured bone.

But given El Tri seemed to not suffer in their play with the loss of either player, much has to be praised of how Gerardo Martino has operated as manager and technical director. Hector Moreno noted something in particular as the Al-Gharafa defender himself started to emerge as a leader on the team, an ability to communicate with each player to get everyone to play in his concept, as captured by MedioTiempo‘s Enrique Martinez Villar. “He took the opportunity to call 31 players so we can understand the way he understands it and try to be a great team,” Moreno noted.

Even more, part of that is being honest and consistent with players regarding their place and what they needed to do. As noted by ESPN Mexico‘s Tom Marshall after Mexico’s match against the United States, Martino had once noted during the Gold Cup, “Raul is our most important forward, I’m talking about Mexican football, not just this competition, but overall.”

Even more importantly, the challenge issued to every player is one in which they know it is their last opportunity in friendly action before the national selection begins its non-friendly road to the 2021 Gold Cup and 2022 FIFA World Cup with its Nations League fixtures.

The match kicks off on Tuesday, September 10 at 10:00 PM Eastern DST and can be seen in the United States on Univision and TUDN.

Mexico 3, USA 0: Mexico dominate to earn first friendly win in the USA against the Stars and Stripes in nearly 45 years.
Mexico vs Trinidad and Tobago – 2019 International Friendly Match Preview
To Top