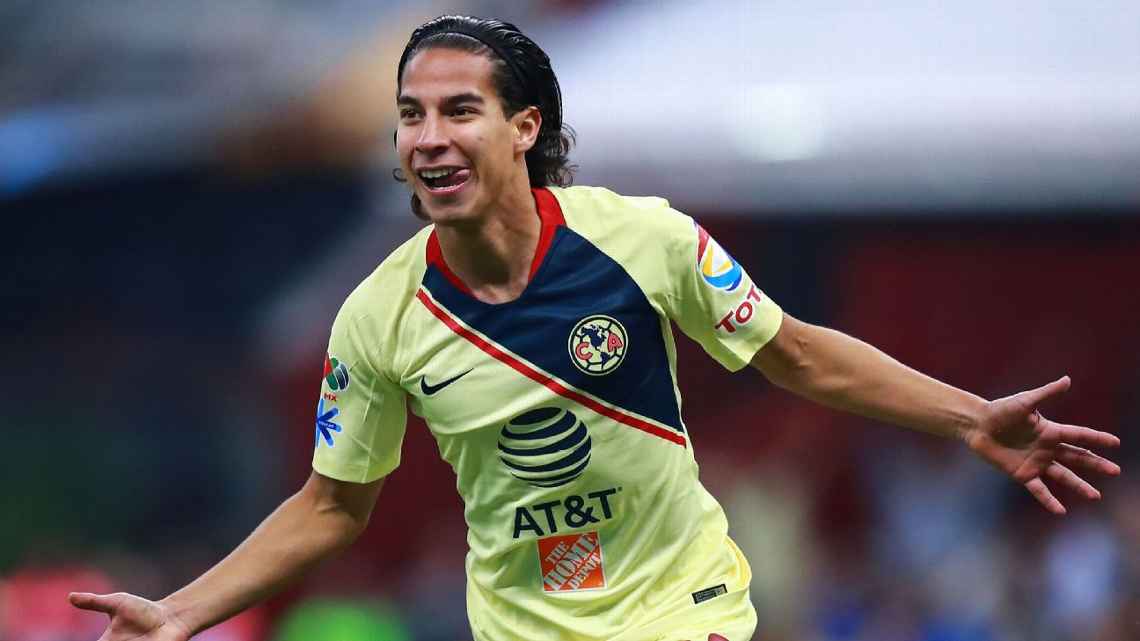 On Thursday, Diego Lainez officially became a Real Betis Balompie player, moving on a transfer from Club America on a transfer fee of $17.4M, a record for a Mexican player moving abroad from club football elsewhere breaking the previous record of $12.6M USD set by Hector Herrera’s move to Porto.

? OFFICIAL | #RealBetis and @ClubAmerica agree for the transfer of Diego Lainez ????

After reports surfaced that Club America directors confirmed Lainez’s departure on Televisa Deportes Network (TDN), the club announced Lainez’s in a post on Twitter as a transfer of the 18-year-old winger and thanking him for his time with the 13-time Liga MX champions.

Lainez, a winger who is noted for his close-control dribbling and passing, rose to prominence after making his first debut by accident in 2017–then manager Ricardo La Volpe had intended to bring on Costa Rican teenager Gerson Torres, but hadn’t paid attention to that Torres was unregistered to the first team. Lainez made 39 appearances in total with Club America, playing a significant role in achieving the club’s 13th Liga MX title, but caught the eyes of international scouts in his performances in the 2018 CONCACAF U-20 Championship and the 2018 Toulon Tournament.

After winning the Apertura 2018 title with the Aguilas, Club America sporting director Santiago Banos revealed that the team would allow Lainez, who attracted the interest of several European teams, to leave. At the time of the Apertura Gran Final, Ajax had been most heavily linked to the midfielder, hoping to provide cover in case Brazilian winger David Neres were to leave (in this case for a Chinese club),

The Eredivise subcampeon, who were the first club to officially make an offer for Lainez, had their first several offers, ranging from 7 to 11 million euros, rejected. While it looked like Ajax would eventually see their bid accepted, French giants Olympique de Lyonnais (Lyon) and Real Betis also started to pursue the starlet, starting at or above the $12M euros that Club America initially targeted as their asking price, which drove a reaction from the Dutch giants. Lyon officials had even had calls with Lainez’s parents (and agents) regarding a move for the player before the Beticos and Lainez as well as Club America came to an agreement.

Lainez put pen to paper on a 5.5 year contract that would see him at the Seville-based side until 2024 and his release clause set at 75 million euros–the highest known buyout clause for a Mexican player and one that may make it seem like, by Mexican standards, that Lainez has incredible pressure from ‘back home’.

On Sunday, Lainez was seen at the Estadio Benito Villamarin after passing his medical examination over the weekend.

He joins a Real Betis side, which happens to have Andres Guardado as one of its captains, that sit seventh in the La Liga table under manager Quique Setien that plays an innovative, brave, protagonistic brand of football. Lainez may also initially find his playing time limited as he adapts to the positioning, mental, strategic, and technical demands of his new employers despite the price the Beticos paid for his services.

Lainez could not be the only young Americanista to depart La Coapa, as Celtic have been reportedly monitoring outside back Edson Alvarez ahead of a move during the winter transfer window, according to a report in The Daily Record.

Club America, who started off their Clausura 2019 campaign without Diego Lainez’s services with a 2-1 win against Atlas, have already started to look for reinforcements after Lainez’s departure and appear to be in position to find a replacement for their 21-year-old defender (Alvarez) should he depart the club as well. The transfer window closes in Europe and Mexico on January 31.