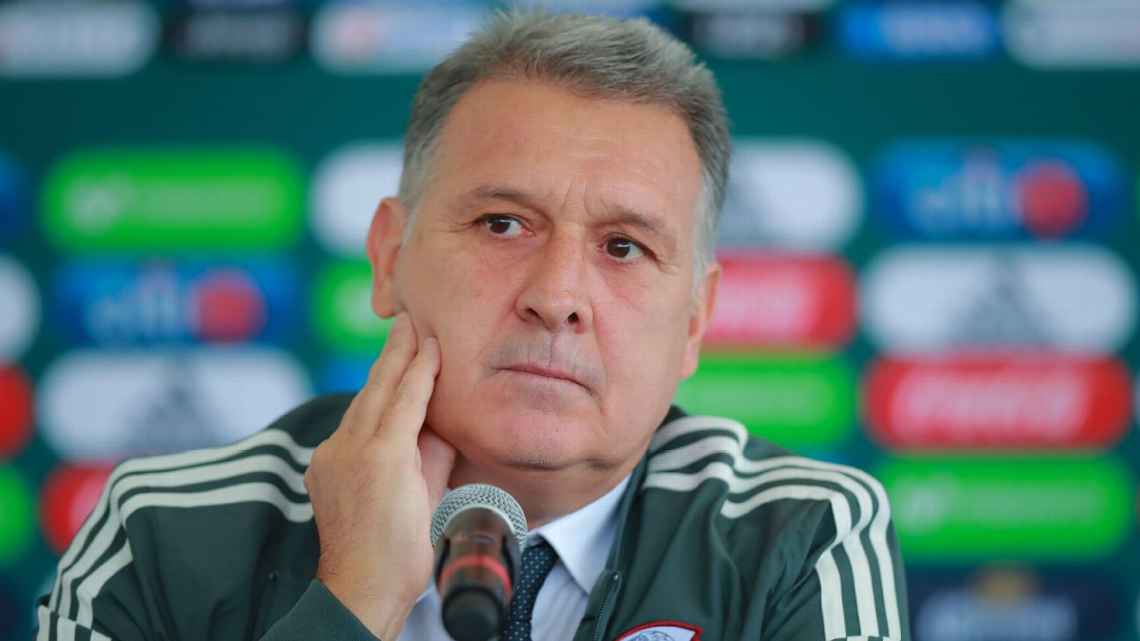 MEXICO CITY, Mexico. In a press conference at the Mexican Football Federation’s (FMF’s) High Performance Center in Mexico City, the FMF officially unveiled Gerardo “Tata” Martino as the manager of the senior national selection for the upcoming 2019-2022 World Cup cycle.

Martino reportedly signed a four year contract that would see him with the national team until 2023 and addressed questions from the media for the first time in the press conference.

The Argentine, who most recently led MLS franchise Atlanta United to a 2018 MLS Cup title and previously served as manager of FC Barcelona as well as the Argentina and Paraguayan men’s national selections, had been widely rumored to be the manager.

#ATLUTD midfielder Jeff Larentowicz about his time playing for Tata Martino. "I've kind of become more of a thinking player than a running player. I think I was always a run-and-tackle kind of guy, but it's more about reading my… https://t.co/CiSBR2RNr6 pic.twitter.com/UIeXe3DqbQ

Martino also brought with him tendencies that were unorthodox to MLS norms, drilling players in extra training sessions with on and off-the-ball possession movements to maintain and create effective passing lanes, pressures, and recoveries that many career MLS players did not think they could have executed before [Martino] got to the team. He also brought markers and pens with him, in the same way that Juan Carlos Osorio did and took notes on each session, game, and player and used whatever writing platform he could implement the marker or pen help his team and players improve.

Incidentally, Martino’s second match with the national team will be a March friendly against the Albiroja of Paraguay, which is now under the guidance of Juan Carlos Osorio. When asked about that game, the Rosario native simply stated that he had an unconditional love for the people associated with that national team.

On more technical matters, Martino fielded questions on a potential generational change within the national team and noted that the change would not necessarily happen overnight. But “Tata” noted a possible solution at his introductory press conference. If approved by the Mexican Football Federation (FMF), Martino would implement midweek training sessions lasting two to three days for Mexico-based players that would occur three to four times per year.

Such a change in how the national teams player worked would allow Martino to select players based on what many people expected–how they are playing and whether they are getting regular game time–rather than a feeling of being forced to take the same players and risk the team’s collective and individual weaknesses hurting them in their results and performances when key players were suspended, injured, or not playing at their clubs on a regular basis.

Even with the potentially radical training change and a history of titles won with Newell’s Old Boys (a Torneo Final in 2013) and Barcelona, and his subcampeon and semifinalista teams (Argentina in the 2014 FIFA World Cup, and Newell’s Old Boys in the 2013 Copa Libertadores), Martino felt a need to engage in a Fermi paradox some sections of the press have–and talk about how managing the Mexico national team was “the greatest challenge (job) in his career” even though he managed an Albiceleste side with an obligation to deliver the World Cup with arguably the best player of his generation as the central protagonist (Lionel Messi).

Still, the protagonistic, pressure and possession-based approaches Martino employs with his teams suits the way El Tri and teams in Liga MX have often liked to play. But with the potential of the camps, should they happen, may help Martino meet a mission objective he set out for Mexico’s schedule when he explained that “we have to play against the best as much as we can.”

Martino’s first match in charge of El Tri will on March 22 in San Diego, when they take on Chile in an international friendly. His second match, a friendly against the previously mentioned Paraguay, will take place on March 26 in Santa Clara, California.