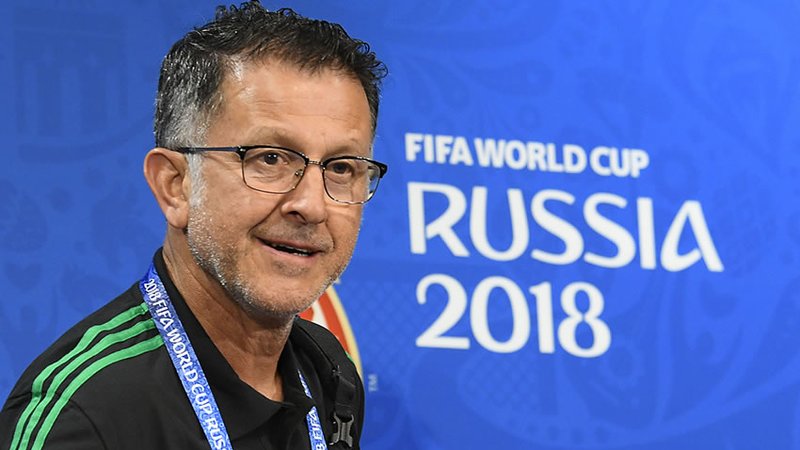 After three years of preparation and buildup, El Tri finally enters the crucible of La Mundial in its first trial on Sunday, June 17 at the Luzhniki Stadium in Moscow–a battle against the defending World Cup and Confederations’ Cup champions Germany.

The recent history of El Tri against Die Mannschaft is not particularly good but is not surprising considering the gulf in quality at many facets of the game between the two footballing nations. One year ago, a very different Mannschaft defeated El Tri 4-1 in a Confederations Cup semifinal. In fact, Mexico has not gotten a point off of the Germans in all competitions since 1993.

The manager, Joachim Loew, is the same. The collectivist, adaptive approach built upon quickly developing plays when and to where the opportunity present themselves, also has not changed. The players have significantly changed. Instead of the main antagonists being Lars Stindl, Niklas Sule (who is in this Germany squad), and Leroy Sane, El Tri will have to implement Juan Carlos Osorio’s strategies against the likes of Mesut Ozil, Sami Khedira, Toni Kroos, Jerome Boateng, and Julian Draxler, players who all can interchange, and function masterfully in defensive pressure, defending, defensive possession, offensive possession and dismarking whatever defensive strategy that El Tri might try to implement at a particular moment, and so forth.

From an even broader viewpoint, Die Mannschaft knows El Tri has been hurt by teams who attacked them from the flanks to the interior when they got close to the penalty area, and that in previous friendlies–the side of the defense that Jesus Gallardo might sit on could prove to be especially vulnerable if the midfield and attackers do not recognize and react to gaps that Die Mannschaft hunt or generate in time.

However, El Tri has plenty going for it. The side has not lost an opening match of a World Cup since 1994 and El Tri has a tactically versatile side who mostly need to accelerate their decision-making speed and processing to be able to handle whatever Die Mannschaft throw at them.

El Tri, to get anything from the match, would also need to adjust their possession approach from what they had utilized during the World Cup qualifying and World Cup friendly buildup. They must play checkers on occasion away from the ball to break the German pressure or defensive compactness. They must also change the speed of their possession passing (and movement) and still control where Die Mannschaft might try to press to intercept the ball and set up their points of attack. They must also find better scoring areas when they decide to take it upon themselves to have a look on goal.

El Tri has the players in attack and the midfield to be able to execute such a plan. They even have defenders like Miguel Layun and Jesus Gallardo (who tends to get caught upfield at times and tends to get beaten with both passing and dribbling with and without help) who regularly support their forays forward. Hector Herrera, Andres Guardado, Carlos Salcedo, and Hector Moreno have the experience and instinct to implement it.

But they must do it, and score when the time comes. In friendly action and international competition against teams at least as good technically and tactically in defense as El Tri is, they’ve failed to score. Outside of Hirving Lozano, there is not a forward who regularly scores outside of North America (Mexico and the United States).

Whether they generate one chance or many, whatever the formation, El Tri is obligated to make the most of them because facing a team obligated to win the World Cup like Die Mannschaft (and the players to do so) requires it. In the World Cup so far, teams have been able to generate results or close scores with defensive traps involving all 10 outfield players.

Teams who had approach matches like Osorio’s El Tri had struggled to get results with the weaknesses that El Tri showed, whether it’s the one-speed possession of the Albiceleste against Iceland, or the imprecise movement and defensive attempts of La Bicolor (Peru) or Morocco.

Thankfully, weaknesses that showed in friendlies may not matter because friendlies focus on process more than result (as weird results, like Saudi Arabia coming within a goal of Germany, can happen. And La Mundial is a short tournament, and any injuries or bad or good run of fortune could hurt or significantly help a team’s progression in the tournament.

And according to Carlos Vela in a pre-match press conference, the El Tri collective in Russia have the confidence to do what they need to do in order to put Die Mannschaft in spots of bother on the pitch itself and on the score-sheet.

MORE: Joel Aceves has a deeper look into of Die Mannschaft. Go read it HERE.