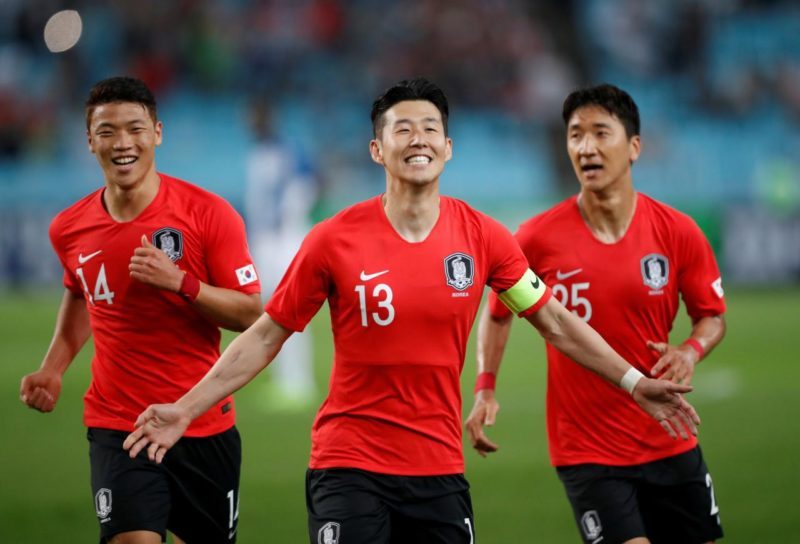 Before we dig in to the most important match of Mexico’s World Cup Campaign, let’s flash back to a simpler time:  1998.  Mexico opened their World Cup campaign in Lyon vs South Korea.  It would end up being the first time Mexico won a World Cup match outside of the Americas.  Here’s a look:

Now that we all feel better ourselves, not to mention the fact we wish we could bring back the greatest unis Mexico ever wore in a World Cup, let’s ask ourselves a question:  how many Mexico fans are worried about the Korea match next Saturday in Rostov?  Probably not very many of you.  For those that think that Korea will be pan cocido, a flan, an automatic 3 in the points column, you may want to stop reading.

The rest of us should be leery.  Nervous.  Hesitant. We’ll call it cautiously optimistic.  To be sure Mexico should be, and is, favored in the match vs Korea. But if you are reading this column, than you probably know as good as anyone that while Mexico plays up to a better opponent, they play down to lesser opponents as well.   It happened as recently as last year’s Confed Cup vs New Zealand.  Mexico escaped with a 2-1 win in a match that should have never been that close.  The 2017 Confed Cup group stage could even serve as a blueprint for Mexico’s plans to advance out of the group.  Get a result against the group favorite, win the winnable game to set up a playoff for a spot in the knockouts in the third group game.

Tiny little caveat, though:  Portugal is no Germany.

Not even the brightest sunshine pumpers that I know are giving Mexico much of a chance to win the match vs the Germans, much less extract a draw, like Hector Moreno was able to do last summer vs Cris and co.  A realistic expectation of a decent result for against the Germans is to limit the damage to a maximum -2 goal differential.  Anything better than that (while I am not a fan of the term or the sentiment) would be as a good a moral victory as Mexico could get.  Mexico understands what they are up against.  4-time World Cup winners, defending World Cup champions, they are ze Germans for crying out loud.  Along with Brazil, they are the perennial World Cup favorites.  Even Mexico’s Captain, captain, Andres Guardado understands that one has to take a very defensive posture against them, play like an “equipo chico.”  He is not wrong.   Mexico held possession for 65% the last time they played Germany.  They lost 4-1  and it could have been much, much worse.

OK.  So, let’s assume an L in the column for the Germany match, que no?  What have we seen Mexico coach Juan Carlos Osorio do in 2nd matches of a tournament?  Wholesale changes in the lineup. Will he be as bold to do the same vs South Korea? Quien sabe?  You can call Juan Carlos Osorio a lot of things, and many of you do, but seldom does one see “ill-prepared” in the litany of colorful words used to describe him and his tenure.  The way he managed the Hex qualifying was impressive:  he limited his players’ travel time, understood the CDMX altitude affected his side as much as his opponents, and Mexico qualified with a handful of games yet to play.  Osorio is meticulous, his thirst for the self improvement for him and his players is insatiable. No one denies that.

So why is then, that in all of Mexico’s build up to the World Cup did Mexico not play one team who played a style similar to South Korea?  Not one.  There was Bosnia, Iceland, Croatia, then Wales, Scotland, and Denmark.  The prep has been Sweden, Sweden, Sweden 24/7.  All Sweden, all the time. 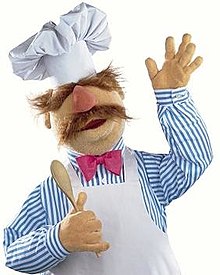 Mexico has Sweden so much on the brain, they probably think the guy on the right is enemigo numero uno.  But if Mexico heads into the Sweden match with less than 2 points, there won’t be much to play for.  The match vs Korea is massive, and it is a side that cannot be overlooked.  Like Mexico, they did not have the best results in pre-mundial friendlies, but their style of play is one that has always given Mexico fits.  Defensive, quick on the counter, and they have a guy in Son Heung-min who is a bona-fide field-tipper.  They did not have that 20 years ago in Lyon.  Aside from that win in 1998, el Tri has not done well vs Korea in tournaments either.  They drew in 2012 Olympics and Korea knocked them out of Rio2016; Chucky got a red card in the loss. Korea is no flan.  Lo van a vender carisimo. Mexico has to be ready.