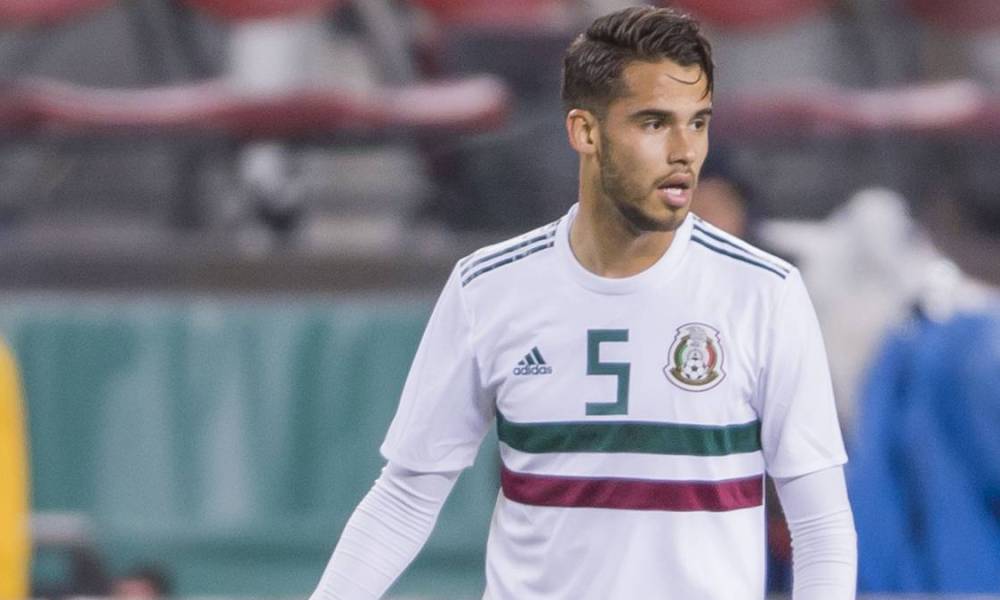 Many who are concerned about El Tri‘s defending have one more reason to be concerned, as the Director of the National Selection announced that Diego Reyes was ruled out of the World Cup and that the federation began the process to replace him with Pachuca midfielder Erick Gutierrez.

Today, through a statement, El Tri confirmed that Reyes was not going to complete his recovery in time to play in the FIFA World Cup. He had torn a thigh muscle several weeks before the World Cup and was held out of Mexico’s three pre-World Cup friendlies.

In the statement gathered by ESPN’s Rene Tovar, the Mexican Football Federation (FMF) noted, “The National Teams [Directive] informs that the player Diego Reyes did not manage to satisfactorily complete his recovery, which is why he is dismissed from the call of the National Team of Mexico for the 2018 FIFA World Cup Russia. The relevant process will be carried out before FIFA to register Erick Gutiérrez in his place and he is waiting for a positive response to this modification.”

In a video report, Tovar and colleagues also explained that it appeared that Reyes was being honest with the coaching staff regarding his injury and recovery, casting doubt on any potential argument of a player mutiny against manager Juan Carlos Osorio and his staff.

The departure of the Porto-based defender, Juan Carlos Osorio’s preferred choice as right center back, leaves Carlos Salcedo and Hugo Ayala as candidates to replace the departed Reyes in Mexico’s expected starting lineup that would face Germany.

The FMF has until Sunday, June 17, Mexico’s opening game to get Erick Gutierrez’s registration approved by FIFA.

[This news story uses information from Rene Tovar’s original news report for ESPN Mexico. The piece is linked where the quote is taken.]