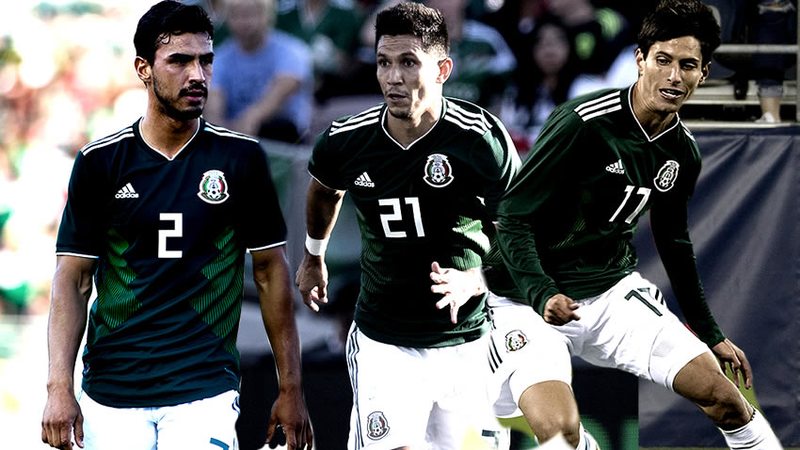 According to multiple reports, Oswaldo Alanis, Jesus Molina, and Jurgen Damm were among the cuts that Juan Carlos Osorio and the FMF made to trim its pre-World Cup squad from 27 players down to 24 before it took the pitch to face Scotland.

For now, the cuts of Molina, Alanis means Pachuca central midfielder Erick Gutierrez, rumored to be one of Osorio’s cuts, might make it into Juan Carlos Osorio’s World Cup squad. But some may feel that Erick Gutierrez might be cut as soon as one of El Tri‘s several injured players who would be in the 23 makes a full enough recovery to be included in the final World Cup list.

The final list of 23 players must be submitted to FIFA by Monday, June 4. However, if a player in the 23-man squad seriously injured enough to miss the World Cup before his team’s first game, Mexico would be permitted to make a late replacement.

The list of players below is the list of 24 that would travel to Denmark after Saturday’s match against Scotland. The Director of National Selections will release the final list of 23 on Monday, June 4 with the chosen players traveling in two groups Sunday evening in two groups to Copenhagen–one group via a flight to Paris and then Copenhagen, and the other via a flight to Amsterdam then to Copenhagen. It would be in Copenhagen that the final World Cup squad would play one tune-up match as a final squad, a friendly against Denmark on Saturday, June 9.