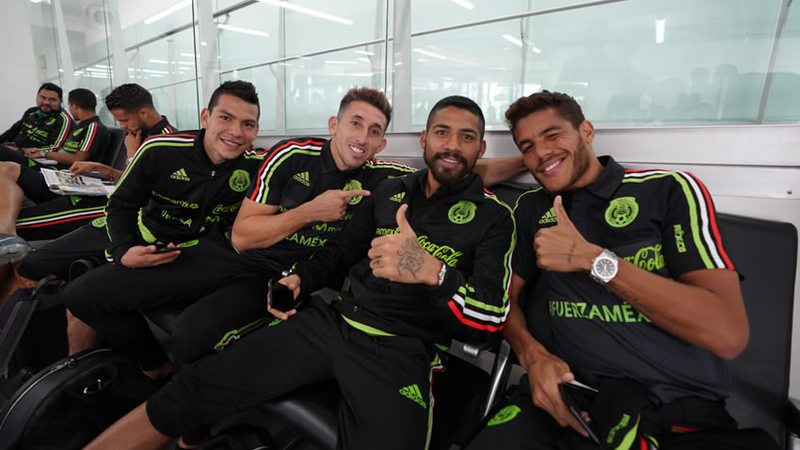 With the business of qualification for the FIFA World Cup already complete, it would be easy to get the impression that El Tri has little to play for.

With some respects, that argument is correct. El Tri is almost certain to not be “a seeded team” in Russia. But almost everything else in the Hexagonal is still up for grabs for El Tri, including whether El Tri would finish the Hexagonal in first place or finish World Cup qualifiers as a Pot 2 team or a Pot 3 team.

The Soca Warriors are the perfect opponent for El Tri to move toward making history. Already close to being mathematically eliminated from World Cup qualification, Trinidad & Tobago will be fielding an experimental side where eleven of the twenty-three players selected have 10 or fewer appearances for their national team, including all three goalkeepers.

19-year-old Levi Garcia, a winger with AZ Alkmaar, presents the Soca Warriors‘ most known attacking threat. Garcia can take players on 1-vs-1 or 1-vs-2 and use them well to generate chances for himself and teammates. He may not be the best finisher, but he does not need a lot of space or time to be able to turn and shoot if called upon. He can also read the game from his wing.

But the anonymity of many of the Soca Warriors‘ players El Tri will face in San Luis presents the biggest challenge. Without a lot of film on the team, Osorio and his staff will have to provide more tactical adjustments on the fly.

Still, the mood within the El Tri camp is that the side could take the six points, including the three against Trinidad and Tobago.

After the initial training session in Mexico City’s High Performance Center, Osvaldo Alanis noted on the importance of what result was required. “In the end Mexico will seek to add [to our accomplishments], to that we come, to be in first place, not so much to return a favor to somebody, but to leave the name of Mexico in [a high place], and [with] the trust and the operation we want to go out to win,” Alanis explained.

And Hirving Lozano added a note about the approach he would like to see El Tri take in the qualifiers. “”It is very important to add points, hopefully the 6 points, if we are there and remain [undefeated] would be something very beautiful. We work every day to win, [and] I think it is important that those who play or are not available to El Profe (Osorio), ” Lozano explained.

And in Thursday’s pre-match press conference, Hector Herrera reiterated those goals. “We face these last two qualifying matches with the same mentality of winning and ambition,” he noted. Herrera also downplayed the importance of finishing the Hexagonal undefeated, saying, “We are not trying to break records, but to create our own history. We are on the right path.”

The match kicks off at 9:40 PM Eastern DST (UTC -4) and can be seen in the United States on Fox Sports 1, Univision, and UDN.

The hoopla around being a “seeded team” at the 2018 FIFA World Cup and Mexico’s possibilities of being one.
Mexico 3, Trinidad and Tobago 1: El Tri Scores three quick goals in last 16 minutes to seal the points in San Luis
To Top