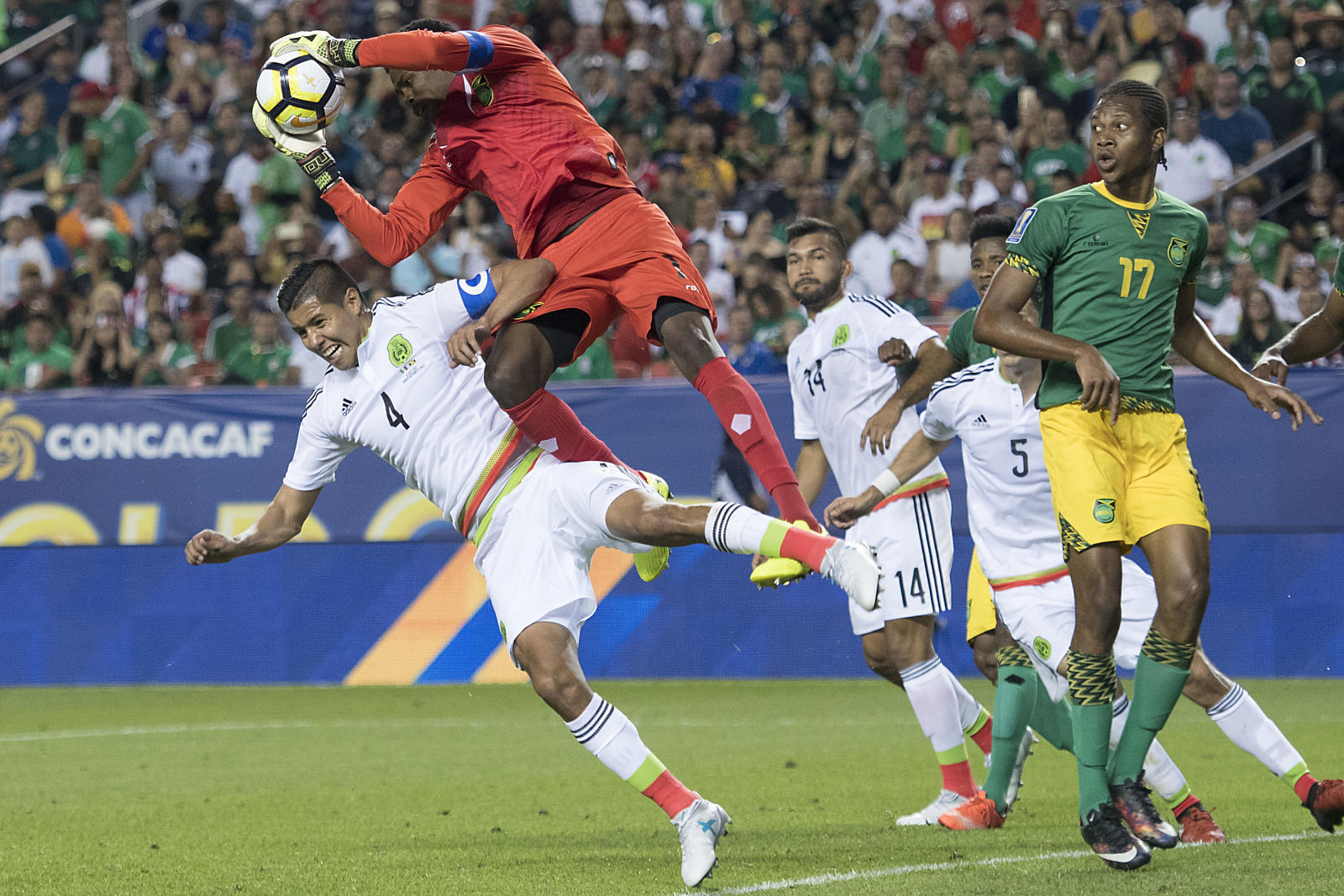 While El Tri (1-0-1, 4 pts) already are in good position to advance to the Gold Cup’s knockout phase even with a defeat, there just seems a lot that is not right.

Against the Reggae Boys of Jamaica, El Tri failed to break down an aggressively defending side and fell into a disease that had been coming up time and time again over the last five years. Whether it’s been the first team or a third team, the team lost its collective maliciousness and played too predictably through the wings and without a malicious kind of intelligence.

And rightfully, the crowd at Mile High Stadium in Denver turned on the selection led by Juan Carlos Osorio and Luis Pompillo Paez for their lack of maliciousness and intelligence through the hard tackles the players received.

At the press conference after the match, Jesus Duenas seemed irked and discomfited by Denver crowd turning on the team. While much of the focus could be on rotaciones, Mexico had only made four changes from their opening match against El Salvador.

Their South Caribbean opponents (0-0-2, o pts), who have yet to gain a single point or score a goal, present a much more technical challenge than the North America-based Reggae Boys side did. Much of the side selected by manager Remko Bicentini plays its football in Europe, whether it be the Netherlands or elsewhere on the continent, albeit without the fanfare of the best clubs in the world. And the side will play like many European teams, looking for chances that they are most likely to finish, and finish with controlled technique.

And in both of Curacao’s early games, the side generated chances in spurts with both collective and individual approaches. But they only happened to do so, and prevent the opponent from generating chances on their own, in short intervals. And when Curacao were breached, their defenders responded too innocently to the threat of the goals. That should work in favor of El Tri, but collectively the side has not been able to knock the composure of their opponents the entire tournament. And other opponents, like El Salvador and Jamaica, have been happy when Mexico did not attack them when building from the back with a little hesitation in the way hungry wolves would pursue their prey.

That would have to change against a Mexico side whose collective defending seemed like it improved against the Reggae Boys. Curacao must win and hope for a Jamaica win over El Salvador and hope that the third place in the other two groups do not out-point them. And they would have to do so without their captain Cuco Martina, who left the squad to complete his move to Everton.

Despite the autopilot approaches and delayed passing, El Tri were able to overcome their biggest weakness–defending against teams on the transition, especially in wide areas. But that autopilot approach has to change, and El Tri‘s defenders and midfielders can afford to be dismaarked by a Curacao off-the-ball move or be pressed on the buildup.

The Group C finale, which takes place on Sunday, July 16 at the Alamodome, is also the first ever meeting between El Tri and Curacao. The match kicks off at 8:00 PM Eastern DST (UTC -4) (5:00 PM Pacific DST, UTC -7), and can be seen in the U.S. on Fox Sports 1, Univision, Univision Deportes Network, and Fox Soccer Matchpass.