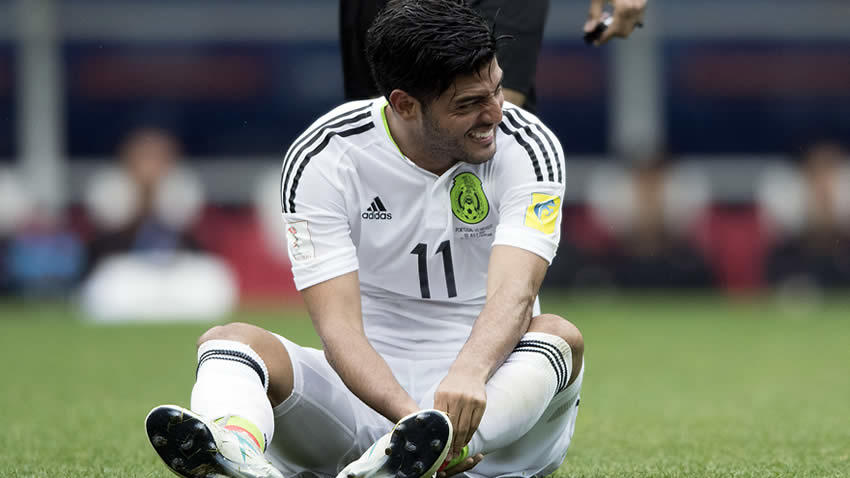 SPARTAK STADIUM, MOSCOW, Russian Federation. For most of the match, El Tri thought a Luis Neto own goal in the 55th minute was going to be enough to help them eke out third place in the Confederations Cup. Then, Pepe (90+1′) and Adrien Silva (pen., 105′) turned the game on its head, defeating Mexico 2-1 to take third place in the match.

From the start of the match, A Selecao were the better team at breaking through Mexico’s defenders, and took advantage of El Tri‘s submissiveness despite its best lineup. In the game’s fifteenth minute, a ball over-the-top played for Andre Silva that El Tri failed to close down all match forced Rafael Marquez to concede the penalty. But after a video assistant referee review, Guillermo Ochoa saved the new AC Milan signing’s penalty attempt at the left corner of the goal.

And once the second half started, A Selecao continued to pile the pressure onto El Tri‘s defending. But ten minutes into the second half, off a corner kick, Luis Neto deflected what looked like a cross from Javier ‘Chicharito’ Hernandez into his own net to open the scoring. Six minutes after Mexico were up, Guillermo Ochoa had to parry away a potential own goal of their own off the head of Hector Herrera in his attempt to clear a Portugal corner.

Mexico continued to press for their second goal, with ‘Chicharito’, Hector Herrera, Miguel Layun, and Carlos Vela all generating chances on Rui Patricio’s goal. The introduction of Ricardo Quaresma and Adrien Silva by Fernando Santos also seemed to help A Selecao regain the initiative. And in the first minute of second half stoppage time, Pepe poked a corner kick past Ochoa to bring A Selecao level.

Mexico had to press for an equalizer, and tried to do so at the start of the 30 minutes added extra time. But six minutes before Pepe’s equalizer, Juan Carlos Osorio’s staff had taken off their most effective attacking option in ‘Chicharito’. And without much bite, or many ideas, Portugal punished El Tri for their mistake one minute from the first half of added extra time, when Adrien Silva was taken down inside the area.

The Sporting Clube de Portugal striker converted his penalty past Ochoa to put Portugal in front for the first time. And to make matters worse for El Tri, Juan Carlos Osorio was sent off for dissenting Saudi referee Farhad al-Mirdasi’s call.

With few chances coming for either side in the second half of added extra time, Portugal were able to seal third place in the competition. While El Tri improved their result over their 2013 Confederations Cup effort, it still did not match the majority of the side’s performances in the tournament up until and including the 2015 tournament. The tournament also exposed significant questions about Juan Carlos Osorio’s methodologies with the team, and the development of Mexican futbolistas (and so in the larger culture of the sport).