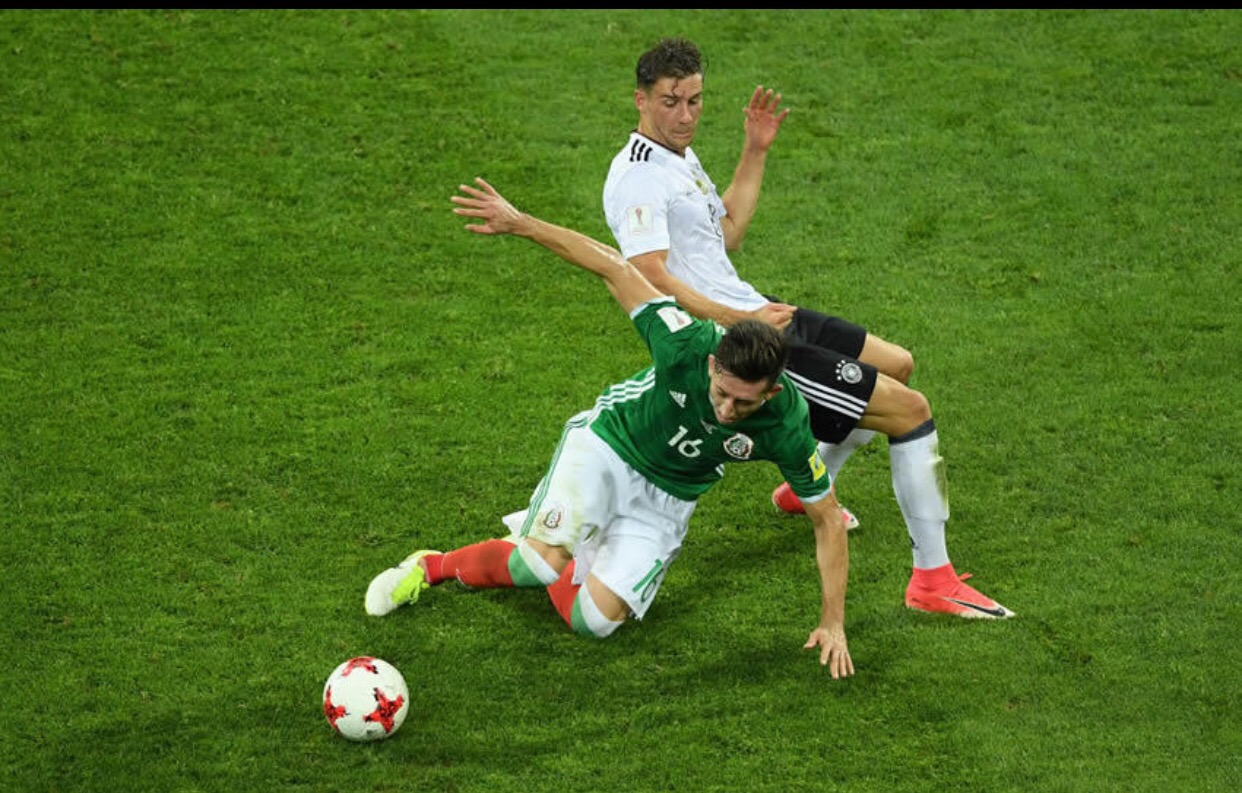 At the Fisht Arena in Sochi, Mexico’s hopes for a second Confederations Cup title came to an end as Germany routed El Tri in their semifinal 4-1.

Leon Goretzka put the World Cup champions in front early with two quick goals, first in the sixth minute on a low shot from outside the area off a layoff from Bejamin Heinrichs, then in the eighth minute on a sharp-angle shot off a breaking throughball from Timo Werner.

Germany continued to bring the pressure onto Memo Ochoa, and El Tri could not fire a shot attempt on Germany goalkeeper Marc-Andre Ter Stegen until the twelfth minute when Oswaldo Alanis fired a wayward effort off target.

Javier ‘Chicharito’ Hernandez had an opportunity to cut El Tri‘s deficit to one goal in the 34th minute when he received a throughball from Giovani Dos Santos inside the six yard box, but ‘Chicharito’ skied his shot over the crossbar.

Eventually, Germany set up in a defensive posture and that allowed El Tri to have more of the ball and create chances. However those chances, whether they were orchestrated by Miguel Layun, Hector Herrera or someone else, did not test the Barcelona arquero or the defense playing in front of him.

The best chance for Mexico to score in the opening half came in the 40th minute when Miguel Layun’s directly taken free kick forced Ter Stegen to parry the ball over the crossbar.

And early in the second half, in the game’s 59th minute, Werner got Germany’s third goal off a quick counter-attack and a tic-tac-toe play started by Draxler (through Jonas Hector).

Marco Fabian cut El Tri’s deficit to two goals in the 89th minute on a screaming shot from outside the penalty area. But in the first minute of stoppage time, Amin Younes restored Die Mannschaft‘s three goal advantage with a sharp angle finish off a pass from Emre Can.

The result for Juan Carlos Osorio’s selection meant that they would be playing for third place on Sunday in Moscow against a Portugal side that might not talismán Cristiano Ronaldo. As for Joachim Löw’s Mannschaft, they will face Chile in St Petersburg in a final match that will guarantee to produce a first time winner.