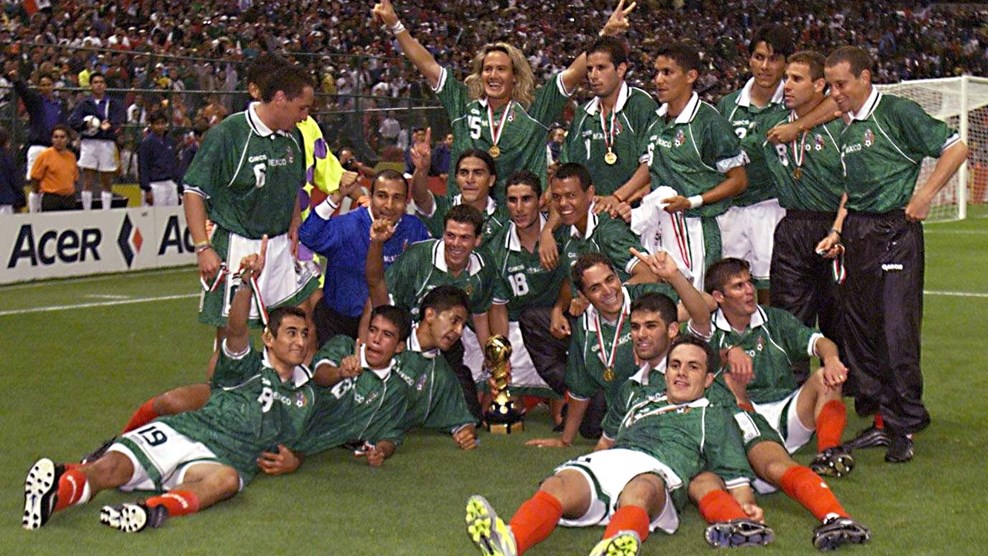 The World Cup Qualifiers have subsided but the feeling of international play has just begun. Mexico goes from seeking a ticket to Russia 2018 and has flown off to Russia this summer for the Confederations Cup that starts on June 17th. But before we get into the importance of the tournament for Mexico, let us begin with a few background details regarding the tournament.

What is the Confederations Cup?

The tournament originally started in Saudi Arabia in 1992 and was called King Fahd Cup where the host nation and a group of continental champions would face off in a series of matches. However, FIFA took over in 1997 and renamed it the FIFA Confederations Cup and arranged for the tournament to be played every two years.

This format was changed again in 2005 and has since stayed to the every-four-years structure, with the tournament being a year prior to the World Cup in the expected host nation of the World Cup. The tournament typically consists of the host nation, the current World Cup winners and the six continental champions who qualified.

There have been times where certain teams meet more than one criteria and at that point, two teams from that confederation will be invited to go or one team will opt out and a second team from that region will be the replacement.

After the eight teams are decided, the teams are sorted into round-robin groups. Russia, being the host, automatically is designated as A1.  Up until 2017, teams from the same confederations could not be in the same group. But with Russia hosting the World Cup, Germany being the current World Cup winners and Portugal being the Euro Champion, this is the first time three teams from the same confederation will have two teams be in the same group (in this case, Russia and Portugal).

For CONCACAF, the Confederations Cup has allowed the region to make a name for itself on the international stage. In its inception year of 1992, the US Men’s National Team was able to secure a third place finish. In 1995, Mexico was also able to get third place and in 1999, as the host of the tournament, Mexico was declared the Champions of the Confederations Cup for that year (US would earn 3rd place). The last time Mexico advanced was back in 2005, when they were able to secure fourth place after a 4-3 loss to Germany.

Why Is It Important?

From a technical standpoint, the tournament is used more than anything else as a rehearsal dinner for the host nation. A shot for the country to see how some of its designated stadiums will manage an international tournament. The infrastructure however, transcends beyond the literal buildings. Mexico heads to Russia alongside seven other teams in a tournament that will be held in the same location the World Cup will be held next year. Each team participating in the tournament will have a chance to get a lay of the land: literally. The weather, the fields, the competition and much more will provide each team with the necessary exposure to have the upper hand from other teams that will not see Russia until next June.

What does this mean for El Tri?

In a scale of mass friendlies and matches that are typically held in the United States or Mexico, this tournament will provide the team a change of scenery. Literally playing halfway around the world, Mexico will take on the likes of Portugal, New Zealand and Russia in the Group Stage of the tournament.

The match against Portugal will be a particularly defining moment as the Mexican defense will have a chance to play against recently crowned Champions League winner Cristiano Ronaldo. This level of competition is something the team will probably not see until they are back in Russia. The next match against New Zealand will be a layer of deja vu for the team, considering it was the same team they had to face in the playoff legs they barely qualified to participate in that kept them afloat to land in Brazil back in 2014. The final group stage match against Russia will close out Mexico’s start to European challengers.

Given the victory Mexico was able to secure almost 20 years ago and the level of confidence the players have alongside the unconventional Juan Carlos Osorio, the expectations differ but most point towards a necessary advancement out of the group stage.

What do our experts think?

“The Confederations Cup like many other slightly forced international tournaments has all the feel of a cash grab. Yet, looking on the positive side, it does give the host country a crash cour

se on the larger tournament and some nations a chance to play a higher level of competition than they would normally see in their average fixture. Mexico just so happens to be one of those countries that benefits greatly from participation. This is a true chance for redemption.” – Jason (@soccermexicana)

come, especially now that most of the bulk of the team is in Europe. Mexico’s last Confederations Cup participation was a preamble to the disaster for what came ahead — finishing in fourth place of the Hex and earning a last minute World Cup berth.

Today, the team is demonstrating complete support to Juan Carlos Osorio’s ideas, and the games in Russia are bound to showcase how strong Mexico’s character is with a year before the World Cup gets underway.” – Nayib (@nayibmoran)

“For Mexico, the competition will be significant for two reasons.

First, there is the opportunity for El Tri to show that it is much more than just a big fish in a small CONCACAF pond. Although Mexico already has one Confed Cup title, it’s important to remember that El Tri secured that championship when the tournament was hosted in Mexico.

Second, Juan Carlos Osorio will have a bigger stage to help win over his doubters. Mexico’s manager has done very well in World Cup qualifying but has yet to shake off the criticism of the 7-0 loss to Chile last summer. An impressive run this summer should do plenty to help his status with the national team.” – Cesar (@cesarhfutbol)

s it the last big opportunity for Mexico before the World Cup. It gives them a chance to face big teams that are also looking for victory on a senior level. It’s a preview of the World Cup in terms of logistics. For Mexico, going a year before gives them a chance to be exposed to the food and hospitality and all that is a test. You have to make sure your team is comfortable and it is not the first time they’re going to that specific country.” – Wiso (@wisovazquez)

The most crucial match for El Tri will be the very first game against Portugal. It will determine the attitude the team will carry for the rest of the tournament. The loss of ‘Tecatito’ was felt greatly during the match against the US on June 11th and it will still be felt throughout the Confederations Cup but there are still positive options left for Osorio. Carlos Salcedo has stated he has no problem with marking Cristiano Ronaldo during the match, solidifying the confident mentality many players have expressed regarding Juan Carlos Osorio’s leadership. The question continues however, whether that confidence translates back onto the field. Against the US, it was shaky.

But being able to secure a tie against Portugal would grant El Tri one point and leave a sigh of relief to continue the next two group stage matches with victories in mind and maybe even clash against Portugal for the top of the table based on goal differential. From there, a redemption game against Chile or a match against Germany where El Tri gets a victory would be a test of their abilities in a mini-World Cup before the remainder of their matches to qualify for 2018.

As far as actual predictions from yours truly, most likely an advancement out of the group stage with a possible 3rd place victory would give El Tri respect internationally going forward.

Mexico kicks off their international tournament on June 18th against Portugal at 8 am PST.