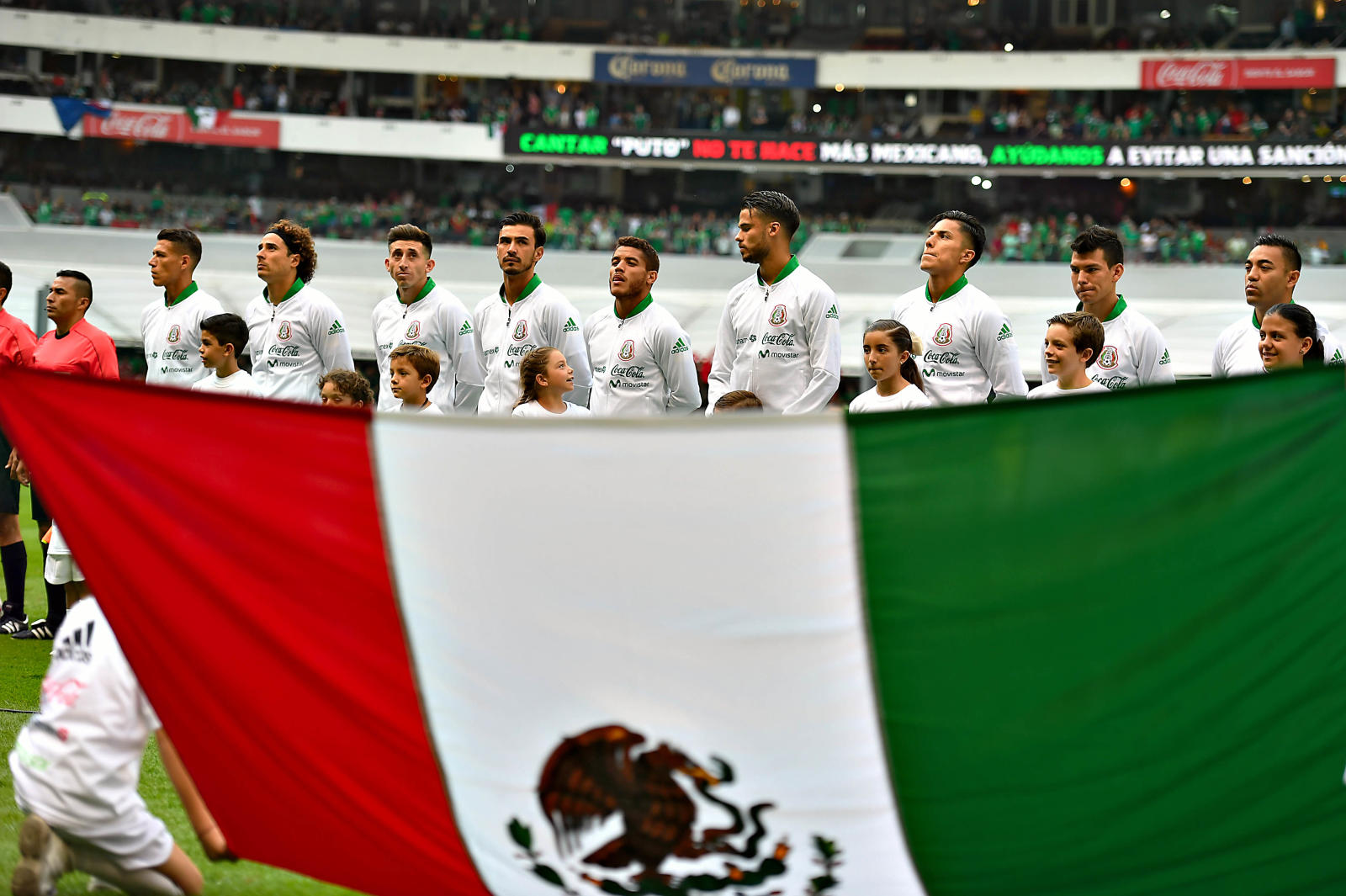 Mexico collected 4 of the 6 possible points from their two home qualifiers:  a comfortable win vs Honduras, and a sluggish draw with the US.  Just as we had predicted in our latest Gentlemen’s Agreement. How were we able to read the conditions where this scenario played out?  I am not a pundit, though I play one on this sight.  But as much as it may rustle a lot of the futmexnation faithful to reads this, the key game last week was not the US, but Honduras.

It goes without saying that any match vs the US carries a much broader psychological significance than any game Mexico plays.  Period.  Had Mexico not beaten Honduras, the Azteca would have become a pressure cooker.  More so than usual.   Even so, The US game was being played on 2 days rest with an Aeromexico jumbo jet waiting on the tarmac at the Benito Juarez to take Mexico to the 2017 Confed Cup.

It was thew very definition a trap game, made even trappier by the fact the arch-rivals were in town.

Nevertheless, the key component to this trap was solved somewhat by the result vs Honduras.  Getting the win knocked the edge off a little.  Even so, the only result that would be 100% unacceptable was a loss to the US.  The trap may have been spotted, but Mexico still did their damnedest to almost fall in it anyway.  And that would have been a disaster that would have lingered well beyond Sunday.

Juan Carlos Osorio said in the post-game presser that he had expected the US to prey off mistakes and counter.  Which made Bradley’s exquisite goal so galling.  A bad pass by Chicharito and goalie caught watching led to the US goal.  But credit to both Ochoa and the Chich for being instrumental in getting the goal back.

After a frenetic first half, it was very apparent that both teams were coming to terms that a draw was a good result for both sides.  The US was happy to get their 3rd draw at the Azteca in 6 hexagonal tournaments, while Mexico was happy not to have to deal with such a devastating loss right before playing the most important tournament (with regard to securing a world cup seed) in the lead-up to Russia18.  In other words, they each played not to lose.

Losses in the US-Mexico rivalry have consequences beyond trophies and points.  The loss lingers and often festers into gangrene.  Chepo de la Torre lost to the US in a friendly, lost his mojo,  and never recovered.  The US’ last two coaching changes have come at the heels losses on home soil to Mexico.

So Mexico is now on Russian soil, and Juan Carlos Osorio has another gauntlet to negotiate to maintain his standing as Mexico’s coach. To his credit, he has passed every test since la boda roja,  but this test will present a bigger challenge than anything he has had to deal with in the hex.  WC qualifying is all about results; while results are important in the Confed Cup, style points will be just as crucial.

Consider the following scenario:  Mexico plays well against Portugal, but ultimately loses out to a moment of brilliance from you know who.  They collect themselves to put 3 in the back of the next against the kiwis, but the Russians won by 4, so Mexico needs to win vs the hosts in order to advance.  They take the lead over Mother Russia, but a dubious penalty in 2nd half stoppage in favor of the hosts sends them through to the next round and Mexico home.  They did not make the knockouts, but acquitted themselves well.  Osorio should be on firm footing the rest of the way to Russia 18. But if Mexico comes in a distant 3rd place in the group stage, then Osorio would be in trouble.

Mexico could save us all the trouble of writing the “is Osorio’s job in jeopardy?” columns later this month if they can advance past the group stage.  What is my prediction?  Mexico will lose out on penalties to ze Germans in the semifinals.  It’s science.

How does Mexico stand heading into the tournament?  Let’s go line by line.

Goalkeeping:  Despite giving up the bad goal vs the US, Memo Ochoa is still Mexico’s best shot stopper.  He should be, he had plenty of practice at Granada.

Defense:  If Nestor Araujo can get the cast off the finger, it will be a huge plus.  Carlos Salcedo and Hector Moreno have the transfer distractions behind them, and Diego Reyes has been solid.  It appears that the defensive lapses that were prevalent last summer have been shored up.  The worry here is the lack of speed.  But that has always been the worry with Mexico’s backline.

Midfielders:  Hector Herrera and Jonathan Dos Santos were sensational in the qualifiers.  A healthy Andres Guardado would stabilize the midfield that much more.   Off the bench, Mexico can go offensive with Marco Fabian or Defensive with Rafa, who should be good for about 30 minutes.

Forwards:  There is no question that losing Tecatito was huge.  He is the most technical player with the ball at his feet.  But we also have to understand that teams will not be playing Mexico the way their CONCACAF opponents do.  To that end, Carlos Vela has emerged as Mexico’s most important offensive player… finally.  This group has a lot of versatility, and they have consistently proven themselves against top flight defenses all over Europe. The late addition of Jurgen Damm adds an element of superspeed that neither Corona nor Lozano can provide.

Bench:  Mexico might not be as deep as Osorio would like, but he has some players that come off the bench and tilt the field in favor of the Tri.  All he needs is 3 per game, and the dreaded “rotaciones” have afforded him the opportunity to change tactics, formation, point of attack, etc., on the fly.  Mexico has the talent to compete for the title.  But they will also need some good fortune along the way.  But as Darrell Royal once said: “luck is when preparation meets opportunity.”

El Tri has prepped, they have their golden generation, and a golden opportunity.  If not now, when?