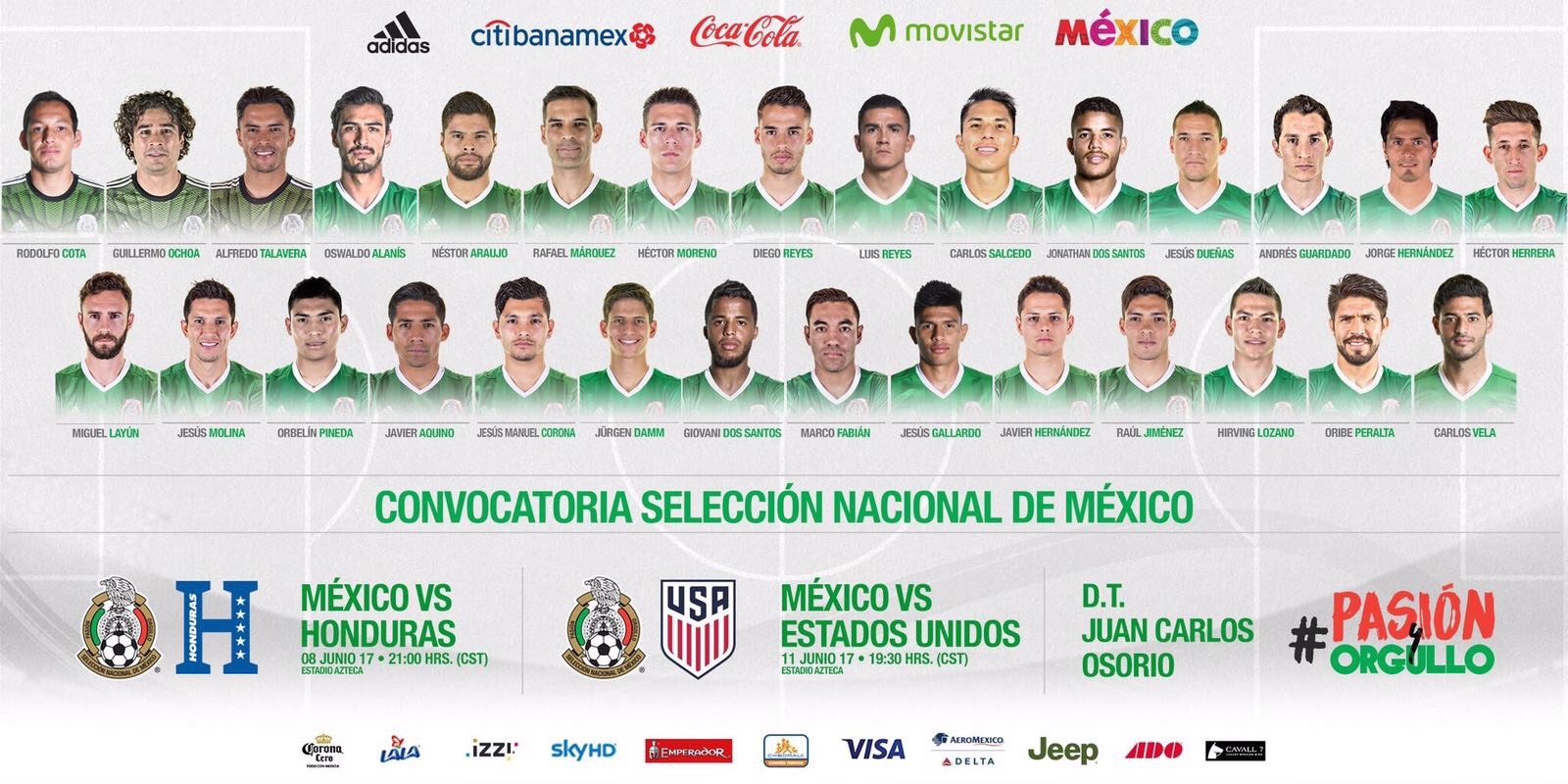 As promised from his press conference after his team’s 3-1 win over Ireland, Juan Carlos Osorio named the squad he would take to bring to Mexico’s FIFA World Cup qualifiers against Honduras and the United States.

Instead of a 23-man selection, Juan Carlos Osorio named a 29-man squad with few surprises from the two friendlies. Among the names to have made it to Osorio’s World Cup qualifying squad were Jorge Hernandez and Rodolfo Cota, who both turned in good performances against the Republic of Ireland.

Despite not featuring with the national selection for the friendlies, both Tigres midfielder Jesus Duenas and LA Galaxy striker Giovani Dos Santos also featured in Osorio’s convocados.

The following players were called up for Mexico’s World Cup qualifiers against Honduras on Thursday, June 8, and against the United States on Sunday, June 11.