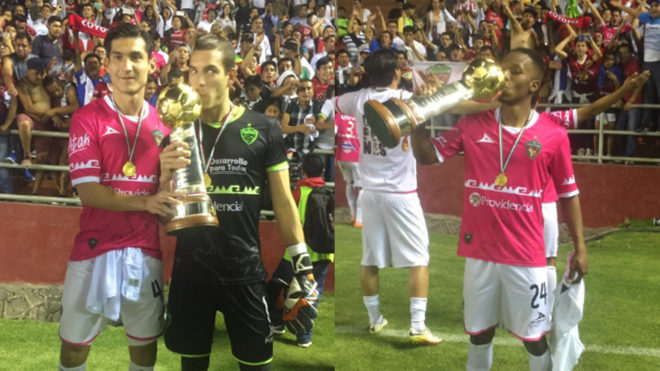 At its annual owners’ meeting, Ascenso MX officials and owners approved several changes to the season, most notably a restriction on which teams could be promoted to Liga MX if they had won promotion.

Ascenso MX officials required teams to meet a number of criteria to earn a promotional license to play in Liga MX which included a stadium which could host at least 20,000 fans. Of the seventeen teams set to participate in Ascenso MX, only Chiapas, Leones Negros UDG, Potros UAEM, Celaya, the formerly suspended Atletico San Luis, and the relocated AC Zacatepec are eligible for promotion to Liga MX.

If the winner of the promotion final after the 2017-18 team or the 2017-18 Bicampeon were to be one of the ineligible teams, including Tapachula, Atlante, Correcaminos UAT, Dorados, Venados, Mineros de Zacatecas, Oaxaca, Tampico Madero, Cimarrones de Sonora, Murcielagos, and FC Juarez, that team would only receive prize money of 120 million (Mexican) pesos and no team would be relegated from Liga MX that season. These ineligible teams have until July 15 to expand their capacity to the minimum required promotion capacity, and gain their promotion eligibility to move up to Liga MX, if they win it on merit in the 2017-18 season.’

As a direct result of their ineligibility for promotion, some executives of the ineligible franchises have moved to freeze their franchise to try to prevent them from suffering relegation out of the Ascenso MX. However, this decision is being blamed on owners who are executives of television stations whose teams might have to face the relegation battle in 2017-18.

The owners of the meeting officially confirmed several other pieces of business ahead of the 2017-18 season, including the relocation of the Coras FC franchise from Tepic to Zacatepec and rebranding as AC Zacatepec to take place of the franchise which folded at the end of 2017-18 (Zacatepec Siglo XXI). In addition, investments made by Atletico de Madrid were enough to allow Atletico San Luis to participate in Ascenso MX in 2017-18.

And newly promoted side Coyotes de Tlaxcala would be playing in Ascenso MX in 2018-19, rather than in 2017-18, due to meeting the Ascenso’s own stadium requirements for participation.

[Original reports came from tweeted reports by Luis Castillo of TVC Deportes and Record. Follow him on Twitter here.]

Chivas Campeón: In-depth analysis of the Clausura 17 final
Gentlemen’s Agreement – Is the Chivas Comet Here to Stay?
To Top