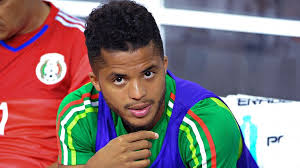 The Mexican Football Federation and Juan Carlos Osorio announced early Tuesday morning their 32-man preliminary roster for the games ahead of their upcoming friendlies later this month as well as the summer tournaments in June.

Mexican striker and LA Galaxy player Gio Dos Santos is part of the roster call-ups but it was announced that he would not be joining the team until June, meaning he will miss the friendly against Croatia on May 27th in Los Angeles. The match conflicts with Galaxy’s away game against San Jose that same day. Los Angeles Galaxy will also be traveling for a game against D.C United on June 3rd and per LA Galaxy’s communications department, “Dos Santos will join Mexico on June 4 after Galaxy’s road match.”

During the press conference, Juan Carlos Osorio reiterated the commitment Gio currently has with his club.

Translation from Osorio’s press conference: “Gio is currently very active with his club and makes it impossible for him to participate in the games for the US Tour.”

The Mexican striker has currently come back from a drought with his club team, scoring against Chicago Fire on May 6th and his first goal for the club since their season opener against FC Dallas back on March 4th. He also scored a penalty and gave in assist in the team’s most recent game against the New York Red Bulls on May 13th. While staying with LA Galaxy might be beneficial for the club for some extra points before the summer tournaments begin, the lack of playing time with El Tri before official games might leave Dos Santos at a disadvantage.
Gio Dos Santos will be featured for El Tri’s two World Cup qualifiers in June against Honduras on June 8th and the United States on June 11th. He also up for selection for a possible spot in the FIFA Confederations Cup in Russia that starts June 17th.