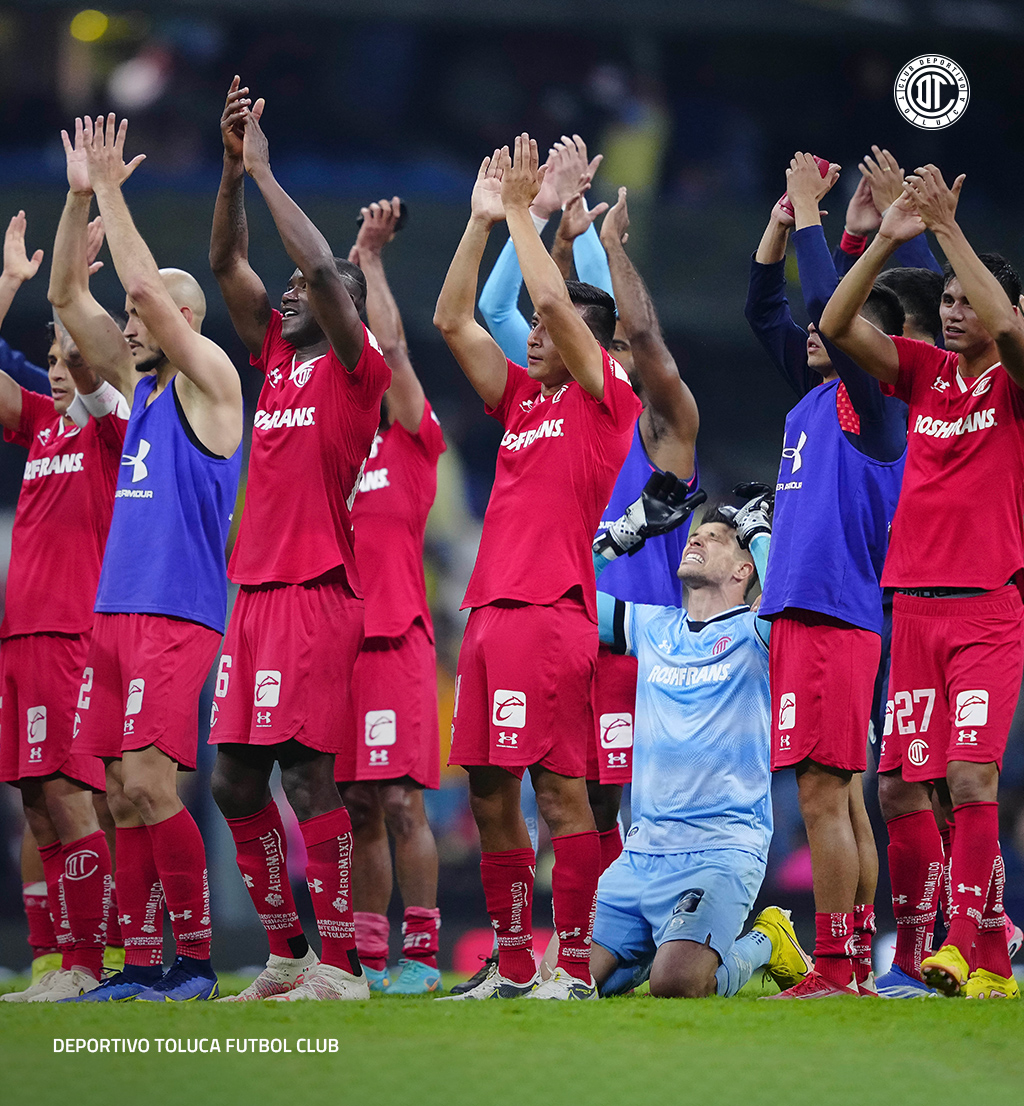 A shocking round of semifinals left out the top two teams with Toluca and Pachuca for La Gran Final. Let’s take a look at how we got there.

After 180 minutes of pure intensity between two top clubs of Liga MX, Toluca would end up winning the series with a 3-2 global score and ousting the Super Lideres. The first leg would be played at Toluca’s home where they walked away with a hard fought 2-1 victory while the second leg was played in the Estadio Azteca to a 1-1 draw.

Tiago Volpi played a critical role in this series as he came up with timely saves in both games that allowed Toluca to maintain their lead. In total, Volpi made eight crucial saves that ultimately allowed Toluca to advance to the Gran Final. Volpi wasn’t the only defensive asset Toluca benefited from. After scoring eleven goals against Puebla, it looked like America could easily do the same to Toluca. However, Los Choriceros held their ground and limited America to only two goals in 180 minutes.

It is now another failure for the winningest team in all of Liga MX as they have not been to a final since the 2018 Apertura. That final also marks the last time that America has won the championship bringing their Liga MX title drought to four years. Now Toluca will move onto the final where they will prepare to face off against Pachuca, who is making their second straight final.

In the other series, we had a draw that could have gone for either team. Pachuca ultimately surprised everyone with complete domination in the first leg as they would walk out 5-2 winners and essentially seal the tie at home. Pachuca played a near perfect game in the first leg and it was capped off when their top player Nico Ibañez secured a hat trick.

Meanwhile, Monterrey had a pitiful performance in both legs as they failed to advance to the final and were outclassed by their opponents.  Their issues were magnified in the return leg where they were imprecise in front of goal and missed clear opportunities to make this series a little more tighter. Pachuca played a methodical second leg and were able to hold on to the result. They would walk away winners after scoring a penalty in the 95th minute that would serve as the final nail in the coffin for Monterrey. They are looking to avenge the loss they suffered last season to Atlas and Almada is looking for his first championship in Mexico. They will visit Toluca on Thursday, October 27th for the first leg and return home and play the second leg on Sunday, October 30th.