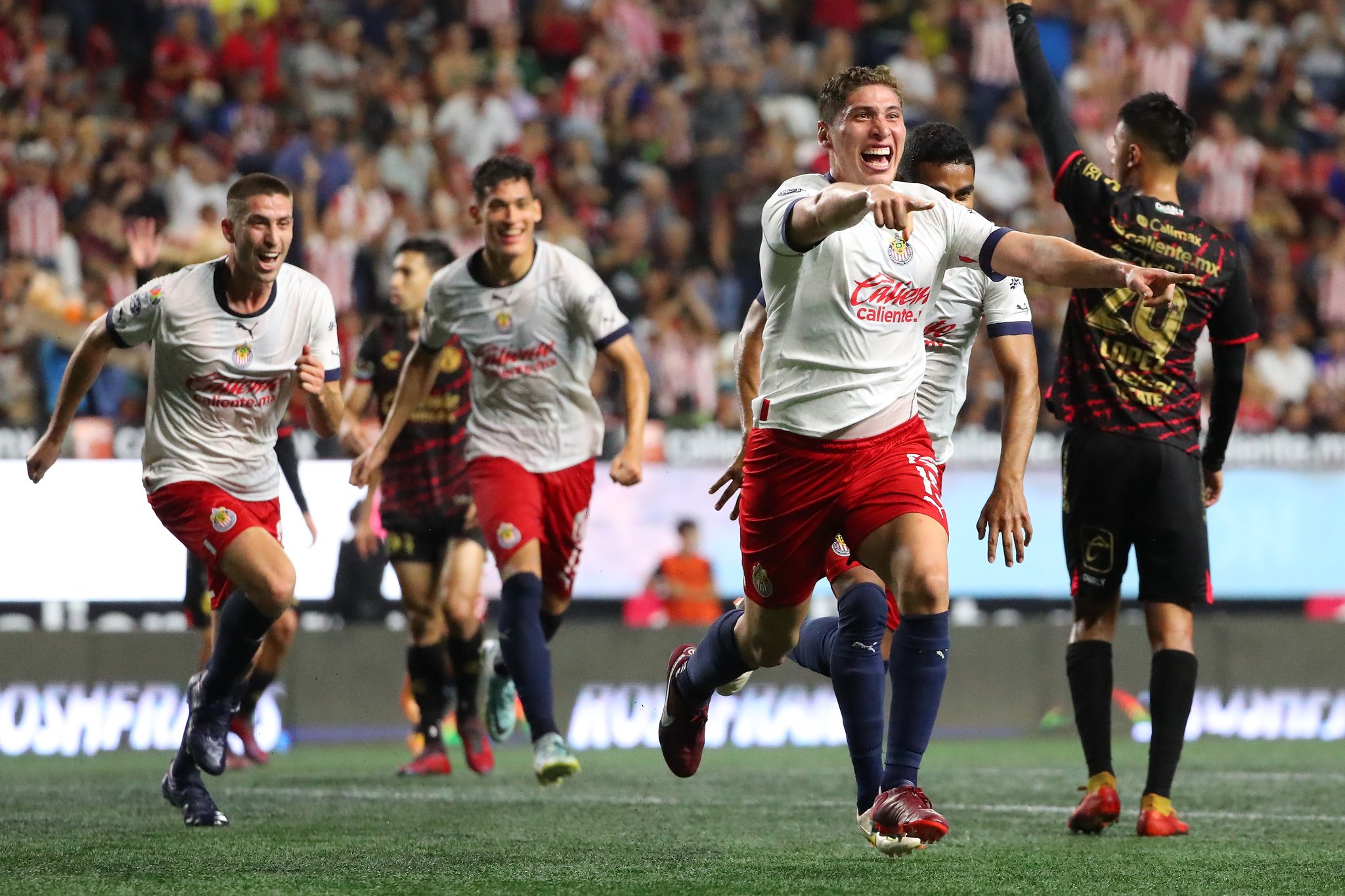 America wins their eighth straight game as they soundly defeated Atletico San Luis, meanwhile El Rebaño gets back to winning ways. Here are my three takeaways from Week 13.

Las Aguilas were looking for their eighth straight victory, as they would welcome Los Tuneros to the Estadio Azteca where they easily defeated them 3-0. San Luis would actually have a tremendous start to the match as they scored a goal in the third minute of play but the official would get word from VAR that there was a foul committed during the goal, as Abel Hernandez had slightly pushed Nestor Araujo before scoring. Therefore the goal would be waived off and the game would remain 0-0. Both sides remain competitive throughout the half with each side having a couple of near chances that could have opened up the scoring. It wouldn’t be until the 45th minute when Las Aguilas would deliver a crushing blow to Los Tuneros with Cabecita Rodriguez scoring the game’s first goal. America would only need the first ten minutes of the second half to put this game to rest. Diego Valdes would score his fourth goal of the season in the 53rd minute and two minutes later Henry Martin would score his team leading eighth goal of the season to put the game away. With this win America maintains their position at the top of the table and continues being the clear favorite to lift the 2022 Apertura title.

Chivas Get Back in The Win Column

Chivas traveled to Tijuana where they would face off against a slumping Xolos side that has been winless in their past four games. El Rebaño would ensure that Xolos would remain winless for at least another jornada as they defeated the side 2-1 in a hard fought battle. El Rebaño would come out with an alternative lineup that saw names such as Alexis Vega, Angel Zaldivar, and Isaac Brizuela on the bench and gave an opportunity to start Santiago Ormeno, Chicote Calderon, and Alan Mozo. They would prove to be formidable options for El Rebaño and showed they could be counted on to start. It would take Chivas the first half to mesh everyone’s style into a cohesive unit with the team not creating many opportunities on Tijuana’s goal. However, in the second half Chivas still continuing with their alternate lineup, immediately found the opening goal as Roberto Alvarado would score with just a minute and 12 seconds having gone by. The joy would not last for long as 12 minutes later Tijuana would tie the game by means of Franco Di Santo. Chivas would once again retake the lead in the 67th minute thanks to Luis Olivas which would be enough for El Rebaño to win the match and have now won the previous four out of five games. Chivas will return back to Guadalajara where they will welcome a stagnant Puebla side, who has tied their previous eight matches.

In what was a do or die game for Pumas, La Universidad would bust out all the stops to defeat a weak Queretaro side and snap their nine-game winless streak. It would be complete domination from Pumas right from the get-go and they had countless opportunities to open up the scoring but just couldn’t find the back of the net until the 25th minute when a powerful strike from Eduardo ‘Toto’ Salvio delivered a tense-relieving goal for Pumas. However, Pumas would falter as they allowed Queretaro to tie the game on one of the only few shots they had on target with a goal from Angel Sepulveda. Pumas would go into the halftime break tied at one after having countless opportunities to score more goals. Pumas would take advantage of a six-minute stretch where they completely overpowered Queretaro and scored two goals. It would begin in the 62nd minute when Juan Dinneno would restore Pumas’s lead and score his fourth goal of the season. Then six minutes later he would score once again giving Pumas a two-goal advantage. Dani Alves would provide the assist; his third since joining the club. Pumas would cruise into the victory and they would actually add a fourth goal in stoppage time making the final score 4-1. With this victory Pumas can exhale for a bit as they currently find themselves just two points outside of the final repechaje spot. They will visit the Nemesio Diez for their upcoming match in hopes of keeping their season alive.