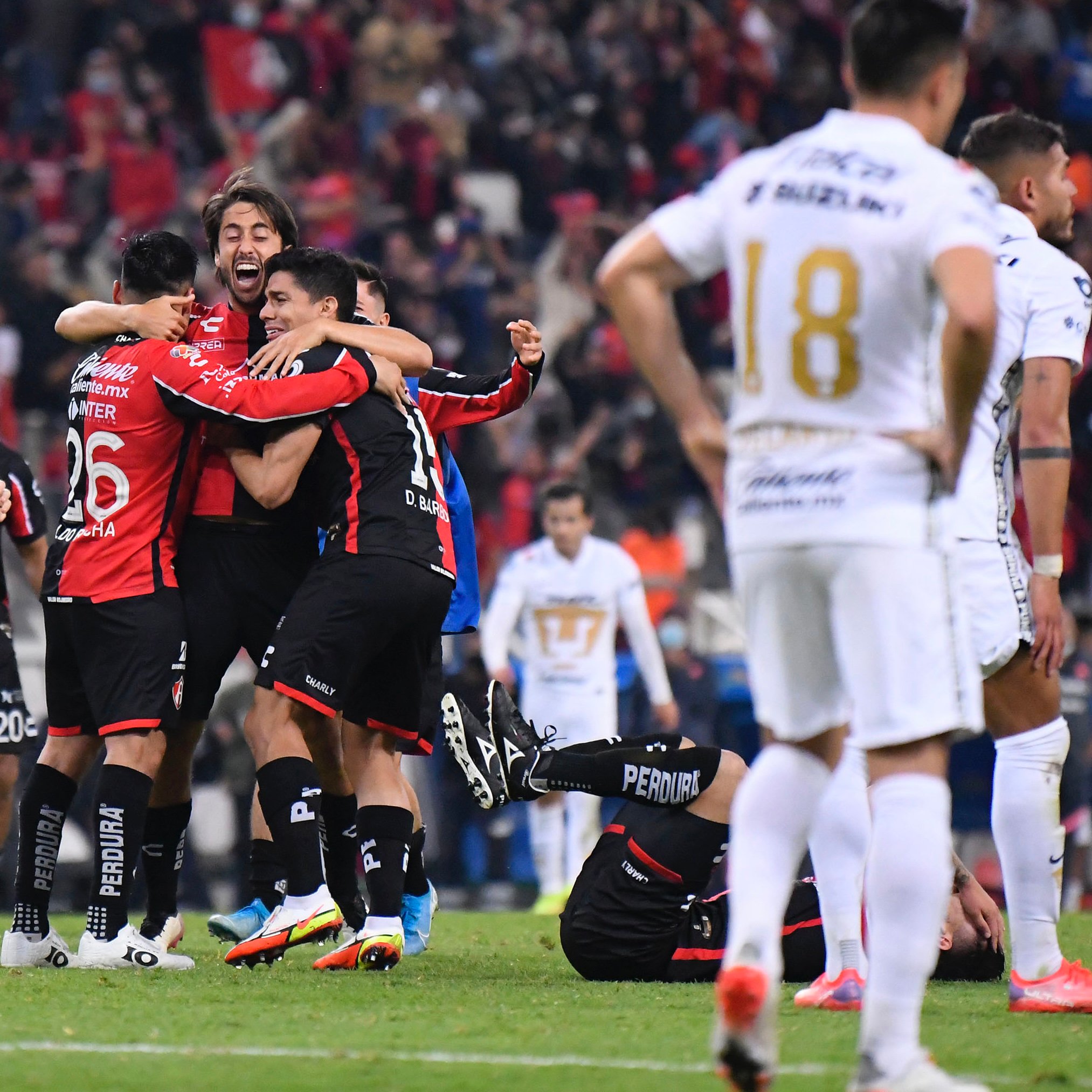 Los Rojinegros de Atlas continue with their Bicampeonato hangover and find themselves in the bottom three of the table, meanwhile Cruz Azul will try to make it two wins in a row when they visit Juarez. Here’s what to look out for in Week 12.

The bicampeones have not fared well this season and they have found themselves sitting in 16th place with only 9 points. Atlas and their season woes continued when they lost to Leon 4-2 while putting up a lackluster performance. One of the strengths that Atlas heavily relied on was their defense but this season they’ve struggled on that end, allowing 21 goals in 12 matches. It seems like the fatigue of the past two seasons has finally caught up with them. Many players who were critical pieces in their championship runs having under performed this season, including Camilo Vargas, Aldo Rocha, and Julian Quinones. However, they will have an opportunity to make up some ground as they will have some fixtures where they could possibly walk away with a win including their upcoming match against the struggling Pumas. Both teams are neck and neck at the bottom of the table and Los Rojinegros are looking to snap a five-game win less streak and sink Pumas to the bottom of the standings. This will be a critical match for both teams to hopefully save their season.

La Maquina returns to the pitch after having narrowly defeated Queretaro in Raul ‘Potro’ Gutierrez’s debut as interim coach. While some tension was eased with the win, the team’s performance left many fans worried and wondering if their season is still salvageable. La Maquina has the tough task of traveling to Chihuahua to take on a feisty Juarez side, that currently holds the final repechaje spot, and has been playing a good brand of football. Cruz Azul has not fared well on the defensive end as the club has given up the most goals this season (26) and have only been able to keep a clean sheet twice. Even while strengthening their defense with a high caliber defender in Ramiro Funes Mori, it has not been enough. One thing they have done to try and address this issue has been benching Sebastian Jurado for Jesus Corona. The veteran goalkeeper was plugged in to the lineup in hopes of bringing some order and stability to the defense. However, there is a lot of work that needs to be done in order for La Maquina to once again become competitive and fight for championships. Their matchup against Juarez is a crucial game as their season hangs in the balance of the outcome of this game.

El Rebaño Sagrado marches into the Nemesio Diez where they will face off against a slumping Toluca. Chivas enters this match with all the momentum on their side after having defeated Pumas by a score of 3-1. Meanwhile, Toluca has been winless in their previous three fixtures. Chivas, on the other hand, managed to put together a three game win streak within a span of a week after accumulating a ten-game winless window which has ultimately calmed down the nerves and pressure. They have also improved on their finishing, which was something they had lacked in the beginning of the season. They have been able to turn around the situation and players like Zaldivar and Ormeño have stepped up for the club and have scored some critical goals. Their youngsters Fernando Beltran and Jesus ‘Chiqute’ Orozco have also been fundamental aspects of the team’s current success. Chivas has managed to jump into seventh place and they trail sixth Toluca by six points. Chivas and Toluca have always had intense and chaotic matches so fans should expect nothing different when these two meet up for the only Liga MX on Sunday.