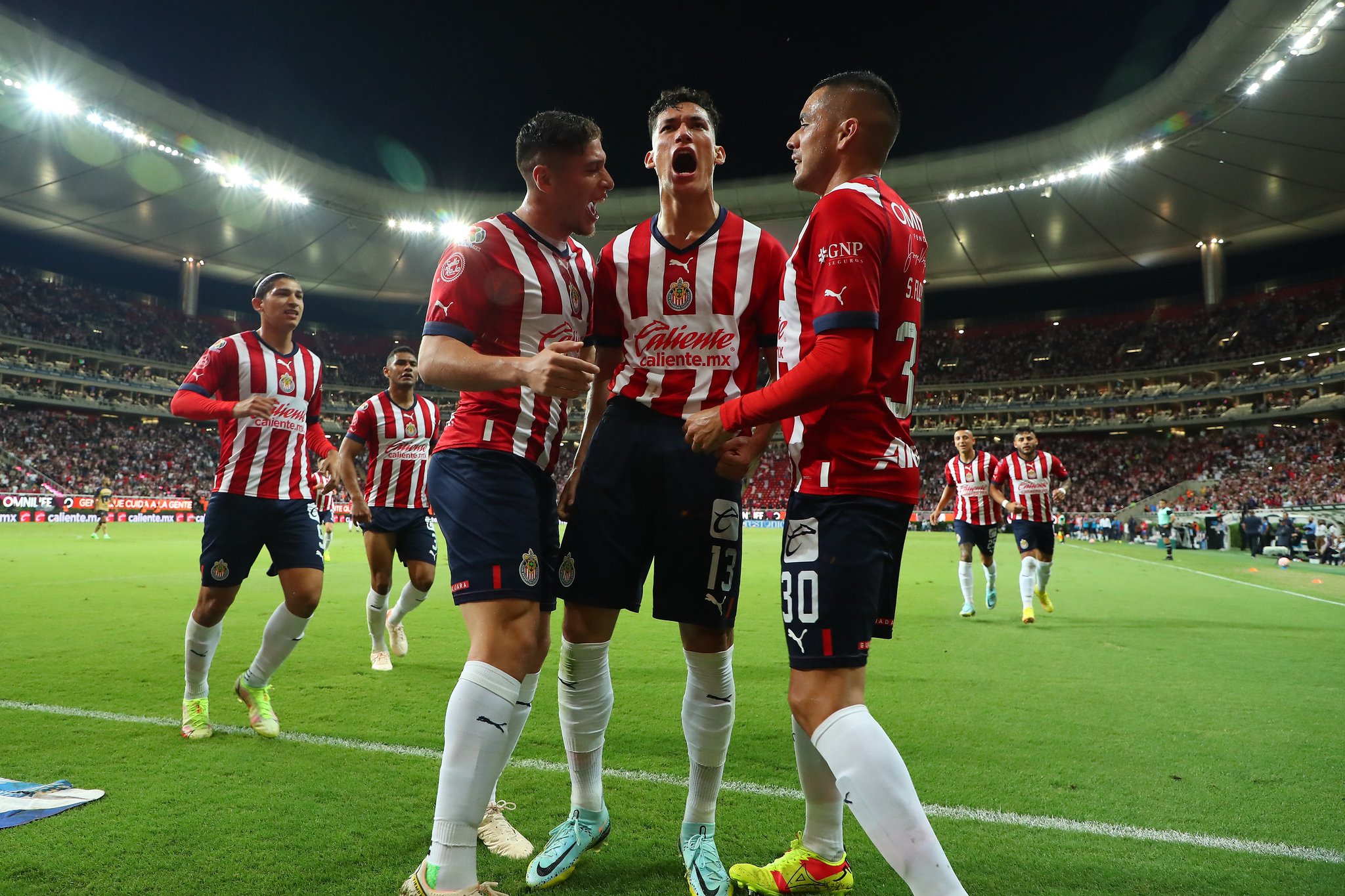 Chivas continued with their great form as they defeated Pumas meanwhile America took care of business and soundly defeated Mazatlan. Here are my three takeaways for Week 11.

Chivas Has a Perfect Week

After picking up their first two wins of the season against Necaxa and Monterrey, Chivas looked to secure a perfect week and pick up another victory against a struggling Pumas team. Chivas actually fell behind early as Pumas stunned the home team with a quick goal in the third minute by Diogo de Oliviera. However, that would be all that Pumas would do in this game as the team fell flat and was overpowered by El Rebaño. Chivas would only need 12 minutes to respond, leveling the game in the 15th minute thanks to the youngster Jesus ‘Chiquete’ Orozco. Chivas continued putting pressure on Pumas and would add two more goals in a span of two minutes. Alexis Vega doubled the lead in the 38th minute and goalkeeper Gil Alcala in the scored an own goal in the 40th minute. With this victory El Rebaño has ascended all the way up to seventh place and will now shift their focus to Toluca as they will visit the Nemesio Diez for a tough battle against Toluca for the one and only Sunday game of Week 12.

America wins but Henry Martin Leaves With an Injury

Las Águilas traveled to Sinaloa where they took Los Canoneros in hopes of getting their sixth win in a row. Las Águilas had a solid night as they walked away with a 3-1 victory and moved into second place in the standings. It was a bittersweet night for their star striker, Henry Martin, however as he scored the club’s second goal of the game but would leave with an injury. Henry Martin suffered a muscle strain against Mazatlan causing him to forgo a call up with the national team for their match against Paraguay. On the bright side it has been reported that he is expected to be out only ten days, missing America’s league match against Tigres on September 3rd. While the club has many top level talents that could replace him for that game, including their newest signing Brian Rodriguez, none of them have been as effective as Martin. Martin has produced 11 goals for America in the past seven games ; 7 goals and 4 assists. He continues being a vital piece of the club’s resurgence and when he is on the pitch America is one of the best clubs this season.

Monterrey Returns to Their Winning Ways

After Monterrey dropped points to Chivas in their midweek match, they would have to head out to Tijuana in hopes of retaining their top place in the standings. While it would take a while before the game saw its first goal, Monterrey would ultimately just be too much for Tijuana and they defeated Los Xolos by a score of 3-0. After not having performed well in Guadalajara both German Berterame and Rodrigo Aguirre would play a critical role in Monterrey’s win. Another player who has seen a resurgence has been Rodolfo Pizarro as he has become a critical piece for Monterrey in his second stint with the club. Monterrey will need their top players to continue having excellent performances as they have five teams below them in the standings separated by only a few game-defining points. Monterrey will return home to the Estadio BBVA where they will face off against Mazatlan for Week 12 of Liga MX action.