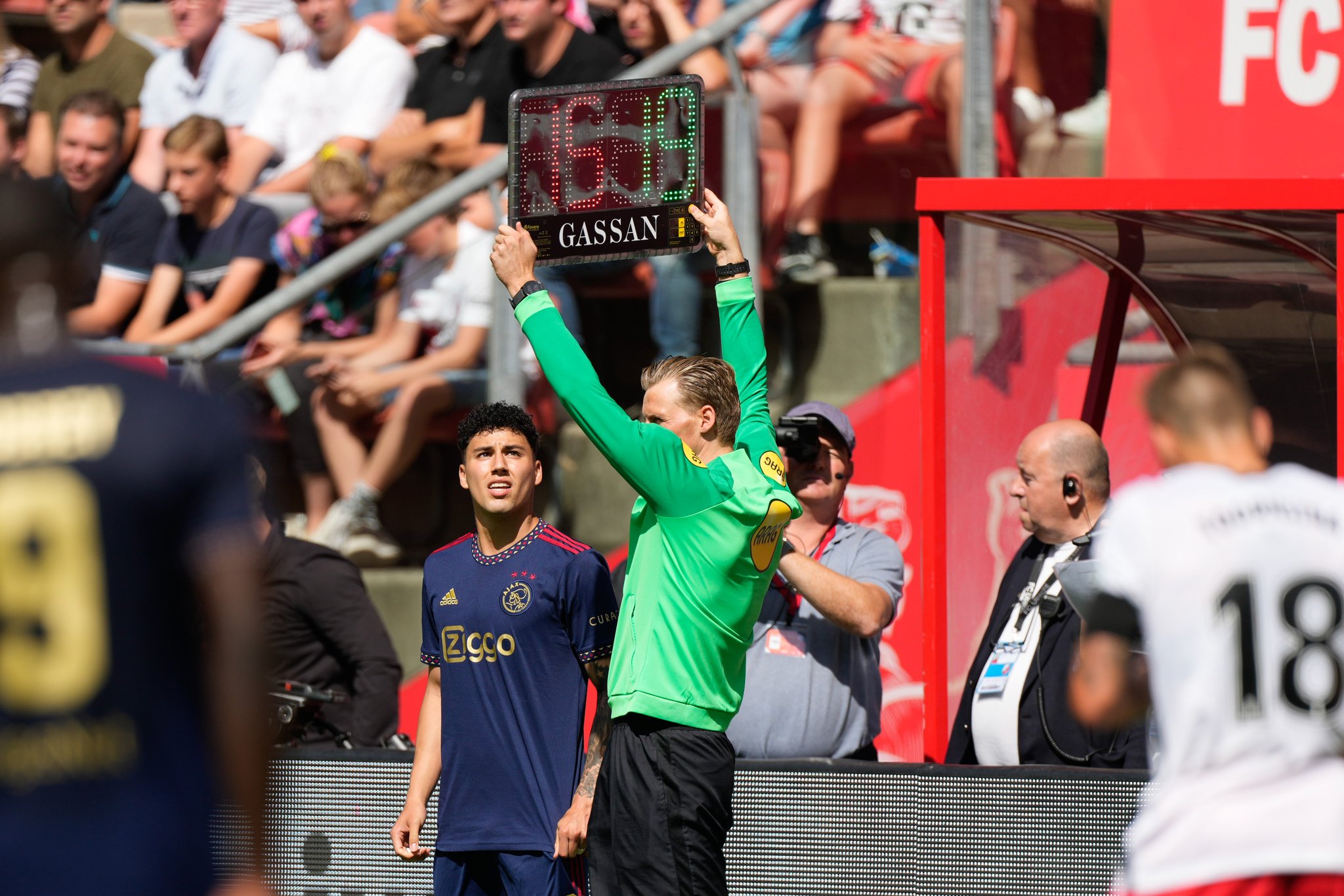 FutMexNation is here to bring you an update on our favorite extranjeros as they all had stellar performances with their clubs.

Santiago ‘Santi’ Gimenez had himself a match as he finally opened up his European scoring account while also adding an assist to his name in his team’s 4-0 victory against FC Emmen. Santi entered the match in the 63rd minute for Danilo and get his first goal in Europe in the 85th minute, sealing the victory for his club. Then three minutes later in the 88th minute he provided an assist to Jacob Rasmussen to give Feyenoord a 3-0 lead. Along with his goal and assist, Santi also completed two dribbles, had a key pass, created a big opportunity, won one duel, and had four precise passes along with a 66% passing accuracy to round out his phenomenal performance. With this win Feyenoord will stay in second place with ten points. The Dutch side will travel to Deventer where they will face off against Go Ahead Eagles for week 5 of Eredivisie.

Edson ‘El Machin’ Alvarez continues to be in tremendous form as he was a crucial player in Ajax’s victory against FC Utrecht. Alvarez would once again put on a masterful presentation as he completely took over the midfield and commanded it at his will. He provided an assist for his club’s opening goal in the 10th minute. Along with his assist he also completed six long balls, had a shot off target, completed a dribble, won six duels, had five clearances and 68 precise passes along with a 84% passing accuracy. He would be named the King of the Match; making him the best player on the pitch for Ajax. Edson continues to be in stellar form and his performances have gained interest from other leagues. While nothing is concrete yet there are rumors that Newcastle United are interested in signing Edson and bringing him to the Premier League. If these rumors are true a deal needs to be struck within the next few days as the transfer window closes on the 31st of August.

On top of Edson’s phenomenal game we also saw Jorge Sanchez‘s debut with Ajax. Sanchez entered the game in the 38th minute after Devyne Rensch would leave the game with an injury. In the 52 minutes he played, Jorge Sanchez had one clearance, won two duels, completed a long ball, had a shot on goal, and had 23 precise passes along with a 76% passing accuracy. Sanchez would have a solid debut where he looked very poised, calm and played with a tremendous amount of confidence. With the unfortunate injury to his teammate this is the ideal time for Sanchez to continue putting in good performances so that he can become the starting right back for Ajax. With this win Ajax continues being the best team of the Eredivisie with 12 points. They will return home next weekend where they will face off against Cambuur.

Diego Lainez continues to enjoy his change of scenery as he continues to provide quality minutes for Braga. Lainez would come into the game in the second half in place of Iuri Medeiros where he would make his presence felt on the scoreboard. Lainez would score his team’s sixth goal and would complete the rout for Braga. Apart from his goal, Lainez would also complete four long balls, win eight duels, complete a dribble, and would also have 22 precise passes along with a 95 % passing accuracy. Lainez has thrived so far in Portugal and it will be a matter of time before he inserts himself into the starting eleven. With this win Braga jumps to first place in the Primiera League with 10 points. Braga will return home next weekend where they will face off against Vitoria SC.

U.S Cremonese 1 – 2 Torino ( Johan Vasquez played the full 90 minutes in his team’s loss. The center back would have four clearances, would block three shots, had four interceptions, would win ten duels, completed a long ball, would have nine recoveries,  and had 26 precise passes, along with a 72% passing accuracy. While it was a solid game for Johan and he continues to impress week after week, Cremonese is still winless this season and sit in the penultimate place on the standings. )

Fiorentina 0 – 0 Napoli ( Hirving ‘Chucky’ Lozano played 71 minutes in his team’s draw. He had two shots off target, missed two clear chances to score, won a duel, and had 11 precise passes along with a 68% passing accuracy. Napoli will remain at the top of the stainds with seven points.)

RFC Searing 0 – 4 Genk ( Gerardo Arteaga played the full 90 minutes in his team’s victory. He would have a clearance, three interceptions, would win six duels, had a key pass, and 44 precise passes along with a 83% passing accuracy. Genk currently sits atop the Belgian Pro League with 15 points. )

AEK Athens F.C 0 – 1 Volos ( Orbelin played 65 minutes in his team’s narrow loss. With this loss AEK falls into fifth place in the standings. They will face against Giannina in their next match up. )

Wolves 1 – 1 Newcastle ( Raul Jimenez returned to the starting eleven for Wolves and played the full 90 minutes in his team’s draw. He would go on to have a shot on target, completed a long ball, won three duels, had two clearances, and had ten precise passes along with a 90% passing accuracy. Raul had scored a goal in the 81st minute however a VAR review determined a foul during the build up and negated his goal. Wolves sit in 19th place with only two points. )

Excelsior 1 – 6 PSV ( Erick ‘Guti’ Gutierrez played 45 minutes in his team’s thrashing of Excelsior. In those 45 minutes Guti had a key pass, created a big occasion, had a shot off target, won three duels, and provided an assist. He assisted to Xavi Simmons in the 55th minute for the club’s fourth goal. Along with his assist he also had 34 precise passes and a 91% passing accuracy. Currently PSV are located in third place with 9 points having only played three games this season while the rest of the league has already played four matches. )

Real Betis 1 – 0 Osasuna ( Andres Guardado finally made his debut with Betis this season as he was finally able to be registered by the club. He would enter in the 91st minute and played 7 minutes in Betis’s win.)