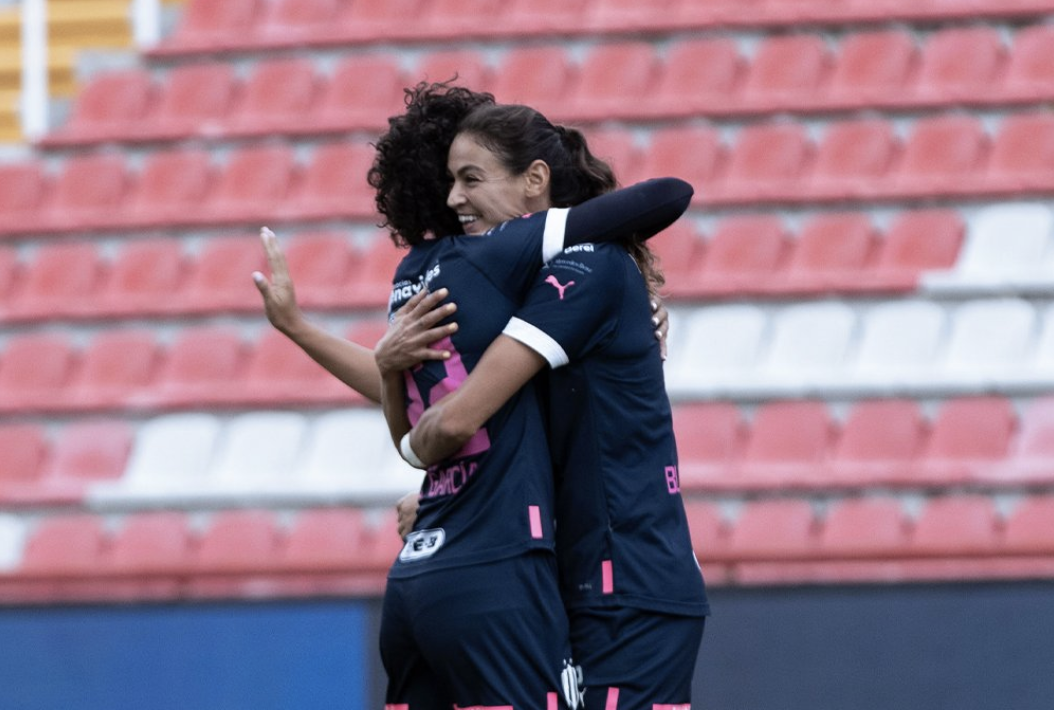 International friendlies are coming up this weekend for some Liga MX Femenil teams but still had matches to battle in during Week 6. Here are the highlights from this past weekend.

Christian Burkenroad is having herself a season. Seven goals in six weeks. Since she joined the league, Burkenroad has been an effective goalscoring asset for Rayadas but this season has been something different. It’s not only that she is scoring goals, it’s the different approaches she has taken to scoring these goals. In their recent match against Necaxa, Burkenroad capitalized on her physicality to put her in the right position to convert her brace with both her feet. As a player with NWSL and European experience, Rayadas’ upcoming involvement in the Women’s International Champions Cup in Portland should give the San Diego native the push she needs.

Chivas remains on top. Another week of experimenting works out for Chivas yet again as the 2-0 victory over Toluca keeps them at the top of the table with 18 out of 18 points. These six victories in a row have also been beneficial to new signing this season, Adriana Iturbide, who has two goals this season but have also added depth up top alongside Licha Cervantes and Rubi Soto. Their 11 goals in favor are also complimented by another great run of form from the defense who has only conceded one goal the entire season. It will be interesting to see how the team responds to their upcoming friendly in the United States and what it’ll mean going into the Clasico Tapatio during Week 7.

Time for some international friendlies. The league is very young compared to others so in some sense, let’s take any results (however good or bad) that occur lightly. Regardless, a group of friendlies in the next two weeks against teams from other leagues is exciting to witness. Between Chivas Femenil and Internazionale, Tigres Femenil and Angel City FC and next week’s match-up for Rayadas against Portland Thorns, seeing where the Liga MX Femenil fares will do everyone some good.