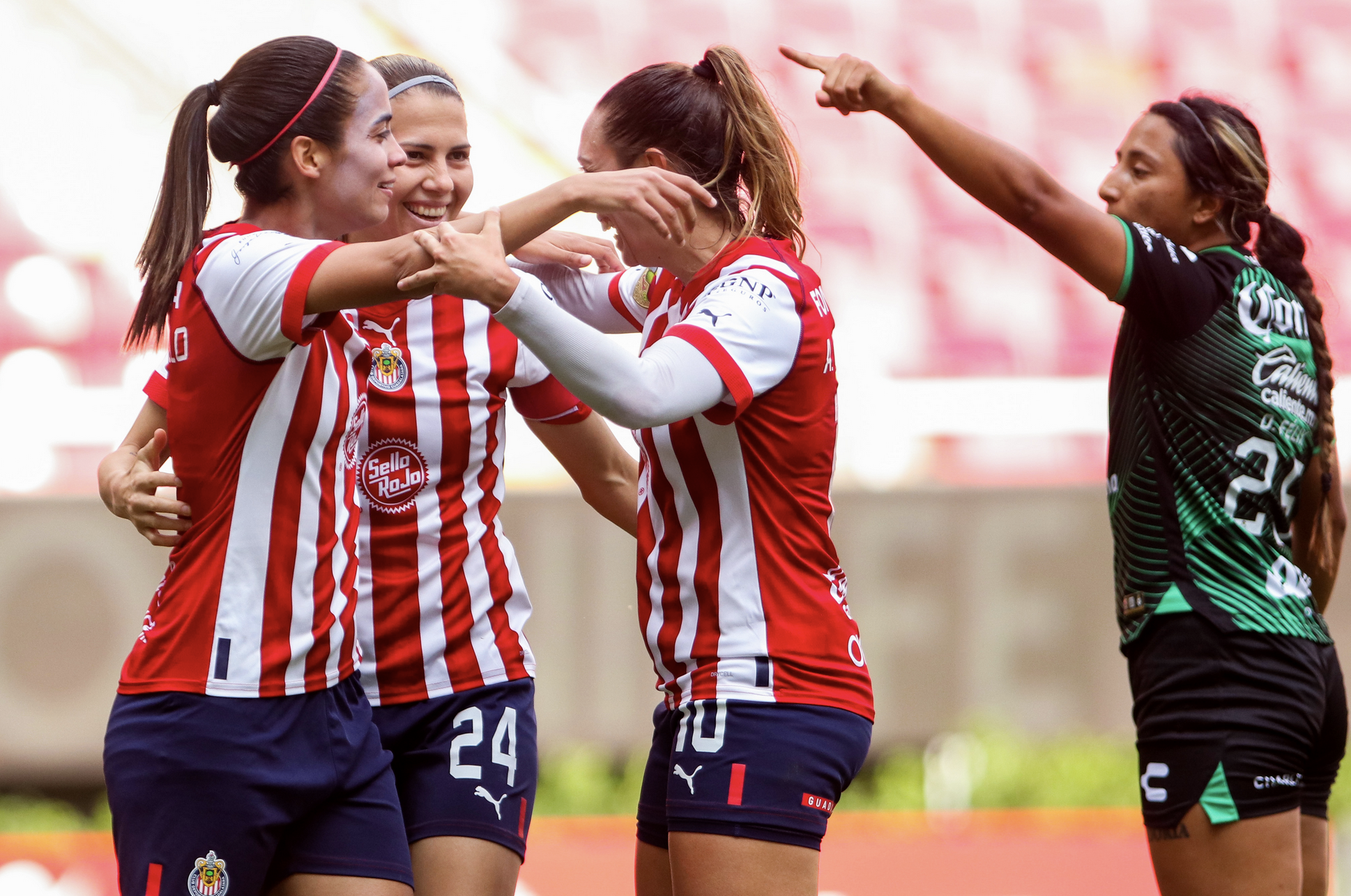 So many matches. So little time. We’ve returned once again and much like the league – these recaps are being a little condensed for time. Let’s get to it.

Chivas Femenil is now eight for eight. The numbers speak for themselves – now for eight weeks in a row. Chivas Femenil continues their reign at the top of the standings with a perfect run of 24 out of 24 possible points. Even in a high stakes game like the Clasico Tapatio and a complicated match like the Week 8 matchup against Santos, Chivas finds a way to implement their system. Their transitions – when done right – run smoothly, they’re able to take advantage of chaotic moments and their ability to create space in tight spaces is complimented by their strong offensive options. With the tough matches not coming for Chivas until the end of the season, it’s hard to see any of their next few opponents slowing down their run.

Tigres Femenil is finding their groove again. It hasn’t been the run of the form they would’ve wanted to start the season but Tigres’ dominant 8-0 victory over Mazatlan and 3-1 win over Pachuca are nostalgic in a positive way. Carmelina Moscato’s side managed to nearly equalize their goal tally from Weeks 1 through 6 in these last two matches. Stephany Mayor, Mia Fishel and Uchenna Kanu are working to find a footing that compliments them all while newly signed Anika Rodriguez is helping reinforce the defense. Santos at home is never an easy feat but if Tigres continues, they might secure themselves another solid victory.

Necaxa’s situation proves there is still a lot more to fix. If you haven’t already seen it, a couple of weeks ago, Necaxa Femenil head coach Gerardo Castillo had very demeaning words to say about his players – the likes of which somehow didn’t see him be replaced. It’s not so much that what he was saying was wrong and it’s not uncommon for a coach to be frustrated with the performance taking place on the field. But once again we find ourselves in a situation where women players – some of whom are young and barely starting in the profession – are forced to endure uncomfortable situations that don’t provide a viable solution. Leadership without complementary guidance will never breed results. It will only create friction that allows for one side to heat up and another to burn entirely. In the words of my colleague, Omar, “Hay deficiencias, trabájalas. Hay que potenciar al equipo con conceptos, muéstrales. No tienen ánimo, recupera al grupo.”