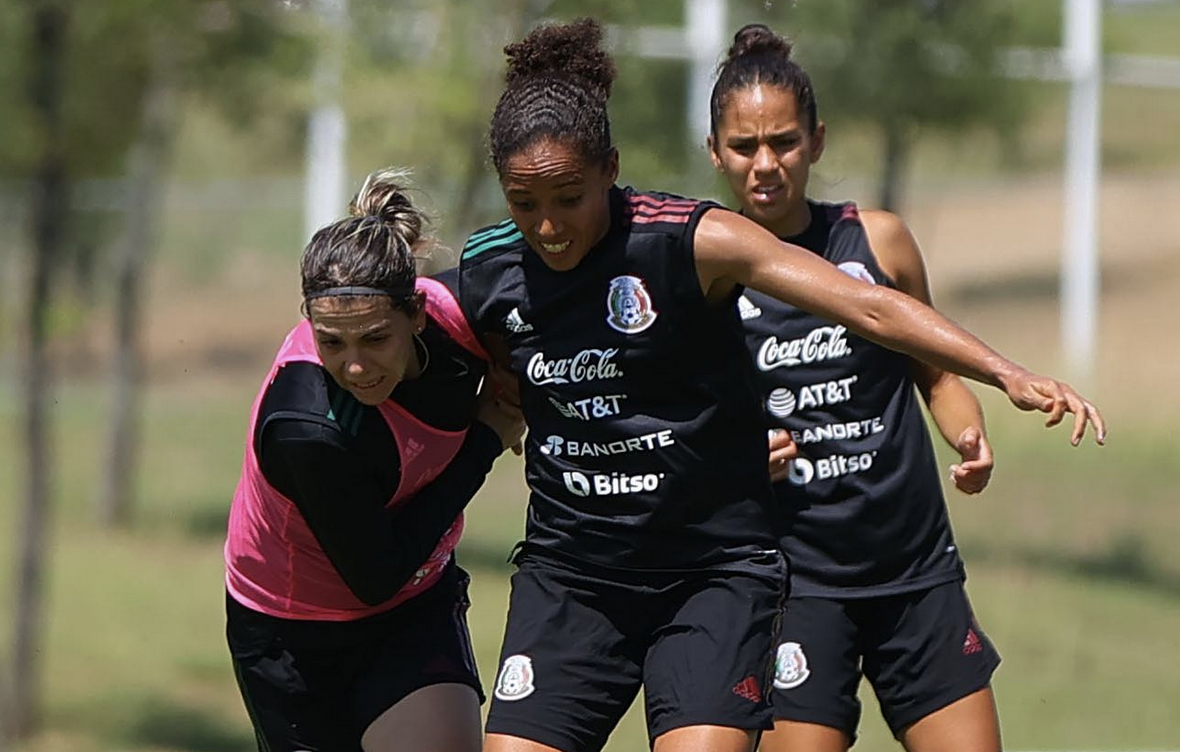 When Monica Vergara announced that the world would see a Mexico they’d never seen before, a 1-0 loss against Jamaica probably wasn’t what she envisioned.

Now, as the match against Haiti is coming up on Thursday evening at Estadio BBVA, the Mexican Women’s National team head coach urged those watching at the press conference that the national team would demonstrate something different from what was seen during that debut match.

“You’re going to see a team that is much more aggressive, that is more compact, and will capitalize much better,” she said. “None of these games will be easy. We’re going to fight. I have all the confidence on the tactics and the players.”

For a team that scored eight goals in their last two preparation matches, to only get three shots on goal against Jamaica was worrisome to many. Still, the tactics and the belief seem to be very strong amongst the team.

“It was a different scenario than what we had faced in other games. We tried to generate scoring options, but unfortunately it didn’t happen,” Stephany Mayor stated during the press conference.

“Now we have to put the game against Jamaica behind us. We have to think about the next opponent; we have to be at our best physically and mentally to win.”

We will have to wait to see what Monica Vergara decides to do with her team – what players she thinks will be best to put forward against the team that had the highest goal differential during the first round of the CONCACAF W qualifiers.

“I [can] count on all 23 players of this team, which I’m so very thankful for. They’ve had a quick recovery process,” Vergara said.

“I can’t focus on one result but on the process entirely. That’s how I see my players [re: the whole process] and it gives me confidence that our team is going to come out stronger in the second match.”

Mexico vs. Haiti kicks off on Thursday, July 7th at 7:00 PM PST on streaming via Vix and Paramount+.

Monica Vergara: “Everyone is going to see a Mexico that they’ve never seen before”
CONCACAF W Preview – Mexico vs. USWNT
To Top