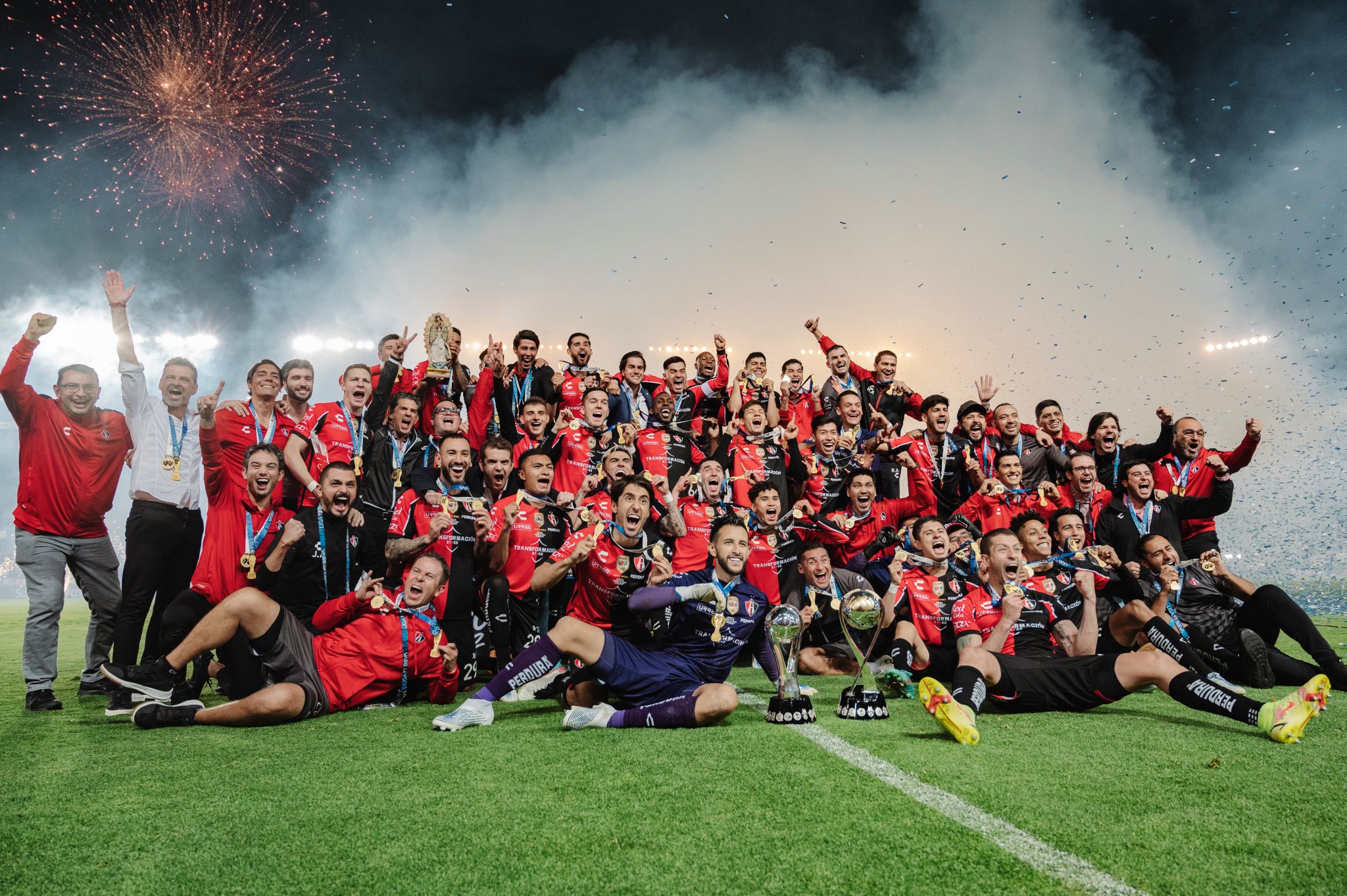 It was Back-To-Back Championships for Los Rojinegros! Here are my takeaways from the Gran Final of the 2022 Clausura.

Atlas would have their work cut out for them when they faced off against Pachuca in the Clausura final. The game would start with a high level of intensity from both teams in the first 10 minutes. No immediate danger was brought up against both goalkeepers, until it settled down and became a tug-o-war in the midfield. Atlas would open the scoring in the 26th minute after a pinpoint center from right-back Jose Abella saw his counterpart Luis ‘Hueso’ Reyes head the ball into the goal. With this goal Atlas was able to refer back to their style of play where they would meticulously defend their lead. However, the task would be difficult as it wouldn’t be easy to keep Los Tuzos down for the whole match, who would go on to dominate the rest of the game in hopes of tying up the score. Unfortunately, despite another tremendous performance by Camilo Vargas, Pachuca was unable to break through and get the goal they so desperately needed. Atlas would then do what they do best – capitalize on their opponents’ mistake, and in the 93rd minute, Julian Quinones would deliver a crucial second goal for Atlas. With this 2-0 victory, they would now be only 90 minutes away from another championship.

The second leg would come back to the Bella Airosa where Los Tuzos were obligated to score two goals to send this game to extra time. In the seventh minute a spectacular run by Romario Ibarra saw him shake off two Atlas defenders, put him in front of goal to give Los Tuzos a quick 1-0 lead. Atlas, who has not been as sharp on the road, were staring down another difficult task, on edge trying to avoid a repeat of what had happened against Tigres.

After constant pressure against Los Tuzos, Atlas was awarded a penalty after Jose Abella tried to send in a cross but would go off  Daniel Aceves’ hand. After VAR confirmed the penalty, Julio Furch would step up to the penalty spot and tie the game. However, just before halftime Los Tuzos would once again strike as Nico Ibañez would get his sixth goal of the Liguilla and make it a one-goal game. Ultimately, Pachuca could not break through Cocca’s defense to secure another goal. Atlas buckled in and were rewarded with their second championship in just five months and their third league title in club history. After having to wait 71 years to break their trophy drought, they only waited 168 days to secure another. Congratulations to Atlas on a historic bicampeonato!