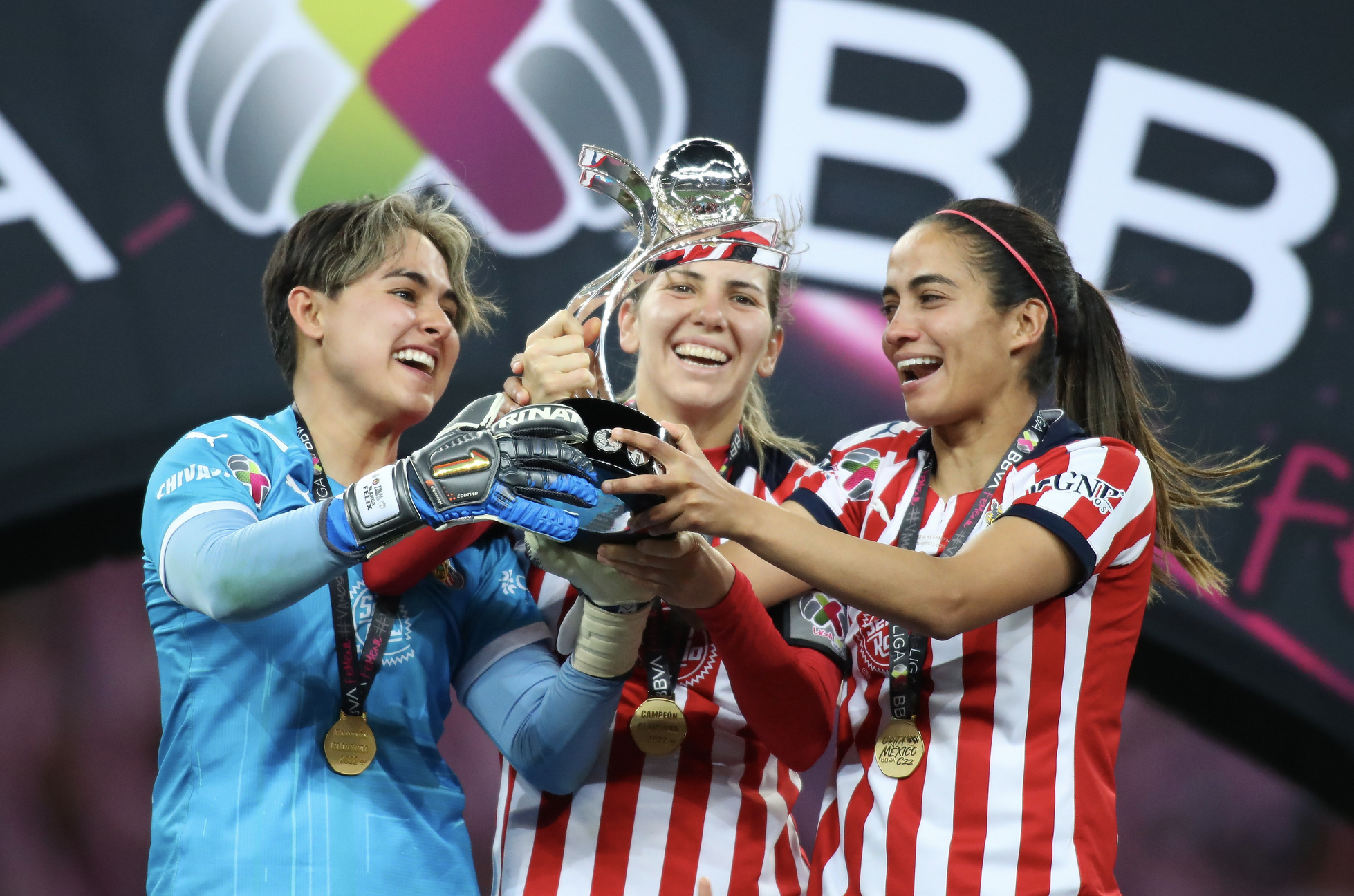 After 17 weeks of regular season play, 38 goals in the playoffs and seven goals scored between two legs in the final, Chivas earned their second title on Monday night. There was drama, passion and a whole lot of celebrating at the Akron. Let’s look at the top three highlights from the final.

Chivas’ earns a well-deserved reward. It was about so much more than Licha Cervantes finally winning her title (although, that is a story worth its own blog post). The culmination of the work Chivas did through the course of this season – without too many big signings but a solid foundation – is one worth applauding. The best defense in the league is a Chivas backline with youthful prospects that tamed some of the most talented Mexican women athletes to ever step on the field. They pushed through deficits. They got their second trophy. What a moment and I think it’s best you read how Chivas got to this point in this great breakdown by our fellow contributor, Melissa Hernandez.

Charlyn Corral is magic. Soccer creates two storylines. One of triumph and one of defeat. And while Corral missed a penalty kick at a very crucial moment, the work rate she put in this season is a definite triumph. Coming off an injury, she returned for her second season at full force, acquiring 13 goals over 17 weeks of matches and nabbing four goals during the playoff run. As one of the more veteran players to exist in Mexican women’s soccer, before the league was ever even a thought, to see her bring her magic to her homeland has been a pleasure to watch. There’s still more to come from her. We can’t wait to see it.

Women’s soccer in Mexico has only just begun. We’ve witnessed it numerous times at the Estadio Universitario. We’ve seen it at Estadio BBVA. And to see Estadio Akron reach its 46,355 capacity to their femenil side reminded us once again that if you build it, they will come. It didn’t matter if they were long-term fans that were nostalgic and hopeful of another 2017 repeat (which, thankfully, they received) or newly-formed fans that were looking for solace after yet another elimination from the men’s side. What women’s soccer means for Mexico isn’t just growing; it’s always existed. Whether it be Mar Ibarra, La ‘Pele’ Vargas, Charlyn Corral or Licha Cervantes, this is a country that has always yearned for their Mexican women soccer players to be highlighted and acknowledged for the talented players they are. To see an institution that has such global recognition like Chivas earn their second victory at a crucial moment when the Liga MX Femenil is not only known but is making notable waves to have a prominent place at the table for women’s soccer as a whole (earning over 5 million viewers this season) impacts what happens for the rest of the teams in the league and for the national team on the international stage.