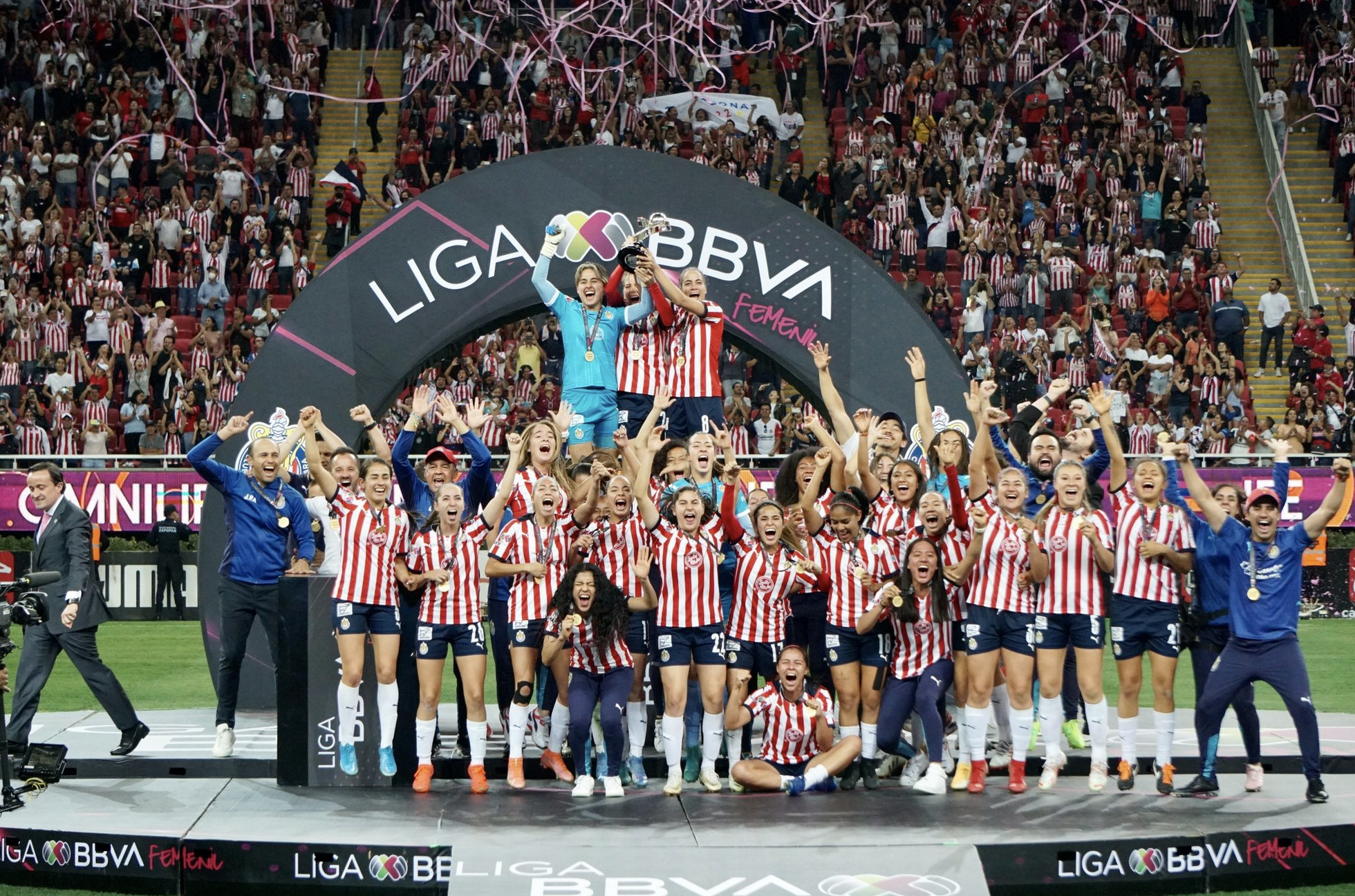 Sometimes it feels like Chivas’ 2017 title is often overlooked. After all, the league’s first season had nowhere near the amount of attention and production value that we have now just five years later.

The high viewership numbers for some of the key matches in 2017 (the Clásico Nacional semifinal between Chivas and América or the final itself against Pachuca) could be attributed to simple curiosity about a sport that had previously only grown out of grassroots, amateur and often unsung efforts by people like Marbella Ibarra and Mercedes Rodríguez, among others.

The players on the winning roster back in 2017 also reportedly received a set of headphones ahead of the semifinals, and while some reports suggest they got a cash bonus, not much else is known or confirmed about the perks they received for winning the most important domestic title.

The Chivas women’s team are, from birth, the inheritors of a huge legacy, one which has been complicated to navigate at times as the institution itself continues through a rocky era under the Vergara family ownership.

There have been setbacks since the team’s inception. The coach responsible for their first, and until this week, only title, Fernando Camacho, was fired after reports surfaced of players being unfairly demoted with lower pay. After that, they suffered their worst season to date, placing eighth in the standings and failing to qualify for the knockout round under the league’s previous playoff system.

Then came Amaury Vergara and Nelly Simón. Assuming the club’s ownership after his father’s passing, Amaury has made his own mark by being heavily involved in the women’s team. One of the first steps in the three-year journey leading to Monday’s title was the hiring of Nelly Simón as Sporting Director, making Chivas the first club to appoint someone in that capacity exclusively for their women’s team. With a background in journalism, a coaching degree, and a deep knowledge of the league (having covered it since day one), Simón slowly but surely built a foundation that has culminated into a second league title.

So, how did Chivas get here?

There are some major factors, all of which have been revealing what seems to be a much larger strategy to keep Chivas competitive with financial powerhouses as Tigres, Rayadas or América.

With these key factors alongside a future filled with crucial contract extensions (goalkeeper Celeste Espino, defensive players Jaqueline Rodríguez, Michelle González, Damaris Godínez,  Cheli Torres, as well as the full attacking trio of Licha Cervantes, Carolina Jaramillo, and Joseline Montoya have all committed to the team until 2023 and 2024), Chivas have a solid backbone they can keep adding to and that will keep them competitive for at least one more year.

And all this seems to point towards Chivas new, implicit policy: National team-level players can be made, not just bought. Save for Carolina Jaramillo, who already had national team experience, the other current three senior national team players Chivas has earned their spots purely based on their performances since arriving there: Alicia Cervantes, Joseline Montoya (who rose from open scouting to getting a few U20 looks to a consistent presence in coach Mónica Vergara’s team), and Casandra Montero (who merits an entire article focusing solely on herself). With four regularly called-up players, Chivas is slowly but surely building a bigger and better presence on the senior national team, with talent nurtured by themselves. Other notable players that could very well be the next to be called up include Jaqueline Rodríguez and Rubí Soto (who has the distinction of achieving a move to Spanish side Villarreal without ever getting a national team call, as well as being the first fully league-developed player to make an overseas move).

Chivas seem to have regained that aura that had been lost since 2017, and the sense of belief was clearly felt all over their knockout rounds. One can only wonder how much of their personal pain has been an inspiration for what they’ve achieved. During the club’s broadcast of the title celebrations, Casandra Montero (who also had to go through stints at now-extinct teams such as Morelia and Veracruz during their disaffiliations), revealed that she had not hugged her mother, who was present at the final, in 22 years, as she left their home to work to provide for her and her family. Forward Gabriela Valenzuela dedicated the title to her sister, who passed away five years ago, while Coach Juan Pablo ‘Pato’ Alfaro commemorated his wife, who passed ten years ago. Damaris Godínez has also openly spoken about the challenges of balancing a professional playing career with motherhood while Licha Cervantes is now famously known for her choice to quit playing for an entire season after fighting for livable wages during her time at Atlas.

In a league that has just increased the total amount of foreign players per team from 2 to 4, and with clubs such as América, Tigres, and Monterrey opting for expensive signings of Mexican or foreign players, Chivas’ strategy stands out even more. Not just for fulfilling the club’s ethos of Mexican-only, homegrown talent, but for proving that slow and steady development can indeed win the race. Time will tell for how long, but so far, this title is a reward not just for six months of hard work, but for decisions that have been made in the past two years that have geared them in a direction that has long been overdue.

The Realities of Our Futbol
To Top