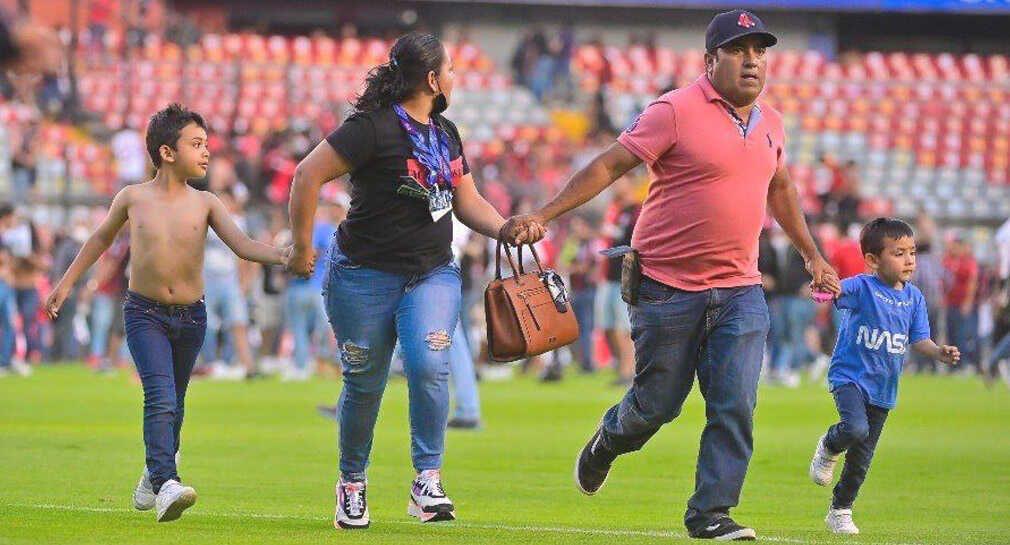 That’s the feeling wrapping itself around many of those who followed the horrible violence that took place during yesterday’s Atlas-Queretaro match. From one point to the next, what was suppose to be a “fun” soccer match that showed the “passion of the fans” became yet another blueprint of the realities that come with being part of this culture.

Because I am part of it. I was born in Mexico. I grew up there before I moved to the states. And I have and always will love my country. And that’s where the tug and pull comes in. I won’t turn this into a statement about the identity dilemmas that come with being a dual-national. We’ve had those discussions a plenty when it comes to being a Mexican-American.

I don’t want to focus on what we are uncertain of when it comes to our identity but what we ARE certain of. Because as the violence started, the world began to watch these terrible things happen and the generalized comments began to roll in, what was there to say?

What point could be made to negate it?

Having traveled to cover matches all these years, could I wholeheartedly claim that this could never happen anywhere else in Mexico? Could I be sure that I couldn’t have been exposed to an act of violence at a stadium at one point or another?

I was once punched in the face by a fan outside of Banc of California stadium in Los Angeles during the Liga MX-MLS All-Star game. I say this not as a point of whataboutism, but because the faster we realize that this is an aspect of who we are, the faster we can help face this issue.

Criminals and those who feed off of violence enjoy soccer as much as we do. Criminals can be fans – fans that are spineless enough to attack the most vulnerable. Those fans demonize the game but they do exist.

Even as the uneasiness continues over the official reports given by authorities and what so many are seeing circulate on social media that disproves those same reports, that aspect of distrust is also valid.

So many of us are just tugging and pulling. Preparing ourselves to answer questions about our society, about our fans and about our country. And for better or worse, this is our problem. We can’t have the outside world and its xenophobic rhetoric try to handle this issue. I think it’s about time we stop restraining, ask those in charge to take accountability, tell the truth and hope this marks the beginning of significant change.