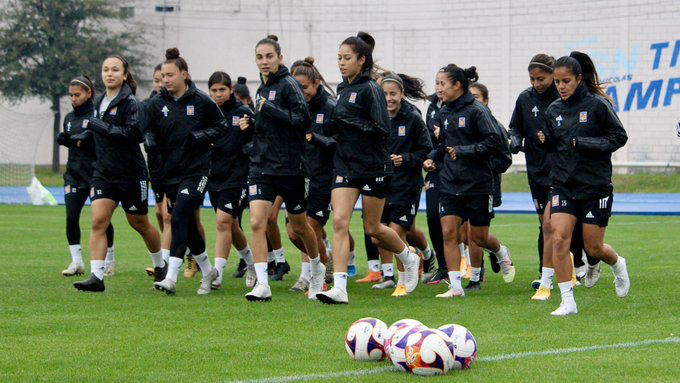 Week 10 of the #Guard1anes2021 Liga MX Femenil season is right around the corner and there are nine games to watch! But what games should you watch? Here are the must-watch matches for Week 10. Let’s go!

It’s been a tough season for Puebla. A change of managers, five players released for indiscipline issues, and are looking for their first win of the season against a San Luis side who are looking to continue building on their form after picking up a win recently against América. Puebla have scored five times this season while San Luis have scored 11 times. Puebla used to be a side that would score frequently but over time have slowed down as San Luis seems to be slowly improving on their finishing. The last time these two teams met, San Luis defeated Puebla 3-1. Puebla are looking for revenge and could potentially bring San Luis’ upward form to a halt.

These two teams are constantly fluctuating in the league table. Pachuca are currently in seventh place and Cruz Azul are in ninth place. Pachuca are on a bit of a roll while Cruz Azul are in a bit of rut. Pachuca is finally starting to click under Toña Is with these last couple of results, with captain Monica Ocampo back from injury who is proving just how crucial of an asset she is for her team. Cruz Azul are also slowly shaping to be a playoff team with the arrival of new manager Carlos Perez. His team recently picked up a 1-0 away win against the league leaders Atlas and are trying to build momentum moving forward. Both teams have had good moments this season and with Cruz Azul are looking to get into the Liguilla for the first time in their club’s history and Pachuca aiming to be better than last season, should be an intense matchup.

After their dominant win against Pumas this past jornanda, Tigres continues to show why they are still the team to beat. Querétaro are having a bit of a tough start to the season but big challenges are where Carla Rossi thrives, and what a better time to face one of those big challenges than to face off against Tigres. Querétaro might be inconsistent this season but they have the roster that can turn things around and start picking up wins. Tigres’ star-studded cast of players will not be an easy match by any means for Querétaro, but if they bring some of that Liguilla magic from last season into this match, they can look to upset the giants of the league.

Chivas have only had one game this season where they did not score. In every other game they have played so far, they’ve score at least two goals each game, with the Leon match giving them their highest single-match goal tally of five. Toluca on the other hand have been averaging only one goal almost each game, with their highest tally being two. Chivas are sitting in third place and want to continue climbing to the top of the table while Toluca are looking to regain their early season form. These two teams have faced each other three times, with Chivas always having the upper hand against Toluca, outscoring them 8-2. But this season is different. Chivas are looking to replicate their form from last season and help Alicia ‘Licha’ Cervantes break the team’s goal scoring record after failing to due so against Xolos.  Toluca attempts to prove themselves as a worthy postseason contender.