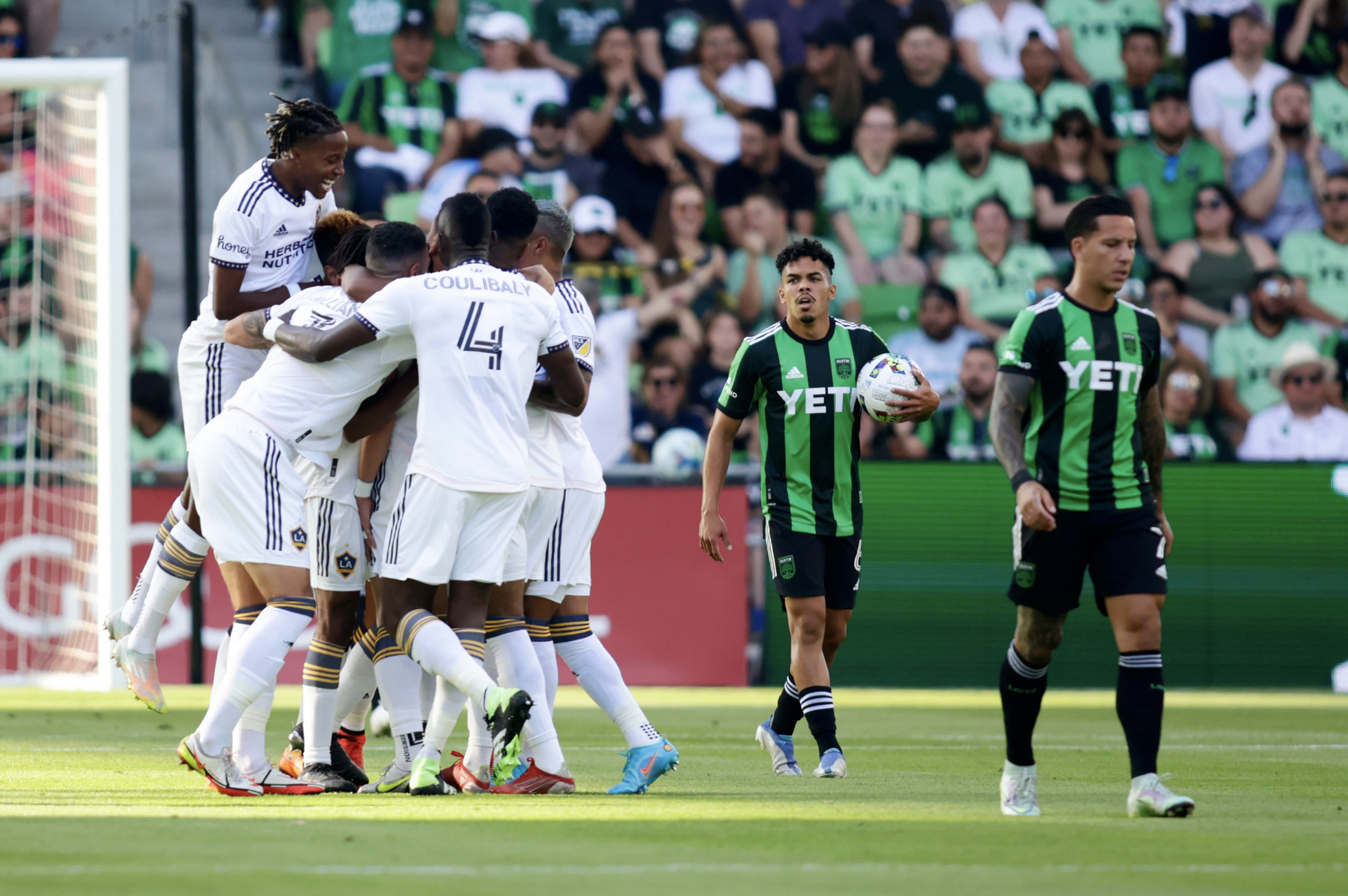 The Los Angeles Galaxy earned a 1-0 road victory over current second place team, Austin FC. Besides a goal in the sixth minute, the Galaxy had few scoring chances, with three shots on target. Efrain Alvarez started his fourth straight game and had two shots in 59 minutes. Chicharito, who played 85 minutes, had just one shot. He has not scored in five games. His last goal was against LAFC. Julian Araujo played the entire game and had three interceptions. It was the team’s sixth clean sheet across all competitions.

Currently in third place in the West with 19 points, the Galaxy will play California United Strikers in the U.S. Open Cup Wednesday, May 11  and will host FC Dallas Saturday, May 14.

Carlos Vela played the entire game in LAFC’s 2-2 draw to the Philadelphia Union. Although he had just one shot throughout the course of the match, he had 82.3 passing percentage and 36 accurate forward zone passes. In his last seven games, he has not scored.

It was LAFC’s second draw of the season and they remain in first place in the West with 23 points. Next week, they host the Portland Timbers in the U.S. Open Cup Tuesday, May 10 and play the Colorado Rapids on the road Saturday, May 14. Earlier this season, LAFC tied Portland 1-1 on the road. Vela played just the first half in that game.

Chofis has not played due to his injury since March 12. San Jose beat the Colorado Rapids this weekend 1-0. They are in 11th place in the West with nine points. Next week, they play the Seattle Sounders in the U.S. Open Cup Wednesday, May 11 and play the Vancouver Whitecaps Saturday, May 14.
David Ochoa did not make the roster for Real Salt Lake’s 2-0 loss to Nashville SC. He has yet to make his 2022 MLS debut after playing in the U.S. Open Cup earlier this year. RSL is currently in fifth place in the West with 16 points and will host Austin FC Saturday, May 14.