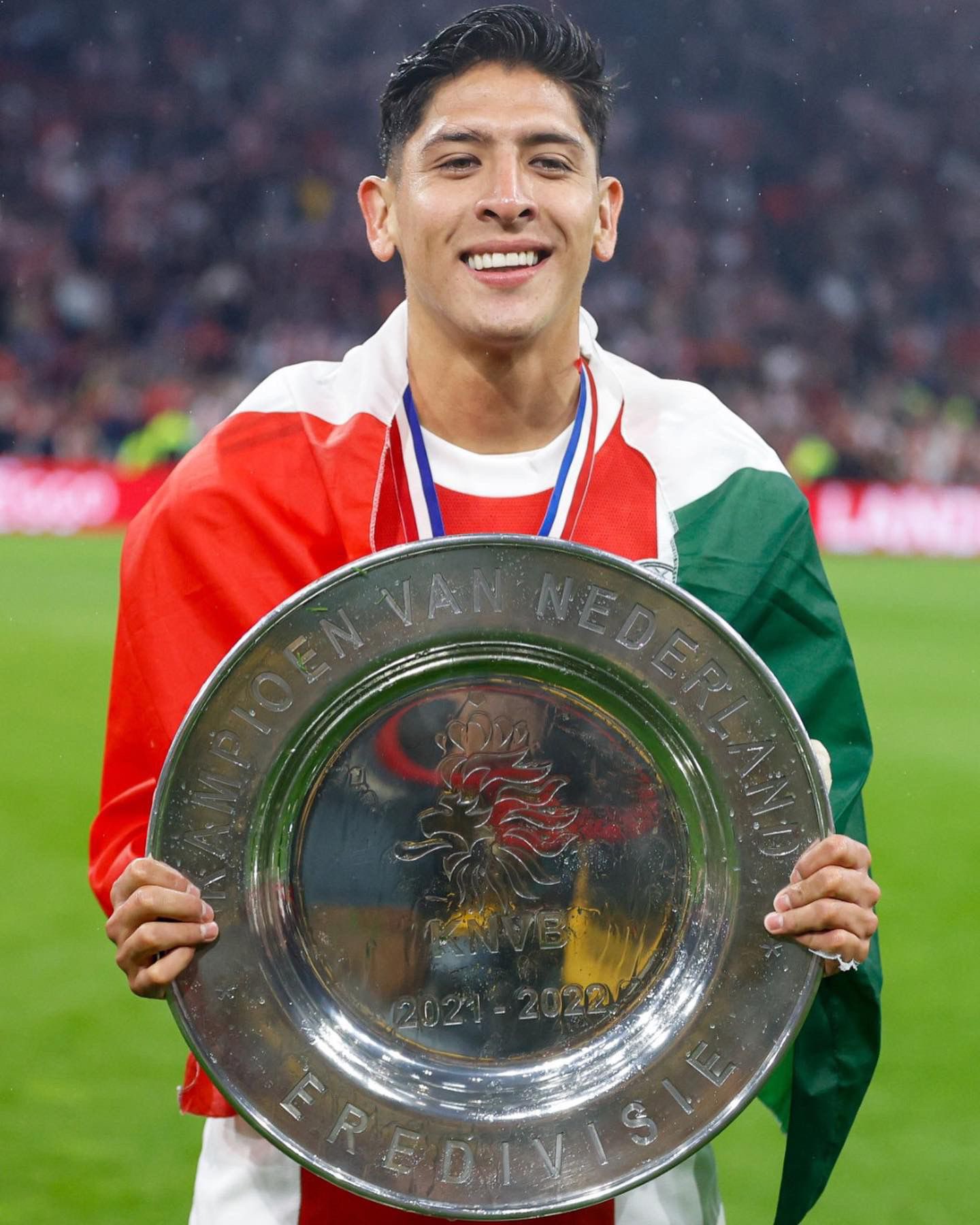 FutMexNation is here to bring you a midweek update:

Edson Alvarez and Ajax have won the 2021-2022 Eredivisie! This makes it back-to-back seasons of Ajax winning the title and their 36th Eredivisie title in league history. PSV would put up a tough battle but ultimately fell short in these past few weeks. Edson had a huge hand in Ajax winning the title; his late goal last week allowed them to salvage a point and continue four points above their rivals PSV. In Wednesday’s game, Edson would seal the deal by scoring his team’s fifth goal of the match, making it two goals in two games for the Mexican midfielder. Apart from the goal he had a very solid performance that included 37 precise passes along with an 82% passing accuracy. He would also win seven duels and had three clearances. On a personal level, Edson’s role in this game helped solidify the value he brings to the club. Reports have begun to circulate that Erik ten Hag – who is set to take over as new boss for Manchester United next season – could try to lure “El Machin” to the Premier League. It’s unclear what Alvarez’s next steps are club-wise but a league trophy isn’t a bad way to end his time in the Eredivisie.

Erick ‘Guti’ Gutierrez played the full 90 minutes in his team’s hard fought victory. Once again Guti played as a defender and had another stellar game. Apart from his goal he would go on to have three clearances with one of them off the goal line, one blocked shot, two interceptions, four duels won, one shot on target, and four long passes completed. To top it off, he completed the match with  78 precise passes along with a 87% passing accuracy. This victory would be bittersweet however as their rivals Ajax would win their match and be crowned the Eredivisie champions.  PSV will end the season in second place and have a spot in the UEFA Champions League Qualifiers. They will face off against PEC Zwolle in the final game of the season on Sunday.

FC Barcelona 3 – 1 Celta de Vigo ( Nestor Araujo played the whole 90 minutes in his team’s defeat. In those 90 minutes he had three clearances, two interceptions, won a duel, completed five long passes and 44 precise passes along with a 97% passing accuracy. Orbelin did not see any playtime and watched the defeat from the bench.)

Valencia 0 – 3 Real Betis ( Neither Andres Guardado or Diego Lainez saw action in the match, they both watched their team’s victory from the bench.)

Genk 3 – 2 Sporting Charleroi ( Gerardo Arteaga played the full 90 minutes in his team’s victory. In this game he had a clearance, an interception, won six duels, a key pass, completed a center, completed two long passes, had four successful dribbles, and 38 precise passes along with a 80% passing accuracy.)

Wolves 1 – 5 Manchester City ( Raul Jimenez played 72 minutes in his team’s thrashing. He would have a shot on target, attempted two dribbles, had a key pass, completed two long balls, won three duels, and had eleven precise passes along with a 91 % passing accuracy.)

Elche 0 – 2 Atlético de Madrid ( Héctor Herrera played 22 minutes in his teams win. He would enter the match in place of Antoine Griezmann. He would have ten precise passes along with a 90% passing accuracy, a key pass, won a duel, had an interception and blocked a shot.)