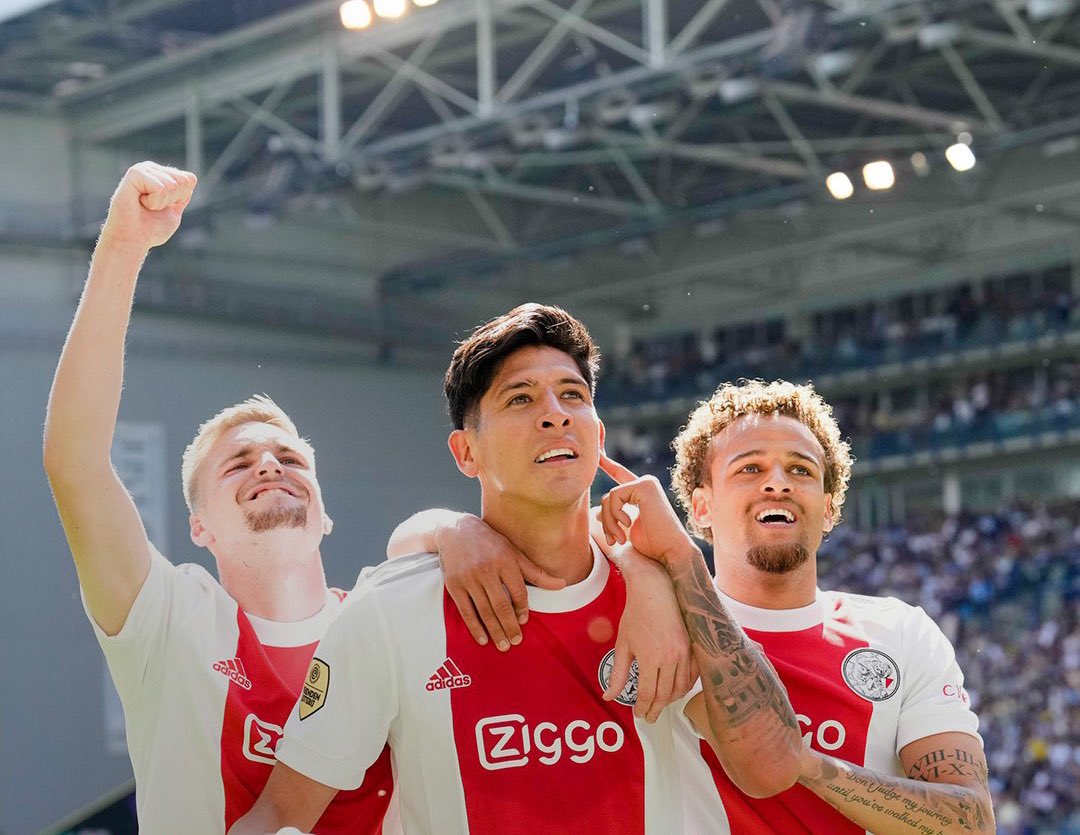 FutMexNation is here to bring you an update on our favorite extranjeros as some of them had their season come to an end, while for others this was their penultimate game of the season:

After being crowned league champions on midweek, Edson Alvarez and Ajax would hit the road and head off to Gelderland to take on Vitesse for their final game of the season. Edson would have another fantastic game that included him scoring another goal to help his team get a draw. This now makes it three games in a row in which the Mexican has scored for Ajax. Two of his three goals that he scored were crucial goals allowing Ajax to walk out of those games with at least a draw. With this goal Edson has contributed to a total of six goals for the club this season – five goals and one assist – making it his best season for El Machin in terms of producing offensively. A high number considering the fact that he is a defensive midfielder. Apart from his goal, Edson had 50 precise passes along with an 84% passing accuracy. He would also complete two long passes, had a shot on goal, a shot go off the post, sixteen duels won, two clearances, one blocked shot, and an interception. A tremendously successful season for the Mexican Abroad.

Napoli 3 – 0 Genoa ( Hirving ‘Chucky’ Lozano played the full 90 minutes in his team’s victory. He would have 24 precise passes along with an 82% passing accuracy. Chucky also had a key pass, one accurate center, completed one long ball, one shot off target, a successful dribble, won eight duels, and had an interception.)

Napoli 3 – 0 Genoa ( Johan Vasquez did not get any play time and watched the game from the bench. With this loss it is practically sealing relegation for the club.)

Wolves 1 – 1 Norwich City ( Raul Jimenez played the full 90 minutes in his team’s draw. He had a shot, attempted a dribble, had 18 precise passes along with an 85% passing accuracy, two key passes, three accurate crosses, won four duels and had a clearance. Wolves are currently in 8th place with 51 points.)

Genk 0 – 2 Gent ( Gerardo Arteaga played the full 90 minutes in his team’s loss. Arteaga had a solid game in which he had two interceptions, won two duels, had two key passes, one accurate cross, three successful long passes, and had 51 precise passes along with an 83% passing accuracy.)

PEC Zwolle 1 – 2 PSV ( Erick ‘Guti’ Gutierrez played the full 90 minutes in his team’s victory. He would once again play as a defender. He had four clearances, won four duels, completed two long passes, and had 29 precise passes along with a 76% passing accuracy. PSV ends the season in second place with 81 points.)

Atlético de Madrid 1 – 1 Sevilla ( Héctor Herrera played 13 minutes in his team ‘s draw. After the match was concluded a tribute was done in honor of Herrera as this was his final game with Los Colchoneros at home before he departs to play in the MLS.)

Atlético de Madrid 1 – 1 Sevilla ( Jesús ‘Tecatito’ Corona played 45 minutes in his team’s draw. In those minutes he had a key pass, one accurate center, one clearance, and 18 precise passes along with a 90% passing accuracy. With this draw Sevilla has almost secured a spot in next season’s Champions League.)

Celta de Vigo 1 – 0 Elche (Nestor Araujo played the full 90 minutes in his team’s victory. He would go on to have seven clearances, complete a long pass and had 45 precise passes along with an 88% passing accuracy. Orbelin Pineda did not see any action and watched the game from the bench.)