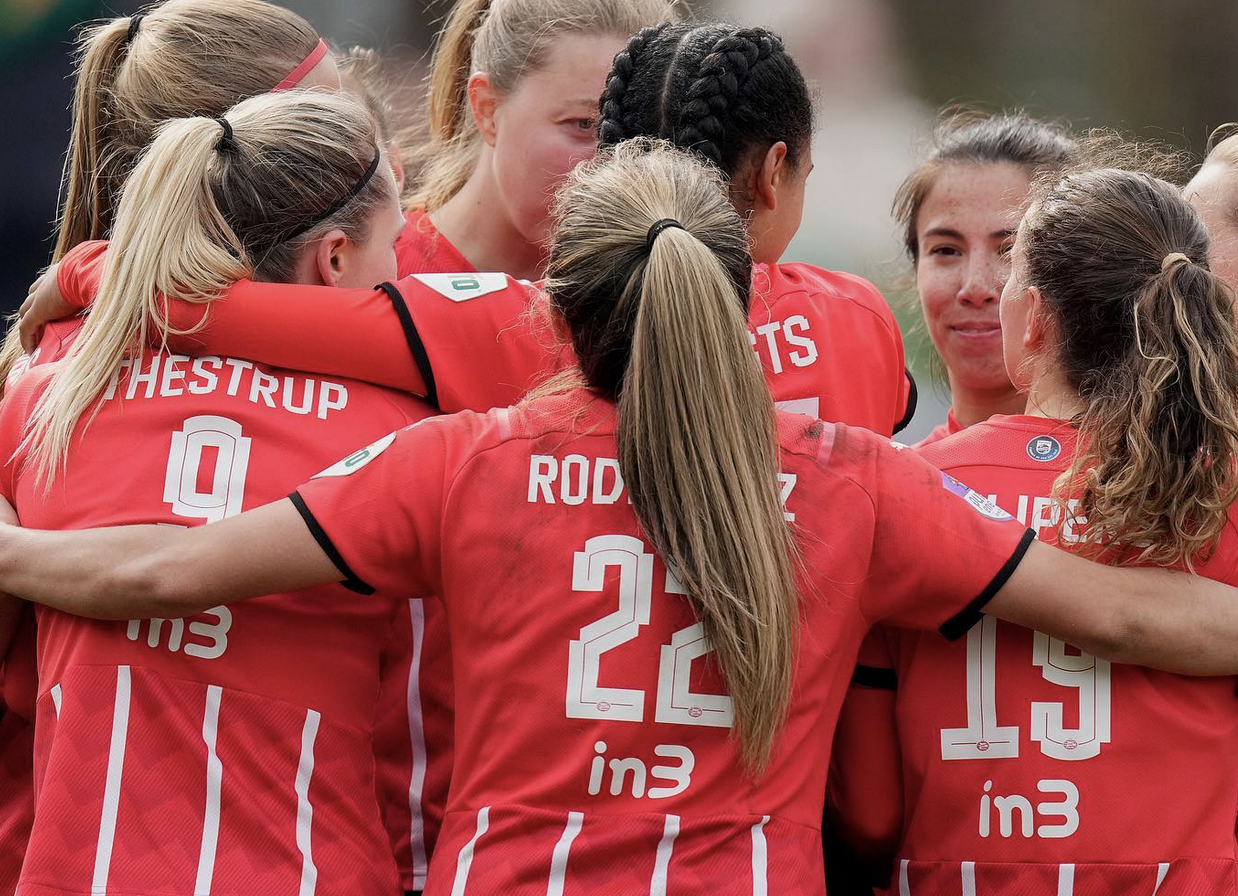 There was a lot of action on the old continent this past week, and it looks like some of the Mexicanas Abroad will be playing through the international break as well. Daniella Diaz and Ballerup-Skovlunde Fodbold (BSF) are playing on Saturday, while Silvana Flores and Ipswich Town play on Sunday. Most of the rest will be with the Mexican National Team, while Briana Woodall will continue to heal from her injury and Sofia Álvarez and Pamela Tajonar remain in Spain.

Silvana Flores was not on the game day roster for Ipswich Town with an injury, as the Tractor Girls lost to Southampton 2-1 on Sunday, April 3rd. Ipswich are still in first place with 54 points, one over Southampton, however Southampton has two games in hand over Ipswich. Ipswich has four matches left on the season, the next of which is hosting Chichester & Selsey on Sunday, April 10th.

Anika Rodriguez played all 90 minutes as PSV beat Heerenveen 1-0 on Friday, April 1st. PSV are in fourth place with 33 points, one behind Feyenoord and 12 behind league leaders Twente. Critically, PSV are also 11 behind second place Ajax for the final UEFA Champions League spot. With just five league games remaining, PSV has a tough road ahead. Their next match is the KNVB Cup Final against Ajax on Monday, April 18th, and their next league match is at VV Alkmaar on Friday, April 22nd.

Pamela Tajonar was an unused substitute for Villarreal as they lost 6-1 to Barcelona on Saturday, April 2nd. Villarreal are in 14th place with 24 points, tied with Sporting Huelva, one behind Valencia, and more importantly five clear of Eibar and the relegation zone. Villarreal’s next match is hosting Sporting Huelva on Sunday, April 17th.

Itzel González was not on the game day roster as Sevilla lost 3-0 to Levante on Sunday, April 3rd. Sevilla are in eighth place with 32 points, two above Deportivo Alavés and nine behind Levante and Athletic Club. Sevilla’s next match is hosting Real Sociedad on Saturday, April 16th.

Kenti Robles was subbed out at the half for Ivana Andrés as Real Madrid lost 3-0 to Sporting Huelva on Sunday, April 3rd. Real Madrid are in fifth place with 47 points, three behind UDG Tenerife and Atlético Madrid, who are tied for third place and the final UEFA Champions League spot. Madrid plays at Alavés on Sunday, April 17th.

Bri Campos was subbed out for Sarah Mellouk in the 64th minute of Umeå’s 3-0 loss to Brommapojkarna on Sunday, April 3rd. Just two games into the season, Umeå is in 12th place with one point. Umeå’s next match is hosting Campos’ former team Vittsjö GIK on Friday, April 15th.

Mexicanas Abroad in the Americas: Recaps & Previews – Week 49
Mexicans Abroad: Back to Back Weekends of Assists
To Top