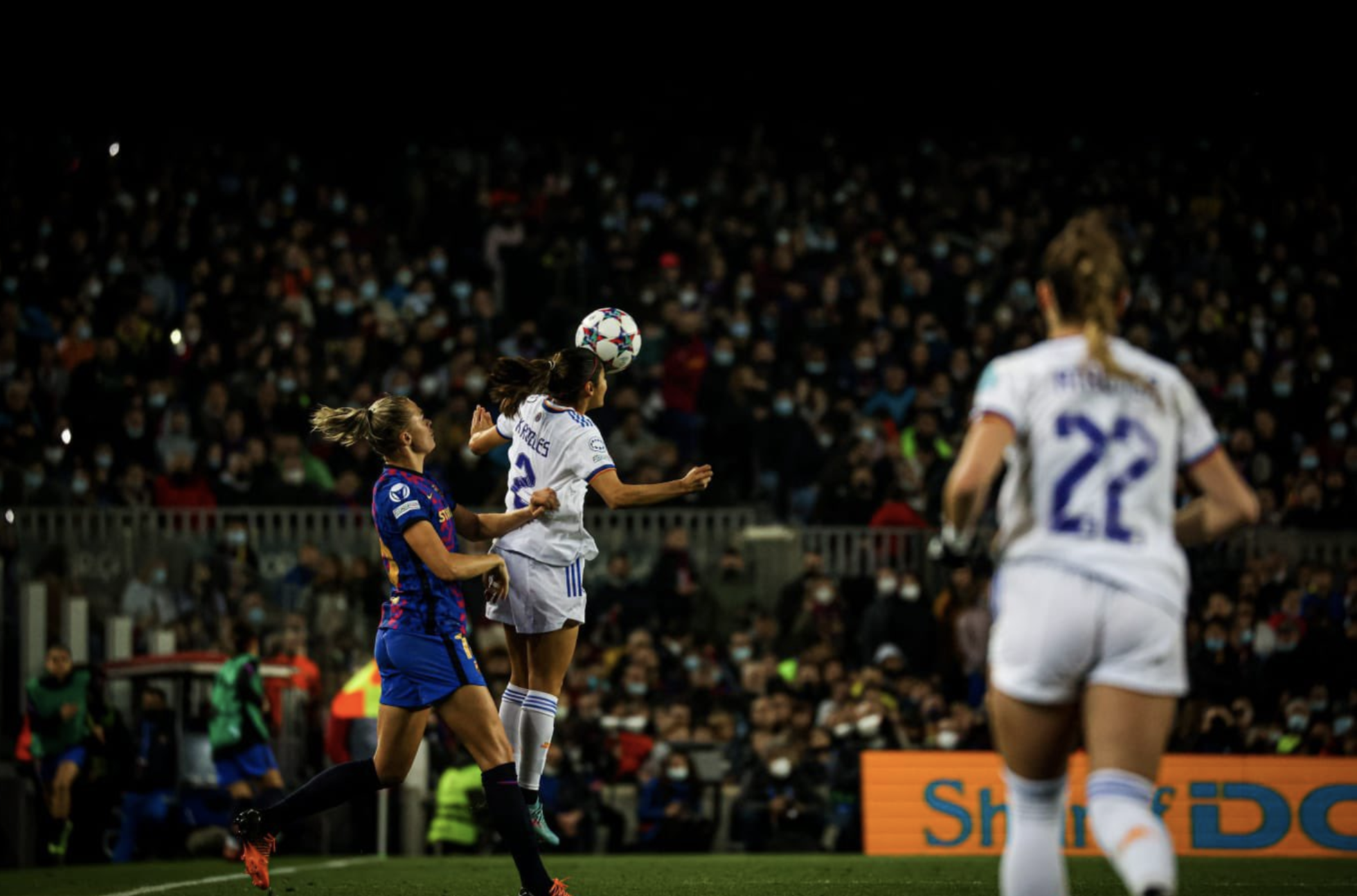 What a week in the old world. Only Emily Alvarado and France had the week off, so it was an almost full slate of games which included Silvana Flores picking up her first start for Ipswich Town and Kenti Robles playing in front of a world record crowd in a UEFA Women’s Champions League match.

Silvana Flores got her first start of the season, coming out for Zoe Barratt in the 78th minute as Ipswich Town beat Plymouth Argyle 2-0. Ipswich are atop the WPL Premier Division table with 54 points, four clear of Southampton who have two games in hand on the Tractor Girls. Their next match is Sunday, April 3rd against Southampton at home.

Anika Rodriguez played all 90 minutes as PSV drew Ajax 0-0 on Sunday, March 27th. PSV are in fourth place with 30 points, one behind Feyenoord and 12 behind Twente and Ajax. PSV’s next match is a KNVB Women’s Cup Final match against Ajax on Monday, April 18th, while their next league match is at VV Alkmaar on Friday, April 22nd.

Myra Delgadillo was serving her red card suspension from Braga’s last league match on March 5th and was unavailable for their 2-0 loss to Benfica on Sunday, March 27th. Braga are in sixth place on the table with 10 points, one behind SCU Torreense and 14 behind first place Benfica. Braga also went down 3-0 in the first leg of the Taça de Portugal series against Sporting on Wednesday, March 30th. Delgadillo played all 90 minutes, picking up a yellow card in the 53rd for her trouble. Braga’s next match is a Primeira Liga match at Vilaverdense on Saturday, April 2nd while the return leg of the Taça de Portugal is Sunday, April 24th.

Kenti Robles played 81 minutes, subbed out for Lorena Navarro as Real Madrid beat Levante 1-0 on Saturday, March 26th. Robles then was a 74th minute sub for Sofie Svava in Madrid’s 5-2 loss against Barcelona in the UEFA Women’s Champions League Quarterfinal, with Madrid going out 8-3 on aggregate. They did however go out in record fashion, as the 91.553 spectators at Camp Nou was the largest attendance at a professional women’s soccer match, and second only behind the 1970 World Cup in Mexico City where over 110,000 people attended the match at Estadio Azteca. Real Madrid returns to league play when they play Sporting Huelva away on Sunday, April 3rd.

Itzel González was an unused substitute for Sevilla in their 4-1 win over Eibar on Saturday, March 26th. Sevilla are in eighth place with 32 points, six behind seventh place Levante. Sevilla is away at Levante on Sunday, April 3rd.

Sofia Álvarez was not on the game day roster as Valencia lost to Atlético Madrid 3-0 on Saturday, March 26th. Valencia are in eleventh place with 24 points, tied with Villarreal and four behind Real Betis. Valencia heads to Bilbao to face Athletic Club on Saturday, April 2nd.

Pamela Tajonar was an unused substitute for Villarreal as they drew Athletic Club 1-1 on Saturday, March 26th. Villarreal are in twelfth place with 24 points, tied with Valencia and six clear of fifteenth place Eibar and the relegation zone. Villarreal is away at Barcelona on Saturday, April 2nd.

Bri Campos was subbed in for Sarah Mellouk in the 67th minute as Umeå drew Häcken 1-1 on Sunday, March 27th in the Damallsvenskan season opener. Umeå’s next match is in Stockholm against Brommapojkarna on Sunday, April 3rd.