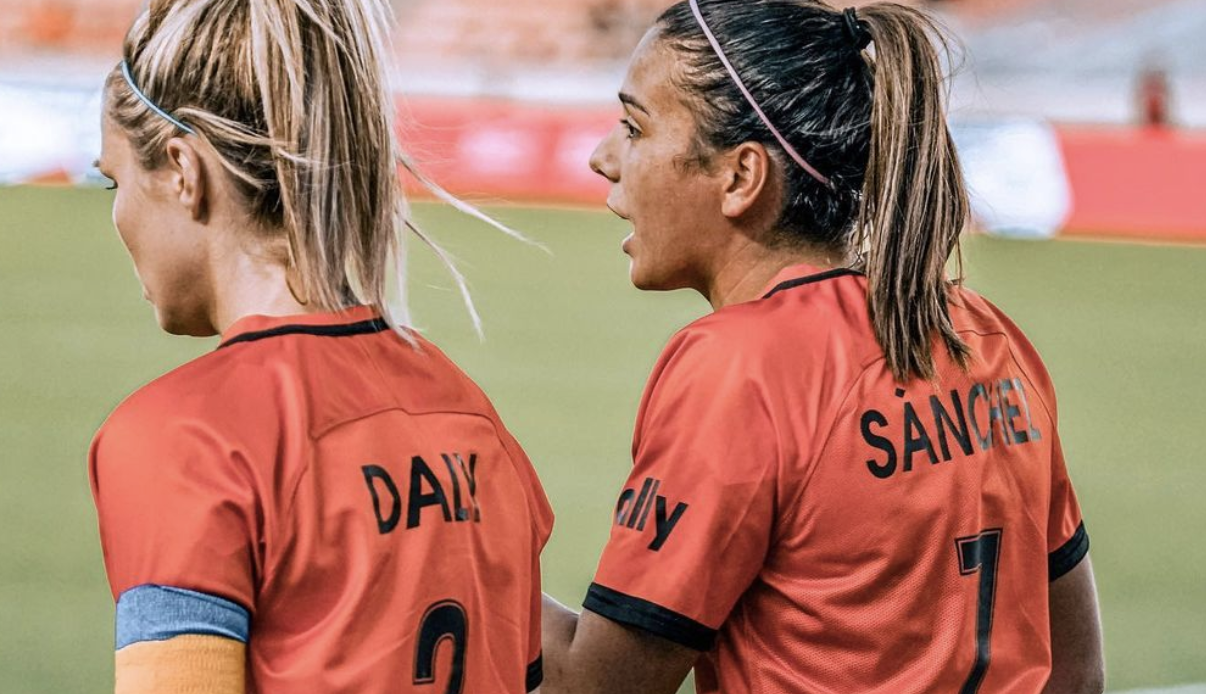 The NWSL Challenge Cup is in full swing, with players playing multiple games in multiple days and everyone except the injured Sabrina Flores getting at least some playing time. María Sánchez continues to impress, Diana Ordoñez made her debut, and Karina Rodríguez played a full 90.

Zoe Tapia played all 90 minutes and Karina Santana was subbed out in the second half for Verónica Araya as Suva Sports lost 3-0 to Municipal Pococí on Saturday, March 26th. Suva Sports are in last place on the table with zero points, three behind ninth place Municipal Pérez Zeledón and fifteen behind first place Alajuelense. Their next match is against Alajuelense on Sunday, April 24th.

CSD Suchitepéquez’ (Perla Morones and Verónica Jiménez) beat Gardenias 3-2 on Sunday, March 27th. Suchitepéquez is in first place in Group A2 with 14 points, four over second place Club Deportivo Xela. Their next match is Sunday, April 3rd when they host Huehuetecas.

María Sánchez played all 90 minutes for the Houston Dash, contributing a goal and an assist in their 3-2 win over Racing Louisville on Friday, March 25th. Sánchez also played all 90 minutes and contributed two shots in Houston’s 3-0 loss to the Kansas City Current on Wednesday, March 30th. The Dash are in third place in the Central with three points, one behind the Chicago Red Stars and four behind the Current. Houston is at the Red Stars on Saturday, April 2nd.

ICYMI: Bombi is back in the NWSL 😏💣@Maria17_7 | #DejaloTodo pic.twitter.com/jctfbrc0eo

Karina Rodríguez was subbed on in the 70th minute for Taylor Aylmer, contributing a shot in the Washington Spirit’s 1-1 draw with Gotham FC on Saturday, March 26th. Rodríguez then played all 90 minutes in the Spirit’s 2-2 draw against the North Carolina Courage on Wednesday, March 30th. The Spirit are in third place in the East with three points, one behind Gotham and four behind the Courage. The Spirit host the Orlando Pride on Sunday, April 3rd.

Sabrina Flores was not on the Gotham FC roster for either their match against the Washington Spirit or their 1-0 win over the Orlando Pride on Wednesday, March 30th, out with an injury. Gotham are in second place in the East with four points, one over the Spirit and three behind the Courage. Gotham host the Courage on Sunday, April 3rd.

Diana Ordoñez subbed on for Jaelene Daniels in the 71st minute in the North Carolina Courage’s 1-0 win over the Orlando Pride on Saturday, March 26th. Ordoñez was an unused substitute in the Courage’s 2-2 draw against the Washington Spirit on Wednesday, March 30th. The Courage are atop the East with seven points, three over Gotham. The Courage face Gotham FC away on Sunday, April 3rd.

Katie Johnson was subbed out at halftime for Amirah Ali in San Diego Wave FC’s 1-0 loss to the Portland Thorns on Saturday, March 26th. Wave FC is tied with Angel City for third place in the West, three points behind OL Reign and six behind Portland. San Diego hosts Angel City on Saturday, April 2nd.