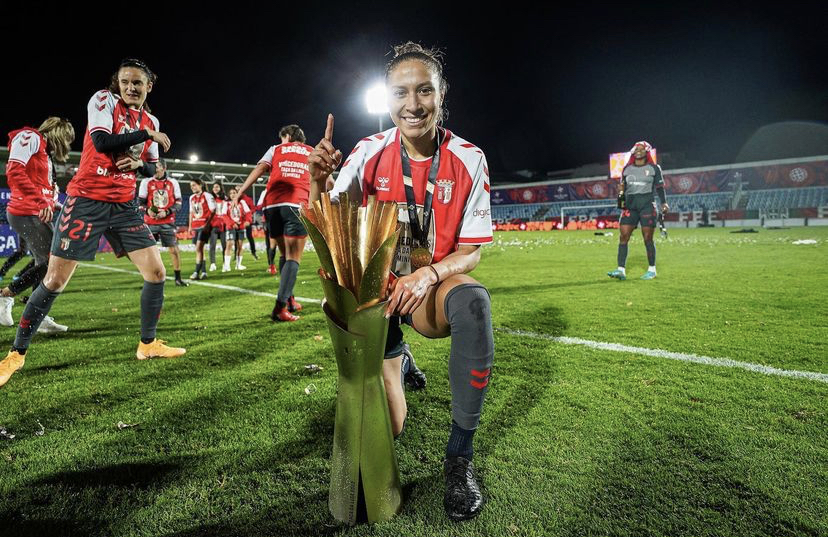 With the influx of more Mexicanas Abroad both in the the Americas and Europe, we thought it’d be a good idea to split the column into two. If you have any information on Mexican players playing in Europe (or anywhere else around the world), please let us know!

Myra Delgadillo started the match for SC Braga in their Taça da Liga Feminina final against Benfica. The match ended 0-0 during regulation time and even during extra-time, forcing the match to penalties where Braga would come out victorious. It appears Delgadillo played the full duration of the match.

Briana Woodall was subbed out due to injury for Jana Sachs in the 26th minute in SPG SCR Altach / FFC Vorderland’s 2-0 win over FC Bergheim on Saturday, March 19th. We’ve reached out to the club about the extent of Woodall’s injuries but haven’t heard back at time of publish. SPG SCR Altach / FFC Vorderland are in sixth place with 14 points, five behind fifth place FK Austria Wien and 12 points behind first place SKN St. Pölten. Their next match is hosting SK Sturm Graz on Saturday, March 26th.

Silvana Flores made her Ipswich Town debut, coming on for Bonnie Horwood in the 59th minute in a FA Women’s Cup match against West Ham United on Sunday, March 20th. West Ham won 1-0, eliminating Ipswich from the competition. Ipswich Town’s next match is hosting Plymouth Argyle on Sunday, March 27th in league play.

Emily Alvarado played all 90 minutes in Stade de Reims 2-1 loss to Paris FC on Saturday, March 19th. Reims are in seventh place with 20 points, six behind sixth place Bordeaux and 29 behind first place Lyon. Reims’ next match is at Montpellier on Saturday, April 2nd.

Kenti Robles subbed in for Lucía Rodríguez in the 78th minute in Real Madrid’s 3-1 loss to archrivals Barcelona in the first leg of the UEFA Women’s Champions League Quarterfinal series. The second leg will be at Camp Nou on Wednesday, March 30th. Real Madrid’s next match is hosting Levante on Saturday, March 26th.

Umeå drew Piteå IF 1-1 in a friendly on Saturday, March 19th. It’s not certain if Bri Campos played for Umeå. Umeå’s Damallsvenskan season opener is on Sunday, March 27th against Häcken.