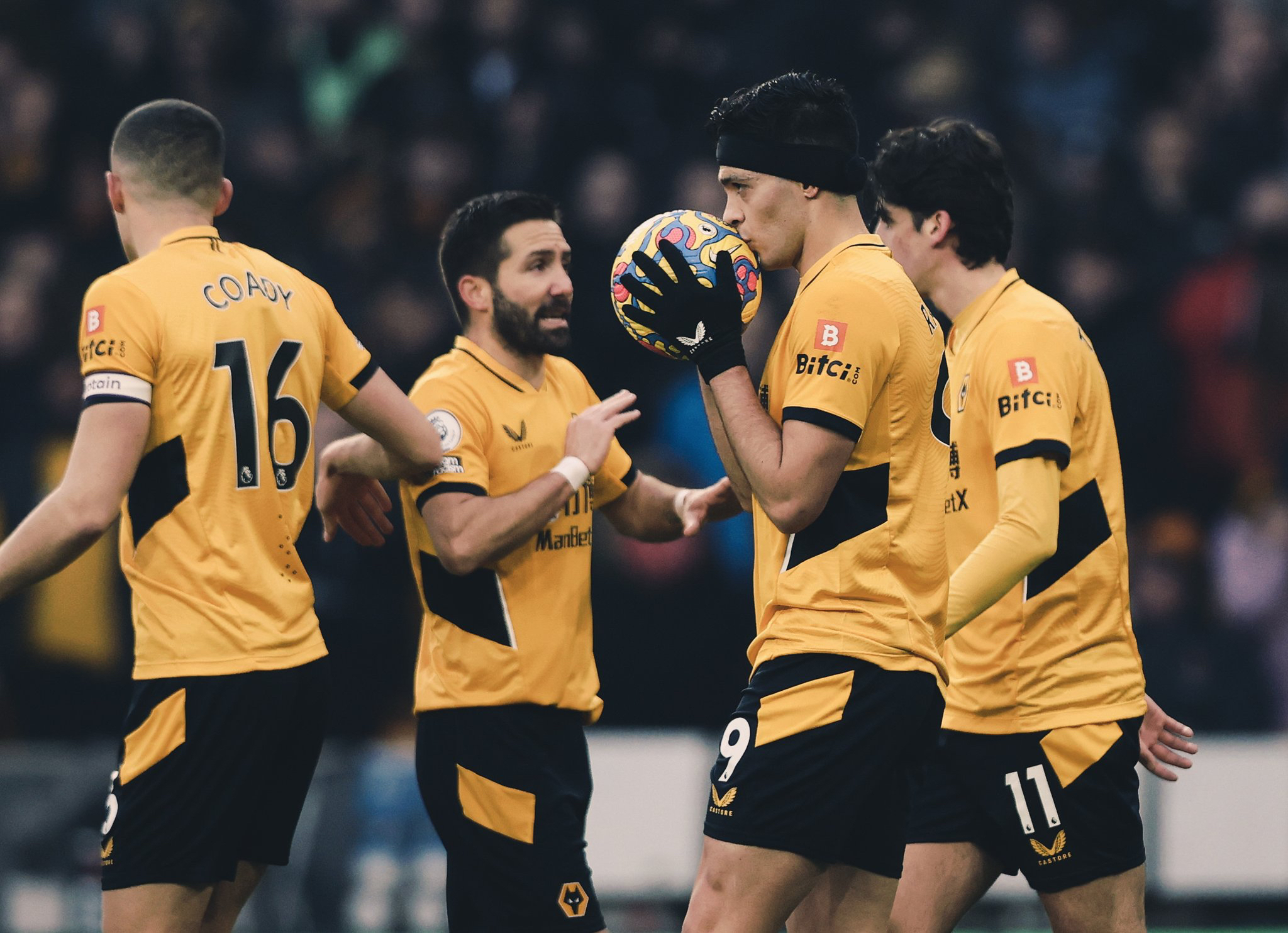 FutMexNation is here to bring you an update on our Aztecs Abroad as Chucky secured a brace, Raul Jimenez scored against his favorite rival, and a tight race continues in the Eredivisie.

After suffering from an injury and then being suspended for a red card, Chucky Lozano brushed off the match against Fiorentina to deliver two strong goals in Napoli’s 2-0 victory over Bologna on Monday. It was vintage Chucky for both finishes, as he found his space and executed cuts when necessary to secure his brace. With only ten days to go before World Cup Qualifiers, having Lozano in form at the right time is much needed.

Raul Jimenez continues his strong start going into 2022 as Wolves gained a comfortable 3-1 victory over Southampton over the weekend. Last week he provided an assist and this week he opened up the scoring with a goal in the 37th minute by converting his penalty kick, holding onto a 93.5 percent effectiveness against goalkeepers, having only missed two penalties in his entire career.

Apart from the goal, Jimenez was very active, winning three duels and receiving two fouls. He also had fifteen precise passes along with a 75 percent passing accuracy. Raul and company will travel to West London next Saturday to take on Brentford and have the opportunity to pass Manchester United in the standings should they win.

A tight race is brewing in the Eredivisie this season between PSV and Ajax, as both teams won their matches this weekend, bringing PSV up to 46 points while Ajax has 45 points.

Erick Gutierrez continues his great season, this time going the full 90 minutes in PSV’s win against Groningen and supporting his case for a potential international call-up soon. His game stats including five complete long passes, ten duels won and a 90 percent passing accuracy. Their next match will be on Thursday against Telstar in the KNVB, then comes the match that could define the season as they take on Ajax at home on Sunday.

Real Betis 2 – 1 Sevilla (Andres Guardado and Diego  Lainez both did not feature their Copa Del Rey matchup against Sevilla, saw the game from the bench)

Real Betis 2 – 1 Sevilla ( Jesus “Tecatito” Corona, after departing from Porto, Tecatito made his move to La Liga and made his debut for Sevilla  in the 67th minute)

Atletico Madrid 1 – 2 Athletic Bilbao ( Hector Herrera played only six minutes in Athletico’s loss to Bilbao for the semifinals of the Spanish SuperCup.)

Napoli 2 – 5 Fiorentina ( Hirving “Chucky” Lozano had a game to forget in Napoli’s loss in the Coppa Italia. Where he saw a red card in the 84th minute for a harsh foul and he also had a shot go off the post)

FC Utrecht 0 – 3 Ajax ( Edson Alvarez played the full 90 minutes in Ajax’s win. Having 64 precise passes along with a 97 percent passing accuracy. He also won six duels and had three clearances.)