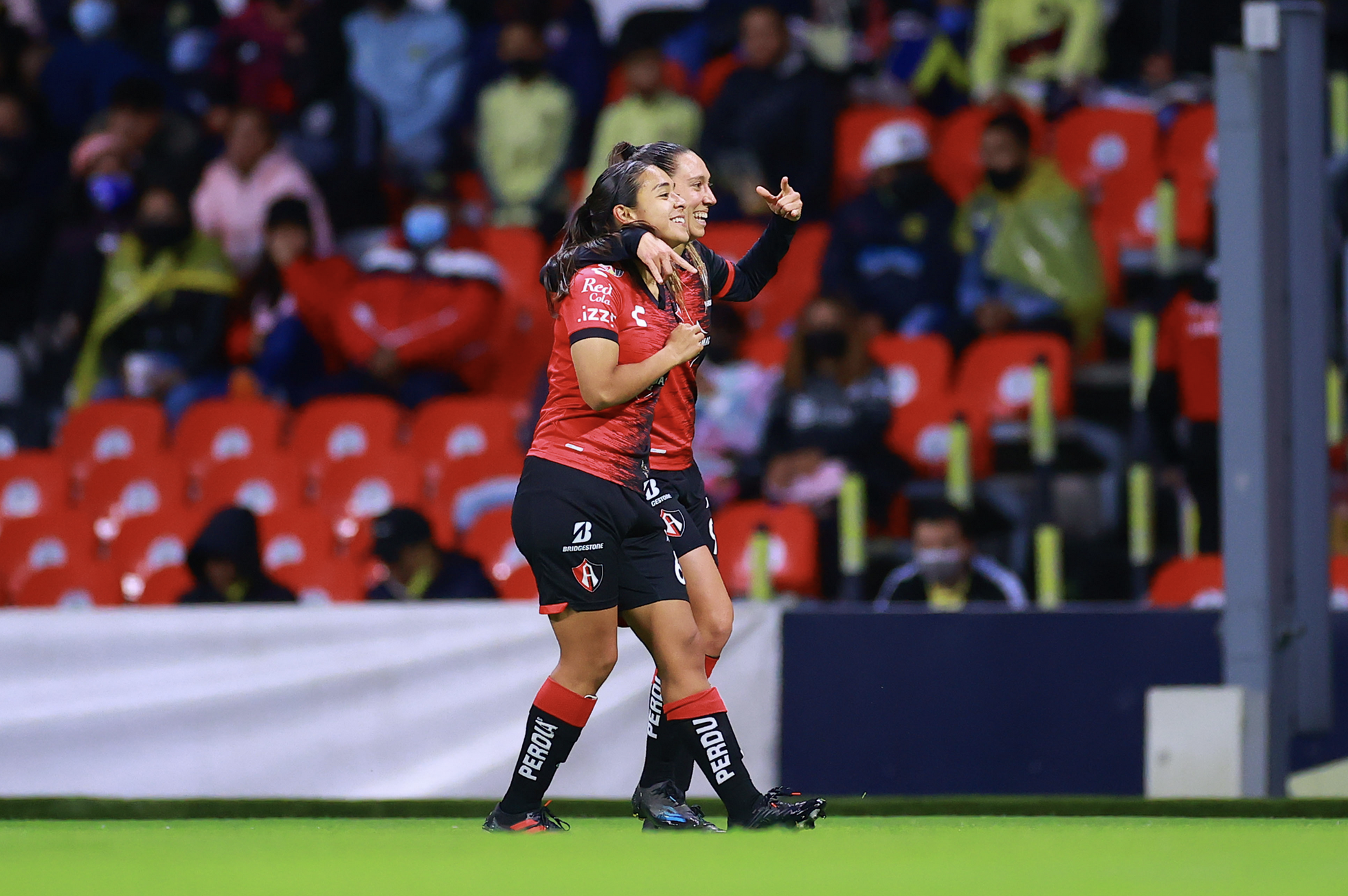 Eight games were played, twenty-three goals were scored, and tons of talking points came out of the first week of action in the Liga MX Femenil Clausura 2022 season. Let’s recap the highlights.

America didn’t have an ideal start. A few of their new signings (and their starting goalkeeper) were missing and will be missing for the foreseeable future, but America’s start to the Clausura 2022 season was unexpected against an Atlas side that had no new assets of their own. Just seven minutes into the match, a poor clearance from Acuña would give Atlas’ Iturbide enough space to get the ball past the defenders and give her team a surprising lead early in the match. From there, America struggled to find the back of the net despite challenging the Atlas defense, including a couple of harsh missed opportunities from Dani Espinosa. A red card for Karen Luna with thirty minutes left to play followed by a missed penalty kick for Las Aguilas only made matters worse. Natalia Mauleon would salvage the draw in the 77th minute but it will be a match to reflect on for America heading into Week 2.

Chivas start off on the right foot. A Licha Cervantes goal seven minutes into the match reminded Chivas Femenil fans that the most crucial parts of the team were still intact after seeing some big names leave prior to the start of the season and the confidence only grew from there. Pachuca would level it in the 15th minute but Caro Jaramillo would regain the lead one minute later. Michelle Gonzalez would get the third followed by Licha securing her brace (and the temporary continuation of her Golden Boot lead) to gain the three points for the night. The season is still young but it seems as though Juan Alfaro has the tools he needs to take this team far.

Pumas might be cooking up something positive.  A one-goal victory over a struggling Leon guarantees the victory, but it isn’t exactly a selling point for a team that’s chasing a title this season. Still, with the inspiration of fellow Liga MX Femenil reporter Omar Ortiz, it’s worth noting Pumas’ attacking strategies left a positive impact this weekend. Pumas’ ability to keep possession starting from the back was key in their ability to score their goal three minutes into the match. Bibiana Quintos’ goal was enough for Pumas to get the victory but Dinora Garza’s and Diana Garcia’s movement throughout the midfield opened up space that Pumas will find useful for the rest of the season as they look to gain the upper-hand against teams at the low end of the standings.